The Lexus GX 460 is really old. How old is it? It’s so old, I was still in high school when it launched. This generation of the GX launched for the 2010 model year, and it’s mostly received cosmetic updates in the decade since. And few areas reveal that age more than this luxury SUV’s interior. It’s not all bad, but there’s no question that it isn’t exactly on par with the latest and greatest SUVs from other automakers. Or even its own. Let’s dive in, shall we?

Climbing aboard the GX welcomes the driver and front passenger with broad, thickly cushioned chairs wrapped in soft leather. They’re very much the kind of seats you sit on and not in, and with a decent amount of adjustment, they’re quite comfortable on a commute or on a cross-country trip. Also immediately noticeable is the high seating position and huge amount of glass offering superb visibility in all directions. Between this and the GX’s modest exterior dimensions, it’s quite easy to maneuver. 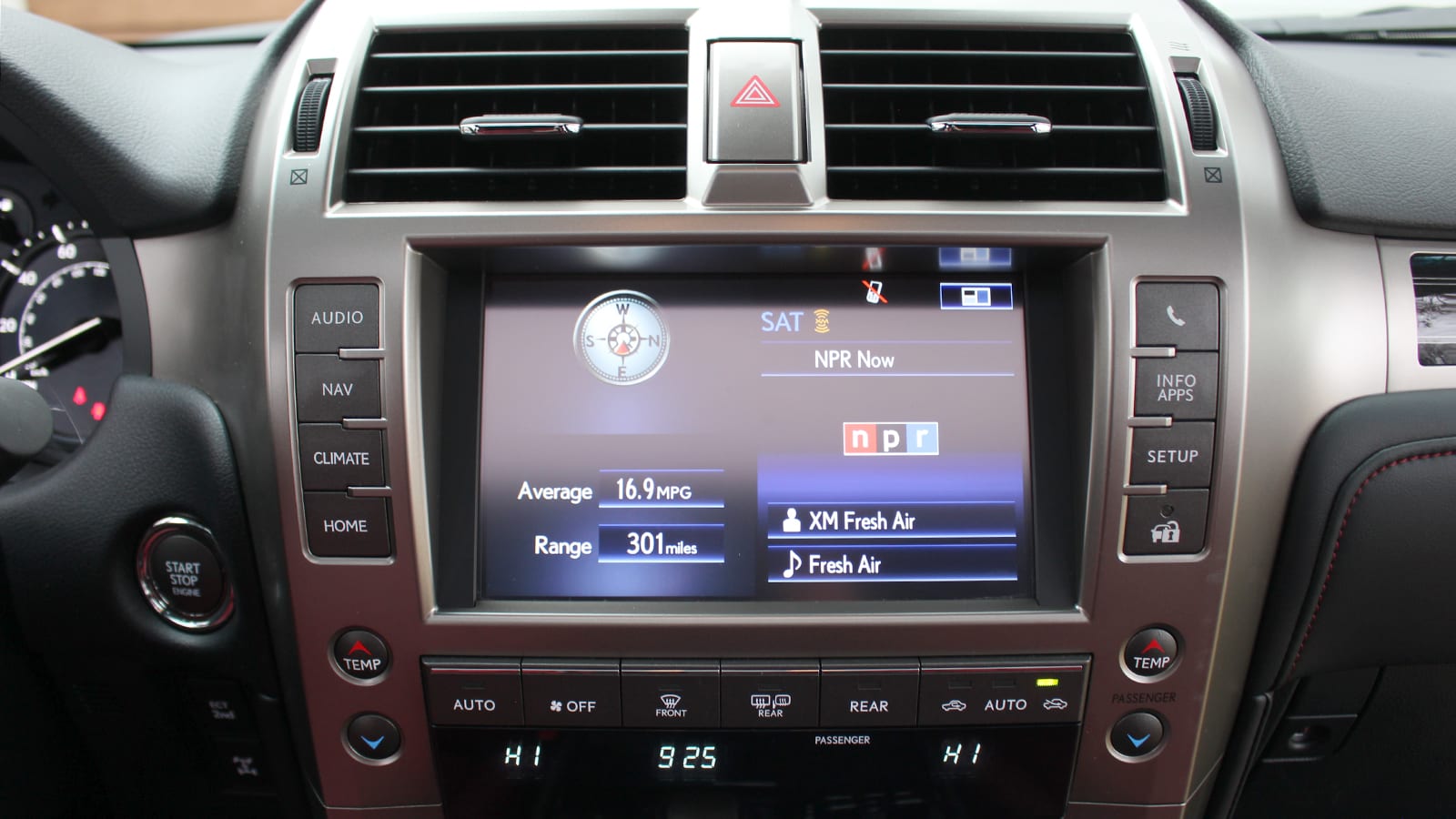 Then we get to the dashboard, and this is where the GX becomes more of a letdown. Aside from the steering wheel, a slightly larger instrument screen with an updated infotainment operating system, nothing has changed in a decade. The prominence of the silver painted plastic is the most disappointing element, as it feels like it would barely be acceptable in a Toyota

Things get a little better when actually interacting with things. The volume and tuning knobs are weighty and smooth like on a nice hi-fi system. Having physical controls for the audio as well as most climate functions are welcome features. The touchscreen system is much more intuitive than the Remote Touch mouse and touchpad systems Lexus rolled out in later years. It’s fairly responsive, and the shortcut buttons on the sides are useful. Another sign of age is the lack of Apple CarPlay and Android Auto. But hey, you get a CD player, remember those? 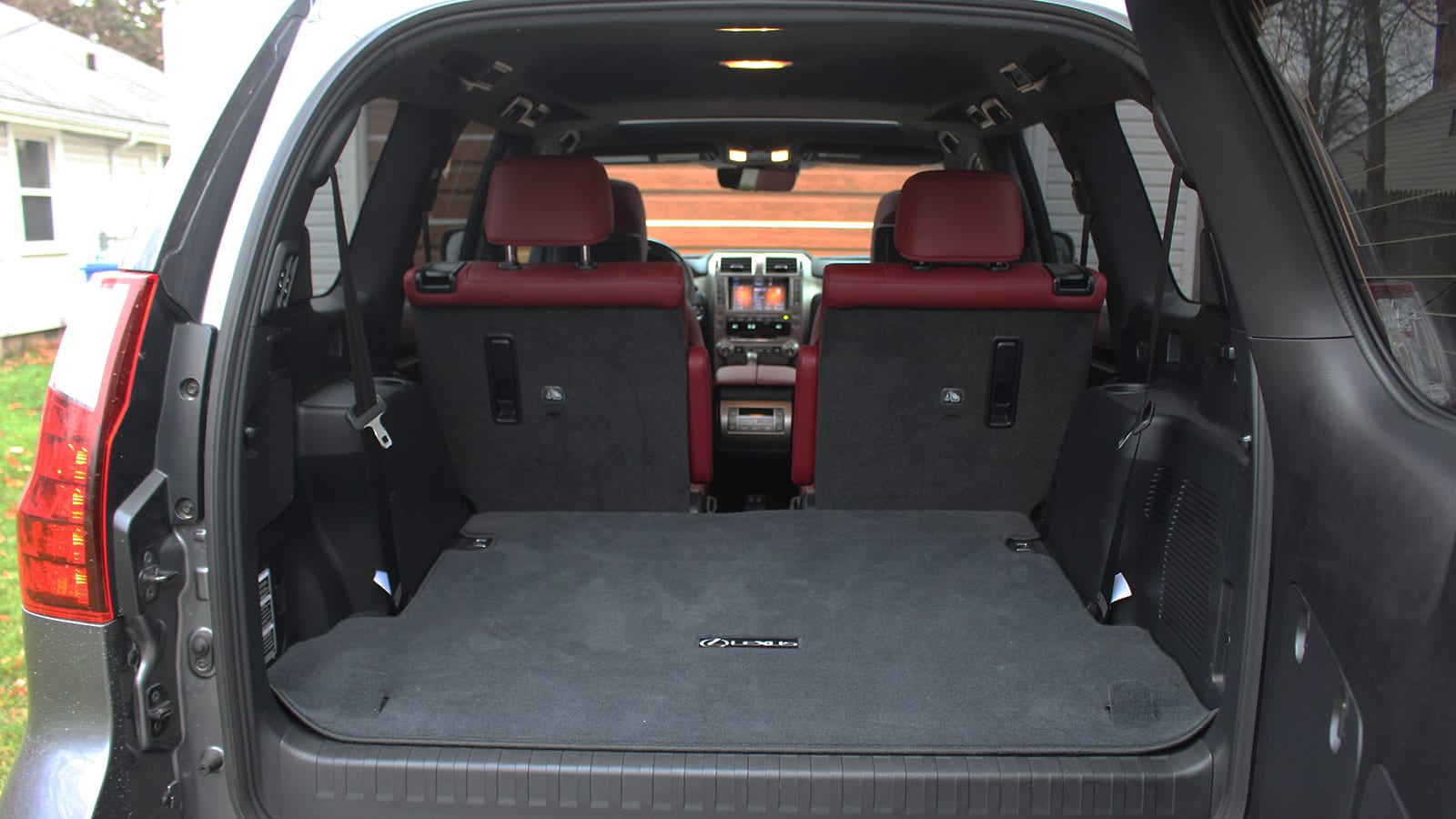 Part of the reason buyers choose a decently sized SUV is to carry additional people, and second-row inhabitants should be fairly comfortable. The GX comes standard with a bench seat, but captain’s chairs are optional. There’s enough leg-, knee- and headroom for adults to fit, though people with particularly long legs may brush front seatbacks. The middle-row seats are firm compared to the fronts, though they do have a comfortable recline. The least pleasant part is that your feet are up a little high due to the body-on-frame construction, so your legs may be angled oddly and not comfortably for long trips.

The GX does technically have a third row of seats. However, adults and teenagers will find that they offer very little legroom and are close to the floor. Large crossover competitors like the Volvo XC90 and Lincoln Aviator are far more livable for a greater age and size range. Not only that, those seats take up virtually all the GX’s cargo space when in their power-operated upright position. Lexus says there’s 11.6 cubic feet of space behind the third row, but very little of it is actually usable. Owners may want to keep the third row semi-permanently folded down in order to enjoy the 46.7 cubic feet they’ll get in return. In case they need even more space, there’s 64.7 cubic feet available with the second-row seats folded. The GX also has a solid 6,500-pound towing

The Lexus GX is a thoroughly dated SUV, particularly inside. The good news is that being dated isn’t entirely a bad thing (note the lack of Remote Touch) and that the comfort features are still fully stocked. You can also take solace in the fact that nothing is new or unproven, so it can be relied upon for a long time. It’s absolutely not for everyone. Really, we can recommend quite a few more modern machines with nicer interiors, as well as nicer driving experiences. But there are no doubt people out there who will be charmed by this old-school luxury SUV.

VW ID. Buzz spy photos give us our best look at the retro electric van