is known for its legendary indestructibility, and we’re all eager to find out how the recently launched, all-new 300-series fares against its ancestors. However, it turns out that they are not invincible, especially when a transporter carrying a fleet of them crashes en route to a dealership

The accident took place in Salalah, Oman, and involved six new 2022 Land Cruisers. According to MSDAR News‘ Twitter post, the car carrier they were riding on overturned. Photos of the mangled vehicles circulating on social media show that it was no minor incident. Many of the new SUVs have caved-in roofs and sheet metal that’s absolutely shredded. A couple of them look like they were flung from the trailer. Fortunately, the same Twitter account reports that there were no casualties.

The SUVs were then transported to another location with several other Toyota vehicles in the parking lot, including a Hiace van and Land Cruiser Prado (what we get as the Lexus GX

). The daylight video shows the extent of the damage, with plenty of twisted metal to go around. Some are so flattened it looks like Godzilla stepped on them. 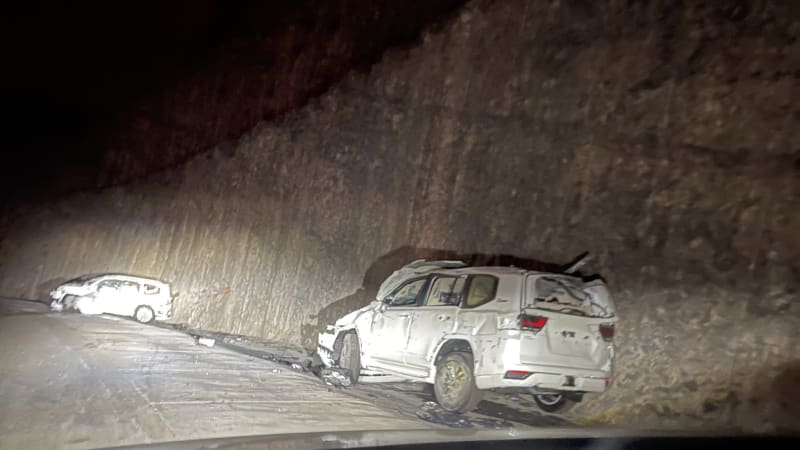 The Land Cruiser is an aspirational vehicle in many areas of the Middle East, and the new LC300 is very much the “it” car of the moment. That’s why the Dubai police and Civil Defense service (fire and rescue) — known for their fleet of supercars

— were among the first to take delivery of them. Therefore, this is akin to seeing a trailer of new Corvettes utterly destroyed here.

While it’s always sad to see a bunch of highly desirable cars get demolished, at least Toyota is still making them. It would be far more tragic if these were classic Land Cruisers instead.

GMC Hummer EV up close, BMW says farewell to i3, Volvo details its electric remake: The Week In Reverse