PALM SPRINGS, Calif — It may not look like it on the outside, but the 2022 Volvo XC60 Recharge is a substantially updated plug-in hybrid SUV. In fact, the entire XC60 line is refreshed for the 2022 model year, but we’re going to zero in on the Recharge PHEV.

Volvo let us spend a day behind the wheel of the newly-announced “extended range” Recharge model in sunny California, and we came away with far more feelings than expected from this Swedish crossover. Just so everybody is on the same page, the “extended range” Recharge represents a mid-model-year refresh of the XC60 Recharge. There were 2022 model year XC60 Recharge models sold prior to today that featured the same electric hardware as prior model years, and therefore featured the old EPA-estimated electric range of 19 miles on a full charge. The “extended range” model that we drove bumps that all the way up to 36 miles, nearly doubling the previous range. Volvo says that these new “extended range” models are the ones shipping to dealers

now, not the older model. This is definitely something to be aware of in later years should you find a used 2022 XC60.

So, how has Volvo found this much extra range? The big difference is in the battery pack, going from an 11.6-kilowatt-hour pack to an 18.8-kWh pack. Volvo managed to package a third layer of cells into the pack that it didn’t have before, and it did so in the same space as before — it continues to run along the car’s spine in the center tunnel area. Volvo claims that this more energy-dense battery pack will take 5-8 hours to charge when hooked up to a 240V power source, so you should easily get a full charge by leaving it plugged in overnight, assuming you have the applicable charging hardware.

This new battery pack is paired with a totally revamped powertrain setup. The layout is the same as before. That means there is an electric motor positioned on the rear axle that drives the rear wheels and a gasoline engine in front that exclusively powers the front wheels, thereby giving the XC60 Recharge all-wheel drive. To our delight, both the electric motor and the gasoline engine are new this year. 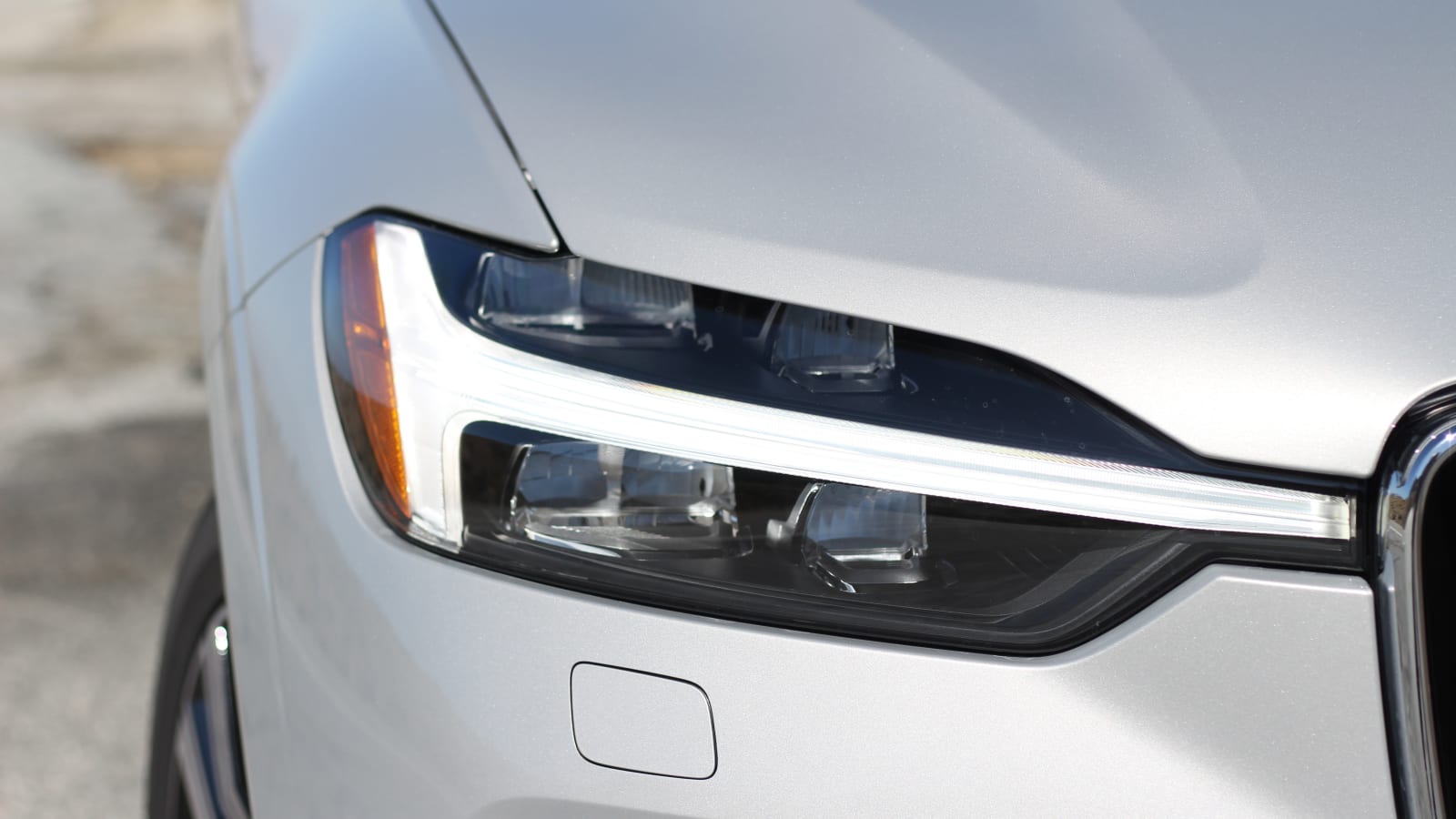 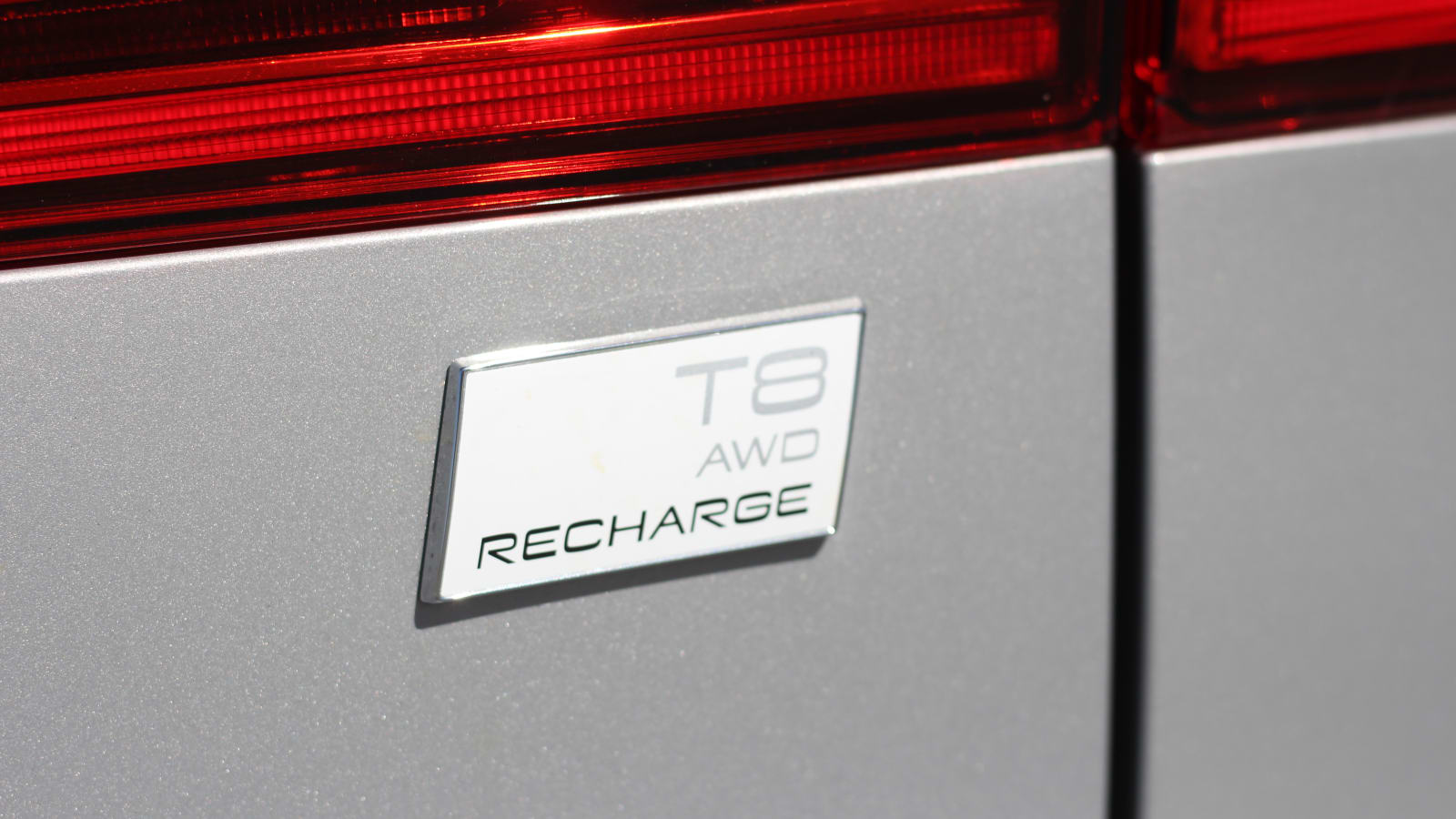 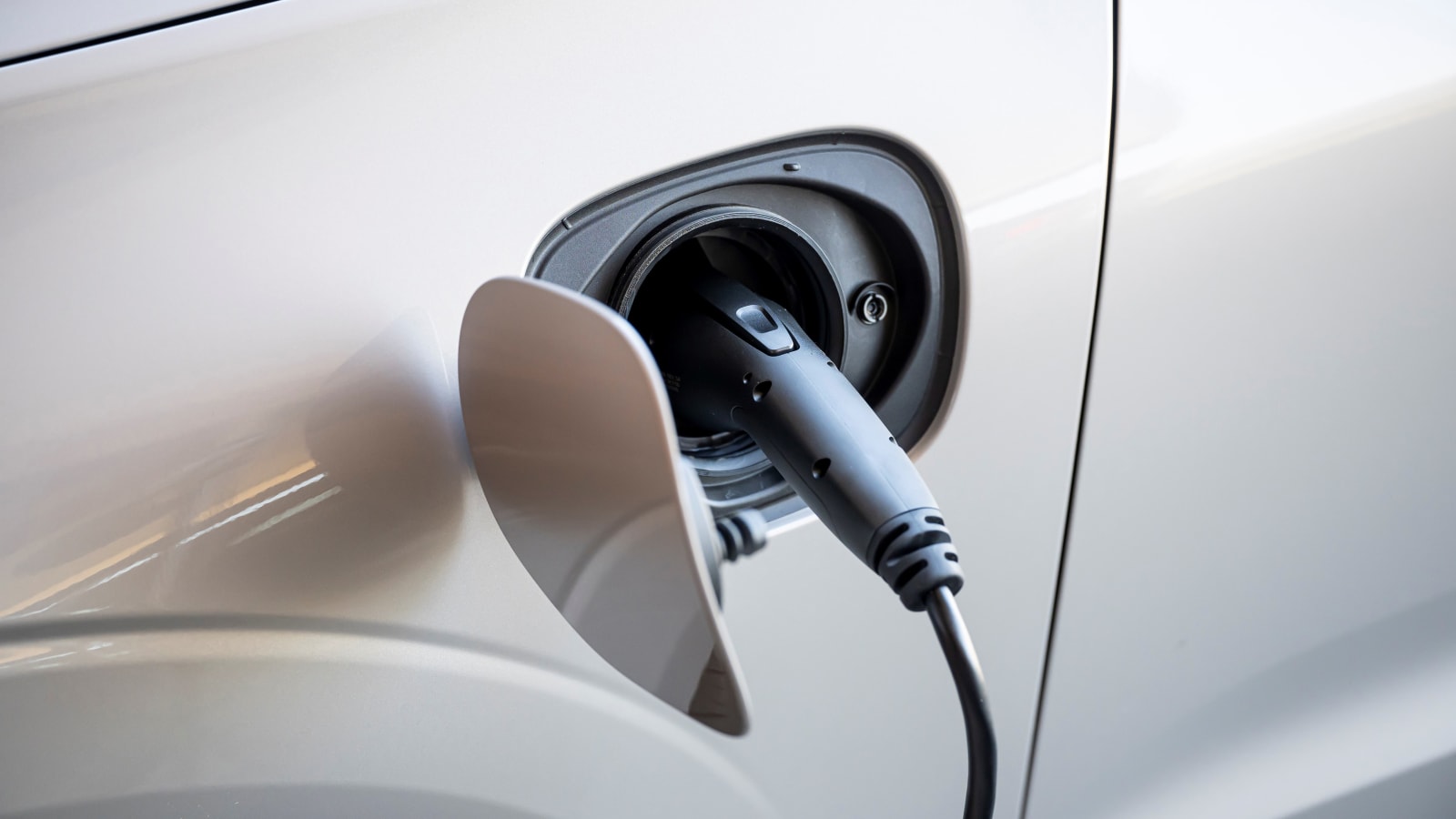 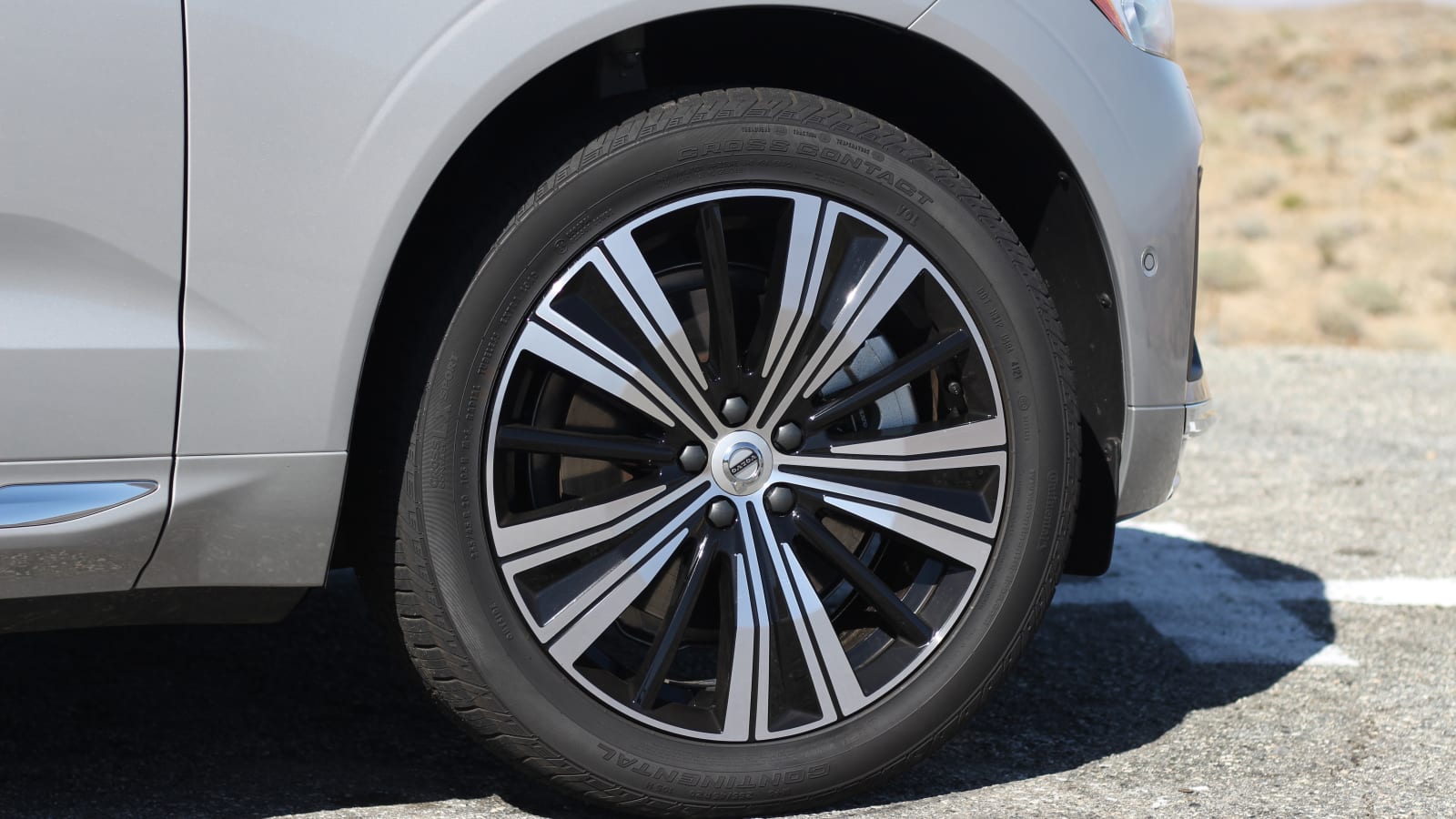 The new rear electric motor represents a big power boost, with 143 horsepower greatly surpassing the old motor’s 87 horsepower. Ultimately, this means that the XC60 Recharge is now significantly more enjoyable to drive in its purely electric mode (aptly named “Pure”). Power is more than sufficient to keep up with exuberant traffic off the line, and it’ll even comfortably get you up to highway speeds before maxing out at 78 mph. So, not only can you go much further than before using battery power, but it’s also a much more pleasant experience that won’t have you stressed out about the car’s lack of acceleration. Alternatively, it limits the need for the gasoline engine to kick in under heavy throttle.

These pleasant surprises keep rolling when we get to the gasoline engine part of this hybrid XC60. The 2.0-liter four-cylinder engine that was both supercharged and turbocharged before is now only turbocharged. Yes, Volvo dropped the supercharger, but only for the Recharge (the XC60 Polestar Engineered continues to utilize one in its plug-in hybrid powertrain). To keep this powertrain feeling perky on the low-end, Volvo instead uses a crankshaft-mounted integrated starter motor that both eases the transitions between electric and gasoline power, and adds a torque boost when the supercharger was previously helping matters. To quantify that shove, Volvo says the new helper motor is capable of providing 111 pound-feet of additional torque on takeoffs. The now-turbo-only engine makes 312 horsepower and 295 pound-feet of torque. All systems combined, the new Recharge powertrain provides 455 horsepower and 523 pound-feet of torque. 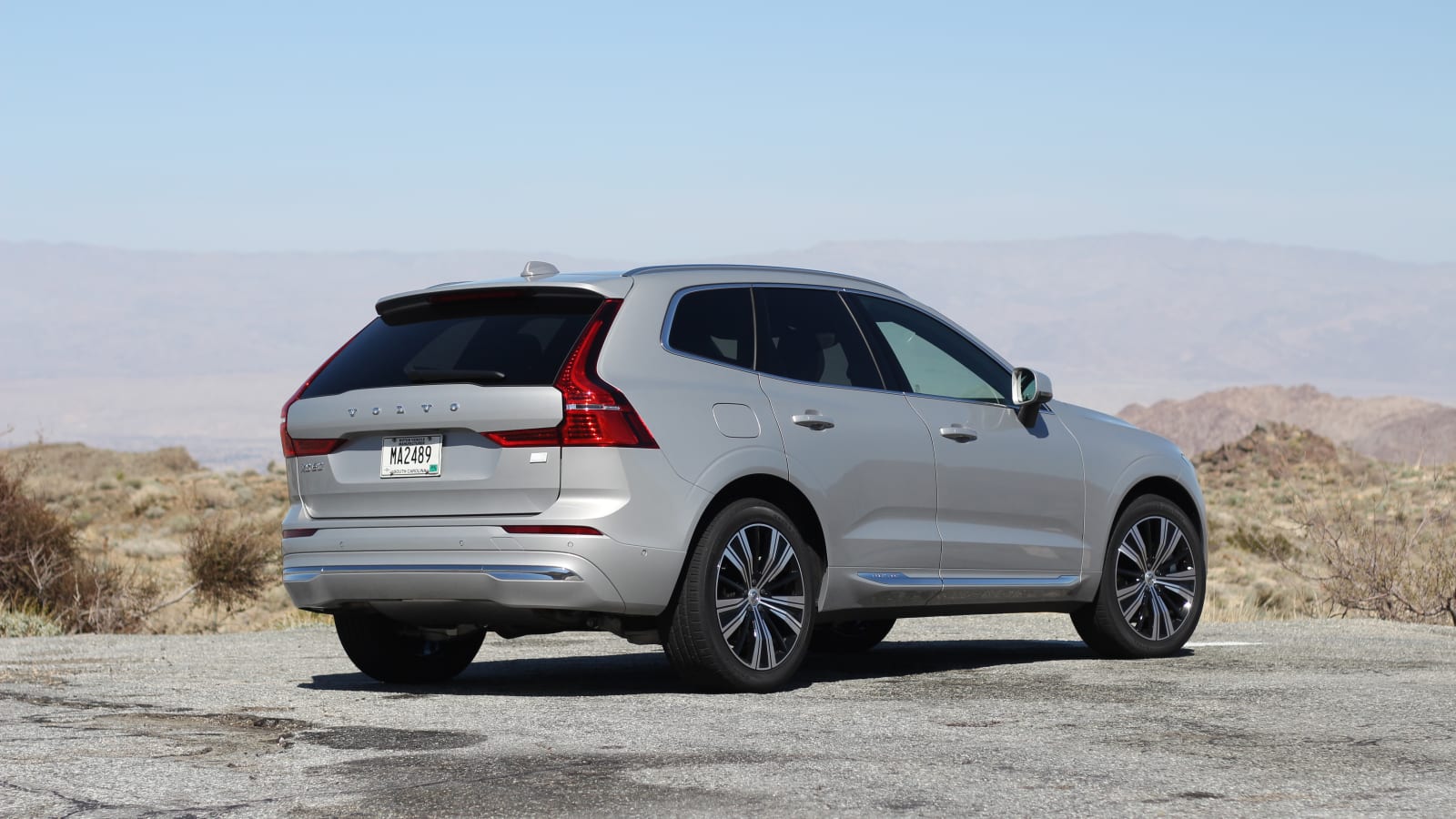 That is a heaping pile of power, and the quoted 0-60 mph time of just 4.5 seconds feels spot-on. It’s a half second quicker to 60 mph than the pre-refresh model, and we’ll attribute much of that to the extra leap it has off the line from the more powerful electric motor. You’ll want to use the “Power” mode to take advantage of this added thrust, as it keeps the engine running at all times, allowing both the engine and electric motor to work in parallel to one another.

What’s even more impressive than the sheer acceleration from this new powertrain is its added refinement. The old T8 powertrain with the supercharger was one of the rougher and more unrefined boosted 2.0-liter engines out there. Now, it’s a shockingly smooth operator with none of the vibration harshness or gruff noises we’ve complained about in the past. Volvo’s claim of the integrated starter motor smoothing transitions out couldn’t be truer. 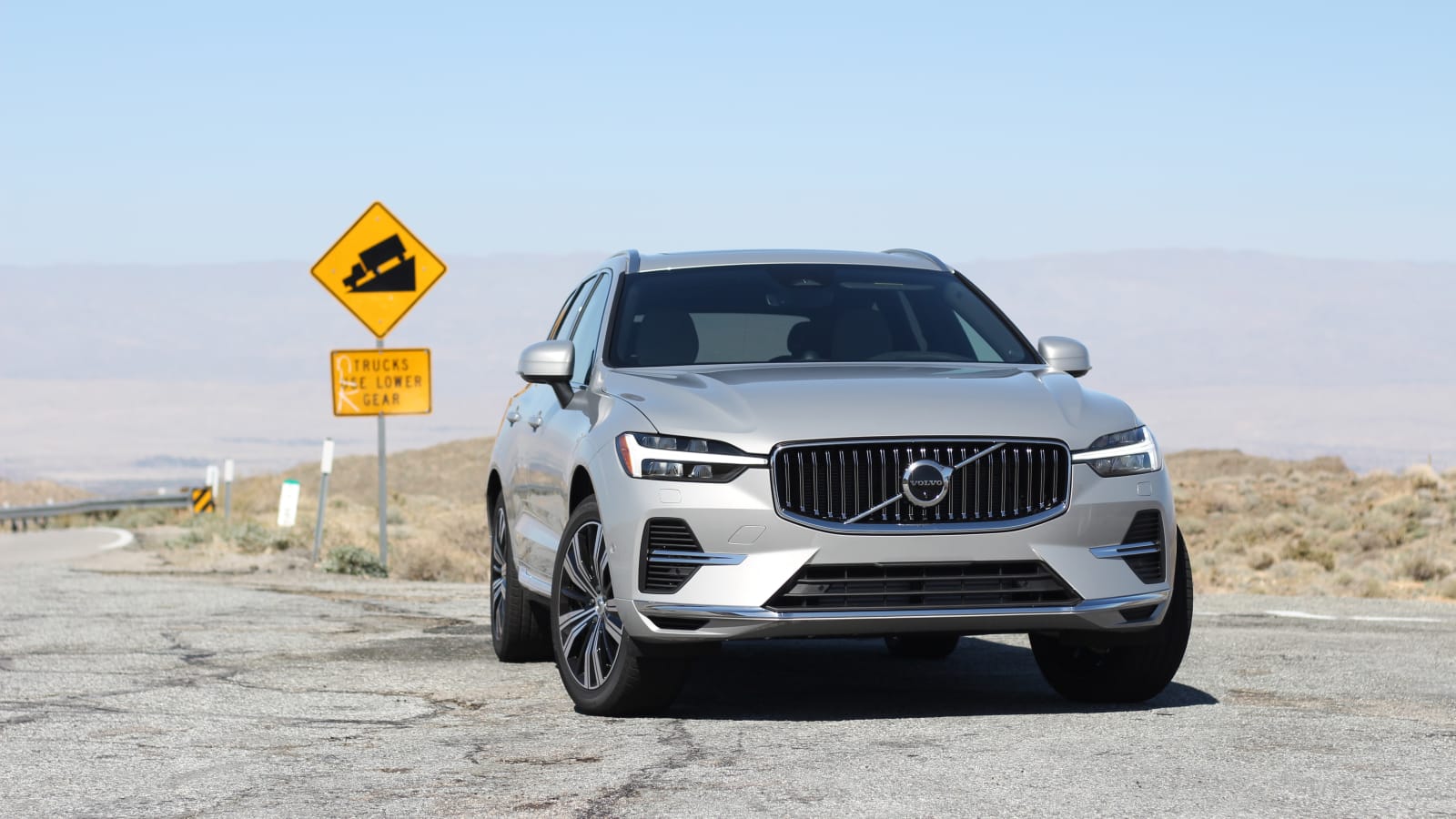 Another area of smoothness we appreciate concerns Volvo’s newly-added one-pedal driving mode for the XC60 Recharge. Plug-in hybrids typically don’t have a one-pedal drive mode — you’ll see options for various levels of automatic regenerative braking, but to have true one-pedal driving in a PHEV is taking the convenience factor to the level of a full EV. The system is strong enough to provide sufficient deceleration in almost all conditions outside of heavy brake applications, but if you don’t want it, Volvo allows you to switch it off for a traditional braking experience. This one-pedal mode is also available on the S90

Recharge for 2022, and Volvo says it’s coming to the rest of its PHEV lineup in the future.

In the realm of things that aren’t very different between this XC60 Recharge and the one before it is handling. Despite the rear motor being far more powerful, the XC60 still drives like a front-drive-biased SUV. Torque steer is present when you try and get the power down out of corners, and while it isn’t debilitating, the feeling is omnipresent when traversing up and down a mountain road with tight switchbacks. Stiffen the adaptive dampers up; slide the toggle over to a mode literally called “stiffen steering feel,” and the XC60 is a willing enough partner. However, it’s just not going to hang toe-to-toe with any of the performance-focused SUVs in its class that are all far more fun to drive. 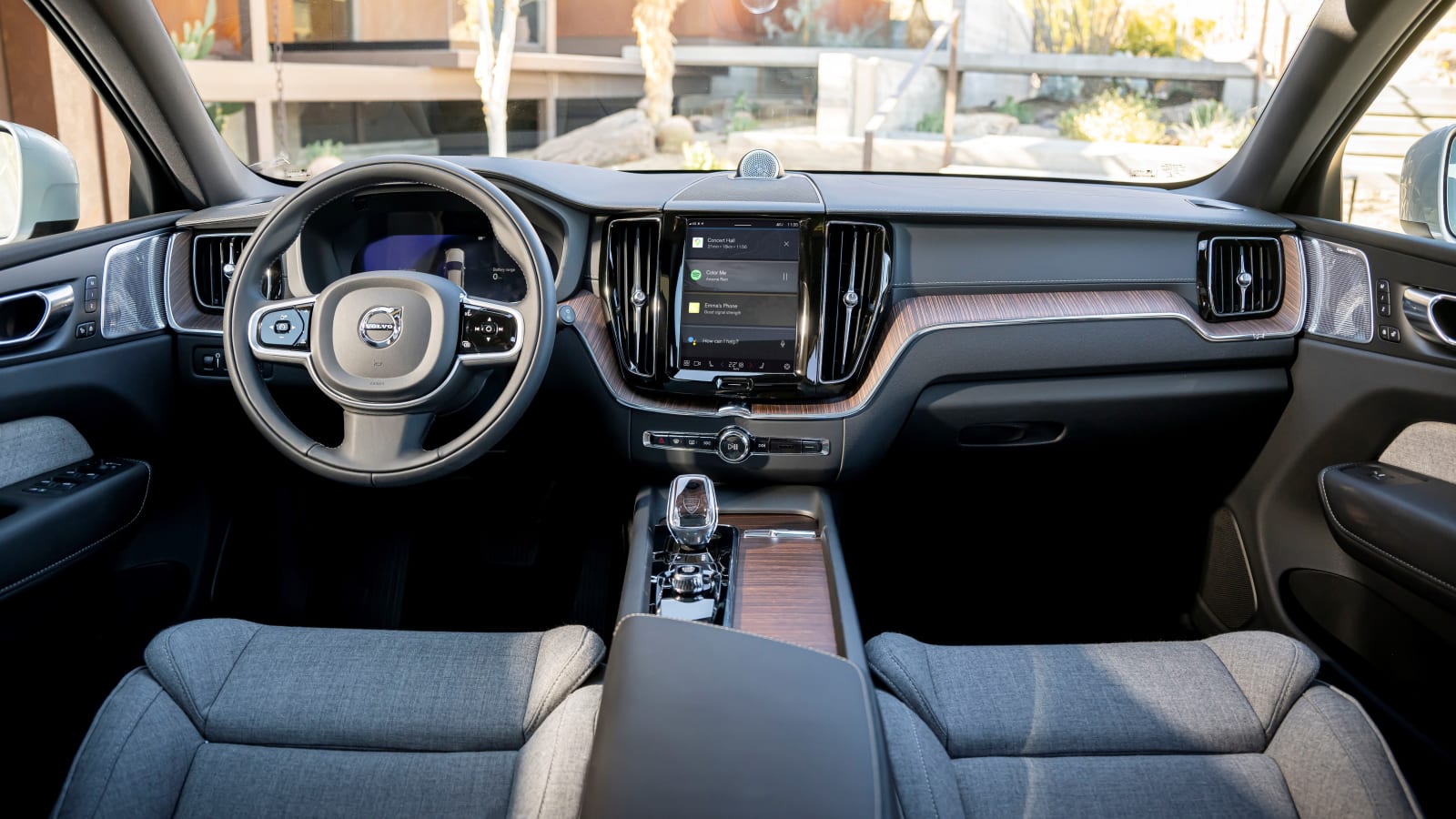 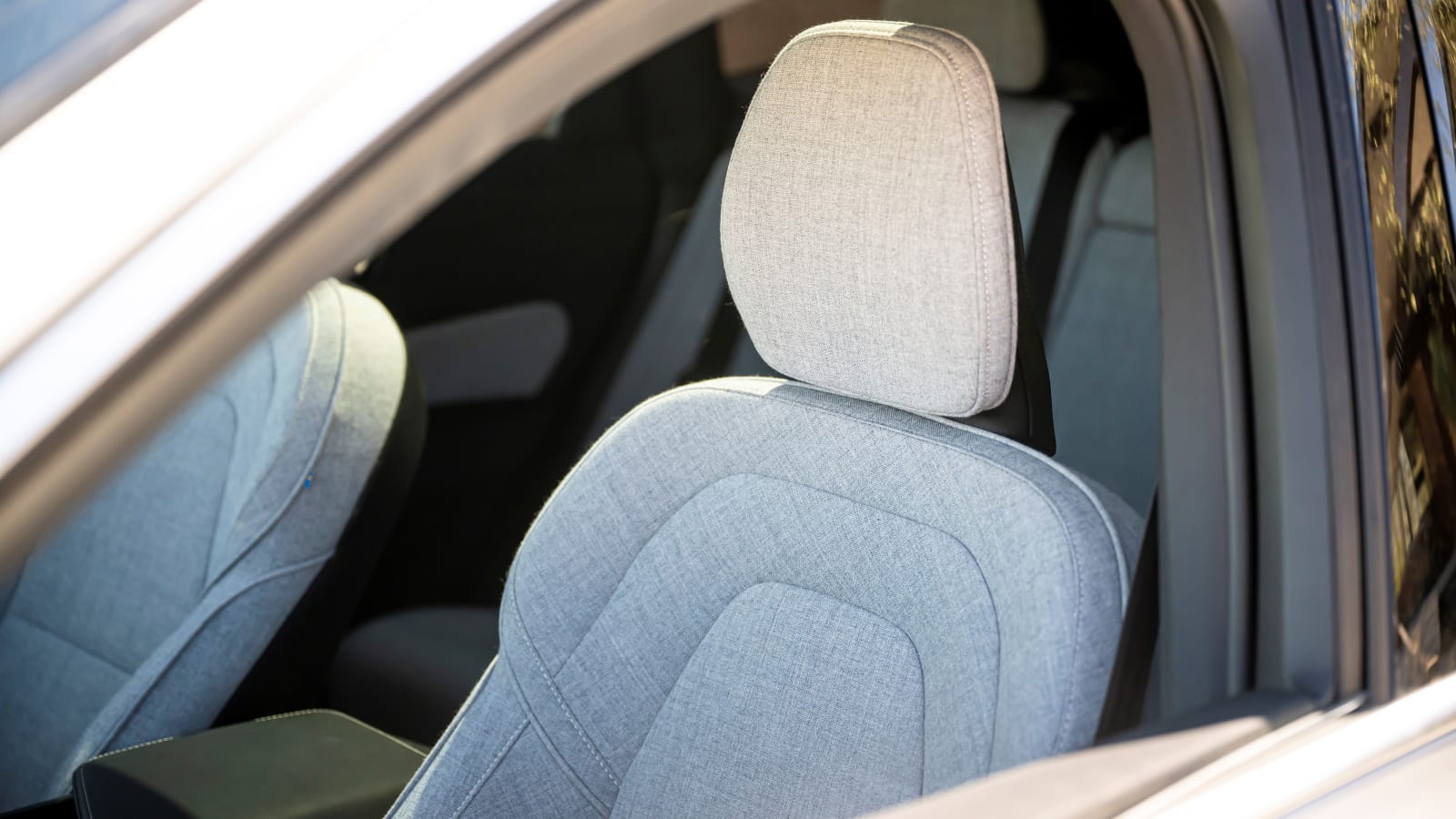 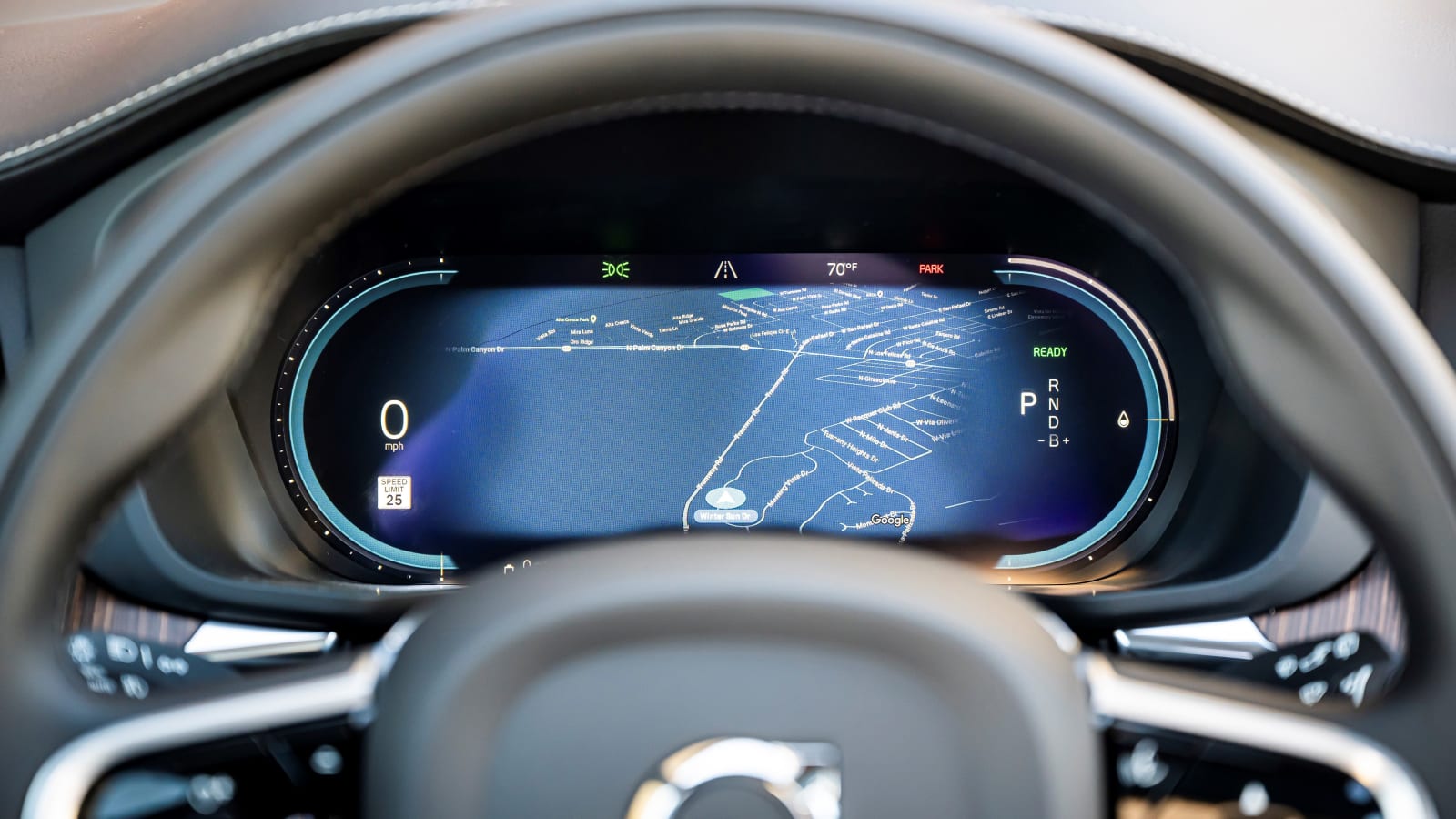 You’re much better off settling back into the Wool Blend upholstered seats (seen in our test car) that look and feel like pure luxury. The new-for-2022, 9-inch infotainment system running Android Automotive OS is the same as what’s found in the electric C40 and will soon be the infotainment system in every Volvo model. It’s within here that you can swap between drive modes (the old roller wheel on the center console is gone), turn the updated Drive Pilot driver assistance systems on and off, and interact with the default Google apps like Google Assistant and Google Maps. Apple CarPlay is not yet supported in this Google-based infotainment system, but Volvo says it’s coming as an over-the-air update in the future.

Those who will be using the updated XC60 Recharge to tote their family around will be glad to know the upgraded battery capacity hasn’t come at the expense of interior space. Rear legroom is exactly the same as before, and cargo capacity hasn’t changed either, meaning the XC60 remains one of the more family friendly options in the class. 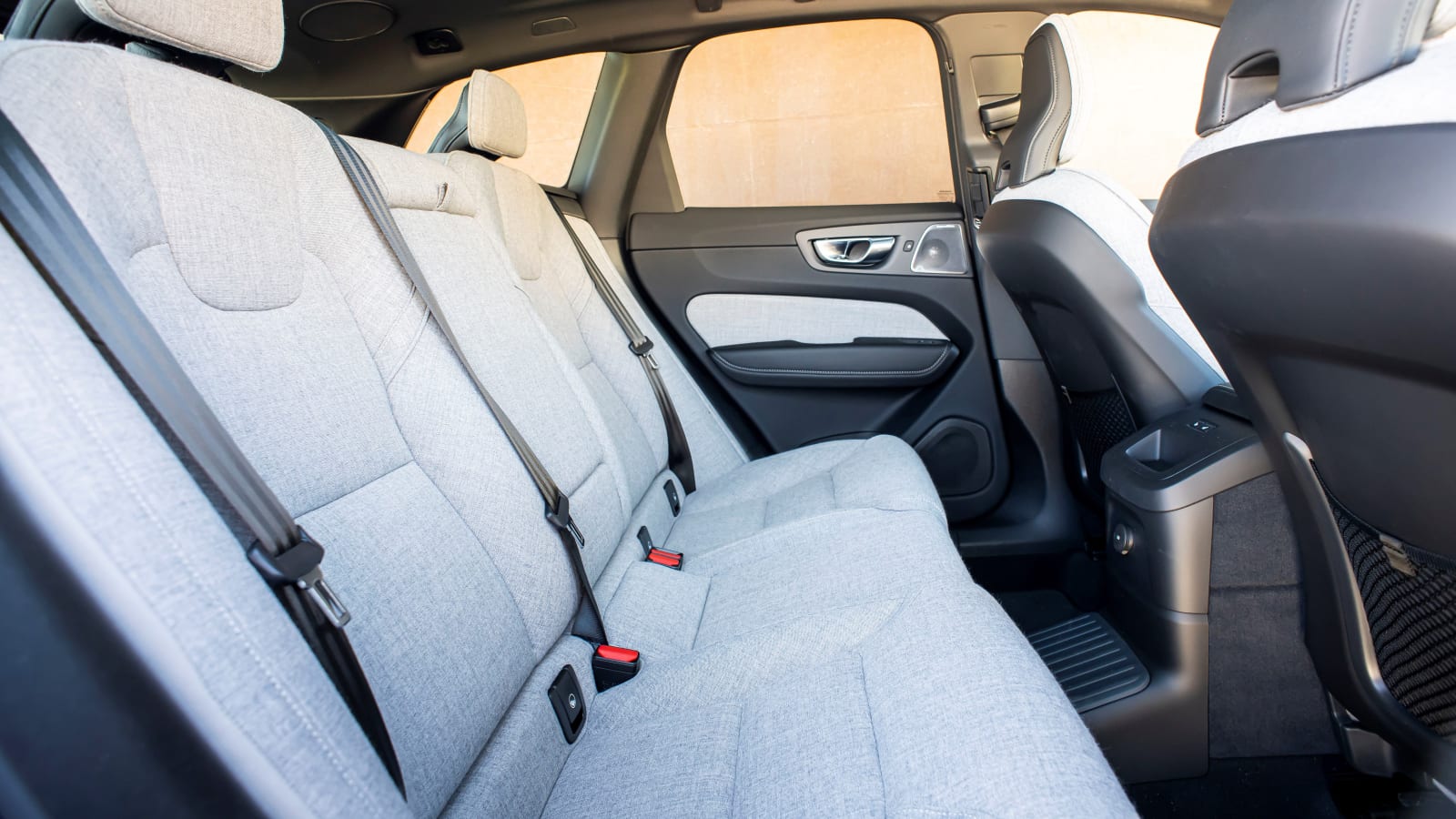 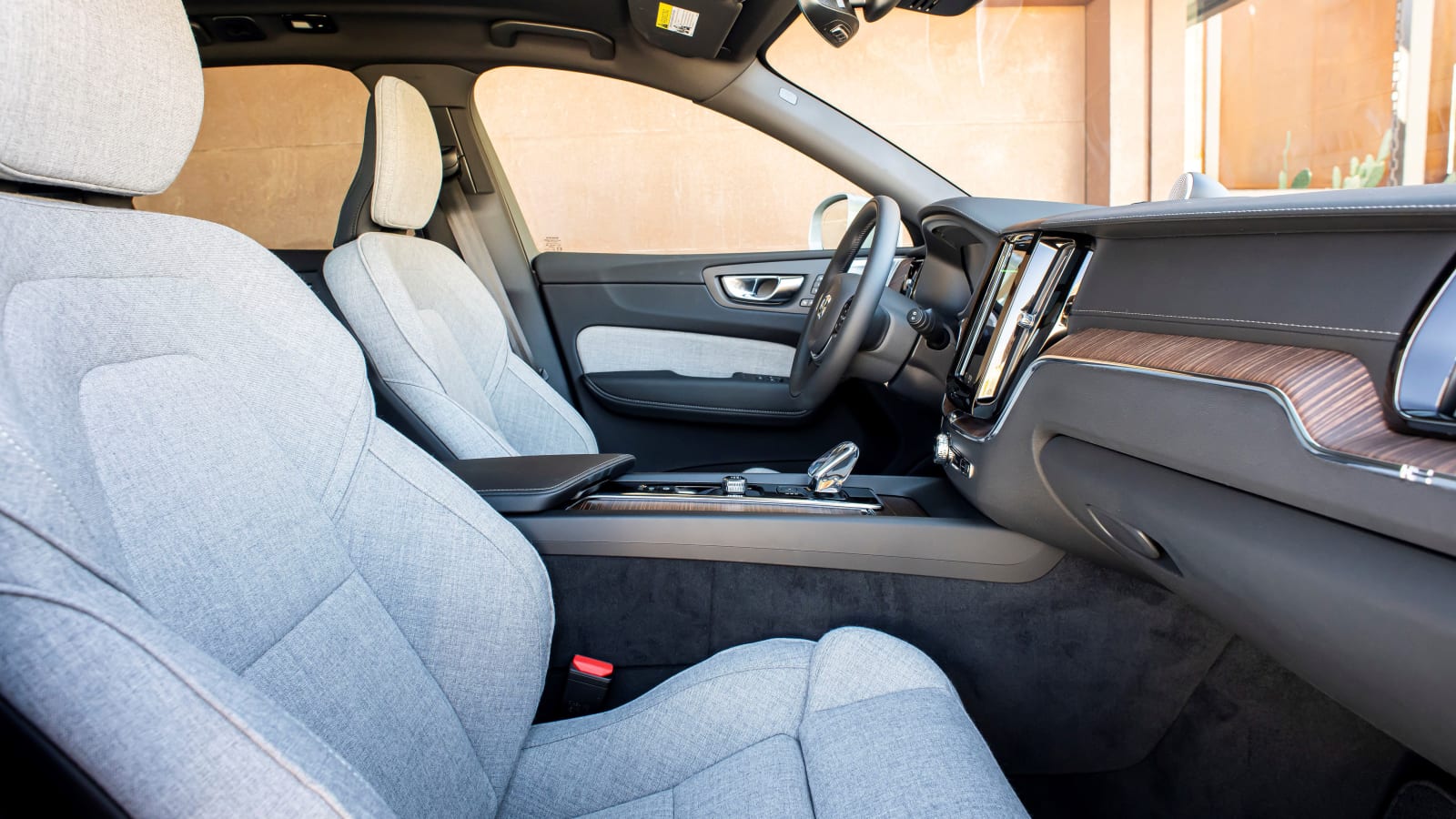 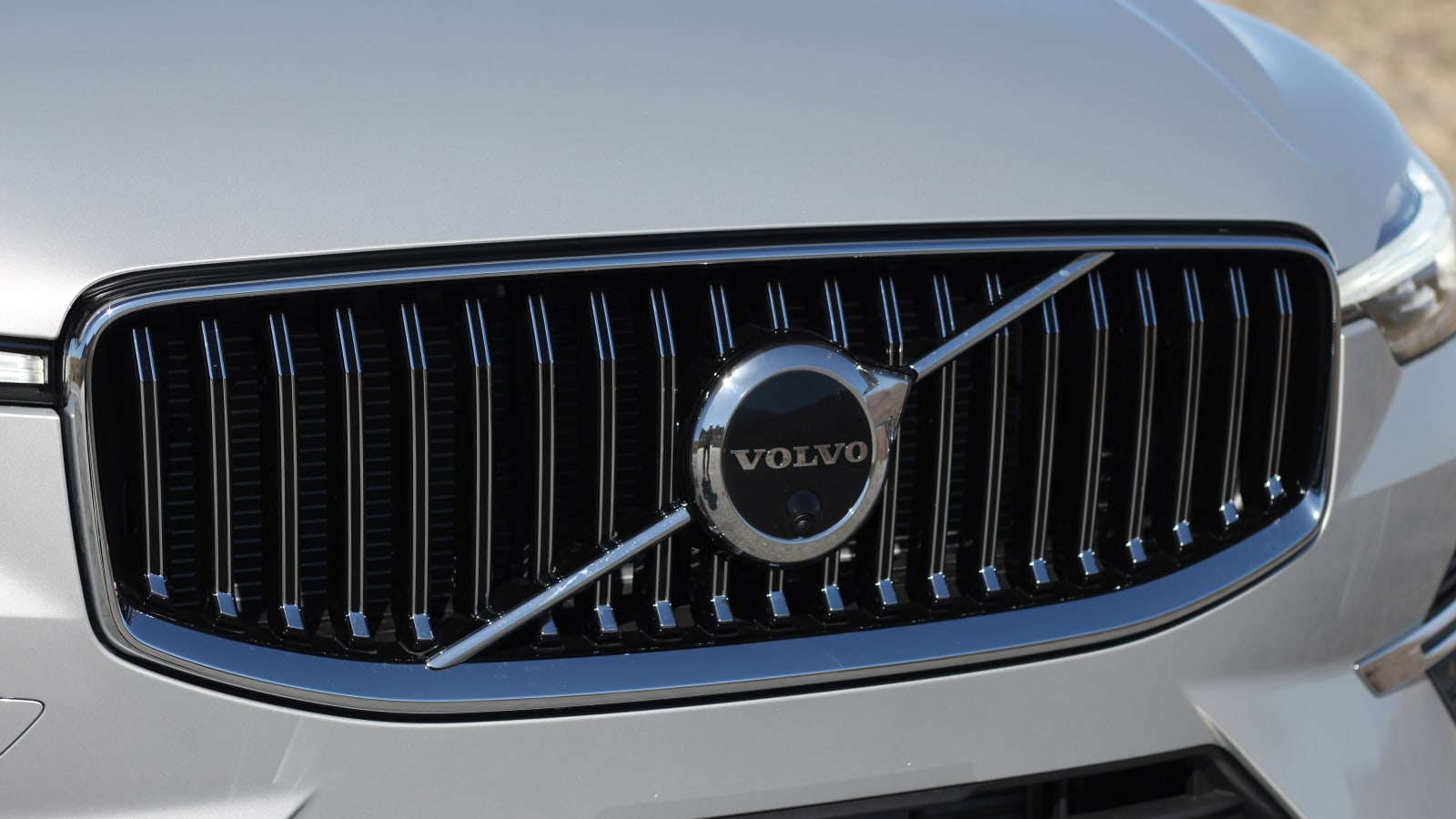 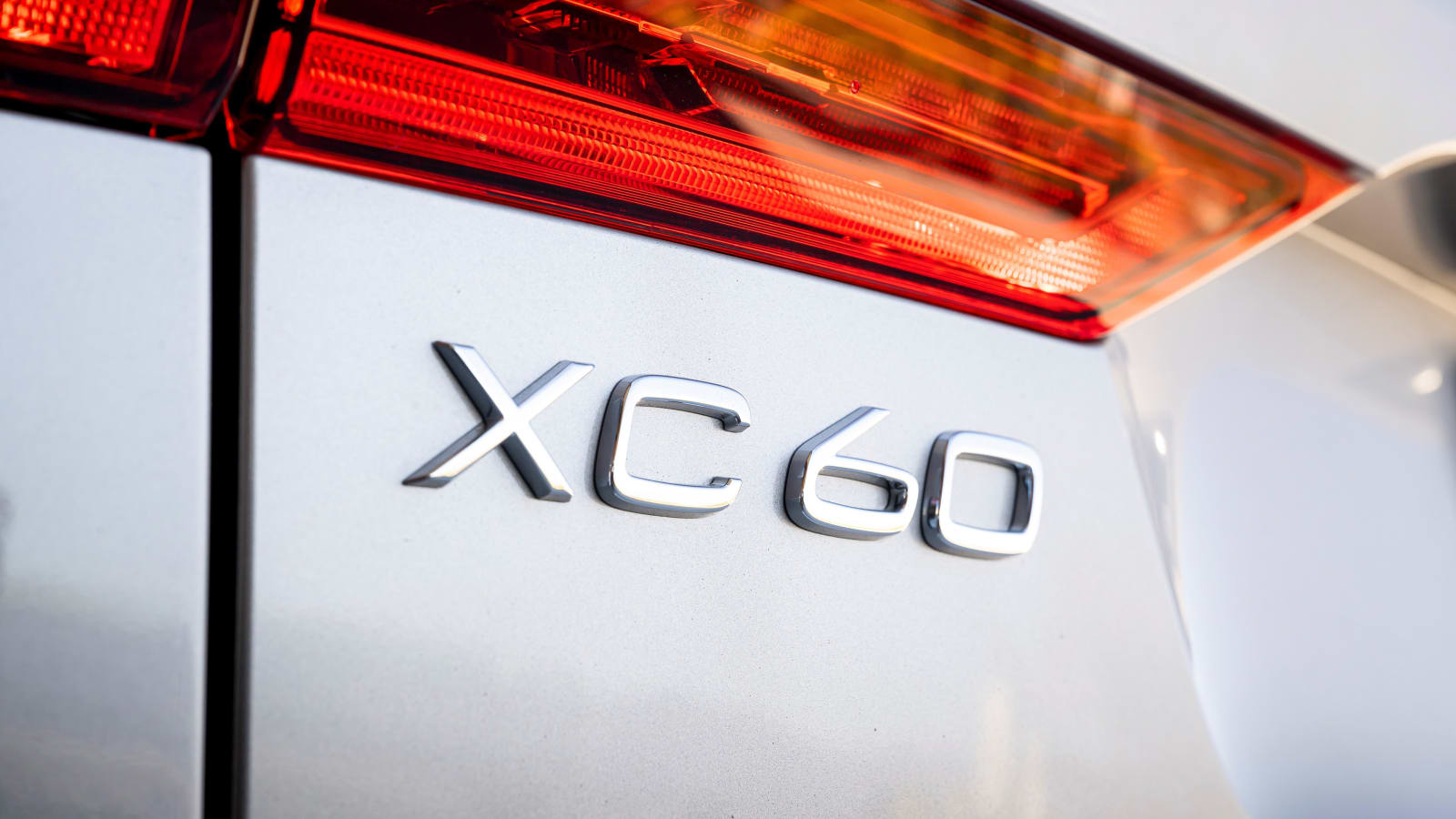 If you were thinking of upgrading for the aesthetics — don’t — this XC60 Recharge is largely about what is underneath, not what’s on the outside. That said, Volvo gave the XC60 a new grille, including a new Iron Mark logo that integrates the radar systems that is also heated to resist ice and snow buildup on the sensors. It gets a slightly different front fascia and also integrates the exhaust pipes under the rear bumper and out of sight. Beyond new wheel and color

options, the new XC60 is difficult to distinguish from the pre-refresh version.

The light aesthetic changes aren’t exactly detrimental to us, though, as the XC60 Recharge looked good before, and now it drives even better. In its most basic form, the XC60 Recharge Extended Range stickers at just $55,345. This is comparable to the Lexus NX 450h+, and a few grand more than the Lincoln Corsair Grand Touring – the only other plug-in hybrid compact luxury SUVs. Like the Lexus, the XC60 is now eligible to take advantage of the full $7,500 tax credit due to the larger battery pack size, making it an even more affordable option. The version we drove crested $70,000 on account of it being a fully-loaded Inscription model, but you don’t need to tick every single box to have a superb plug-in hybrid driving experience.

This update is truly one that addresses our biggest complaints about Volvo’s past T8 Recharge models, and it turns the XC60 into a highly-viable PHEV option for somebody who might not be ready to take the plunge into a full battery electric vehicle. The “Extended Range” powertrain is an update that is scheduled to be released across the whole Volvo PHEV lineup, too, modernizing all of the Recharge models in what looks to be an exceptional way.