Details and specs were hard to come by when the next-generation 2023 Kia Sportage was revealed last month. We got to see what it looked like inside and out, but today we get to learn much more about Kia’s redesigned crossover.

For starters, Kia provided powertrain details. We know that the base engine is going to be a 1.6-liter turbocharged four-cylinder. Power is listed at 178 horsepower and 195 pound-feet of torque in Kia’s global-facing news release. However, final U.S. details could see it match the Kia K5’s (the two share engines) output of 180 horsepower, assuming there are no changes to the 1.6-turbo between the two models. Shifting is handled via a seven-speed dual-clutch automatic. Other markets get a manual and a separate diesel option, but neither of those are likely U.S.-bound.

What are likely to come here are the two hybrid models Kia teased out today. Both a standard hybrid and plug-in hybrid model are on the way, but Kia isn’t yet ready to talk about them. We suspect the new Tucson hybrid models will be similar or identical, but Kia hasn’t confirmed that yet. 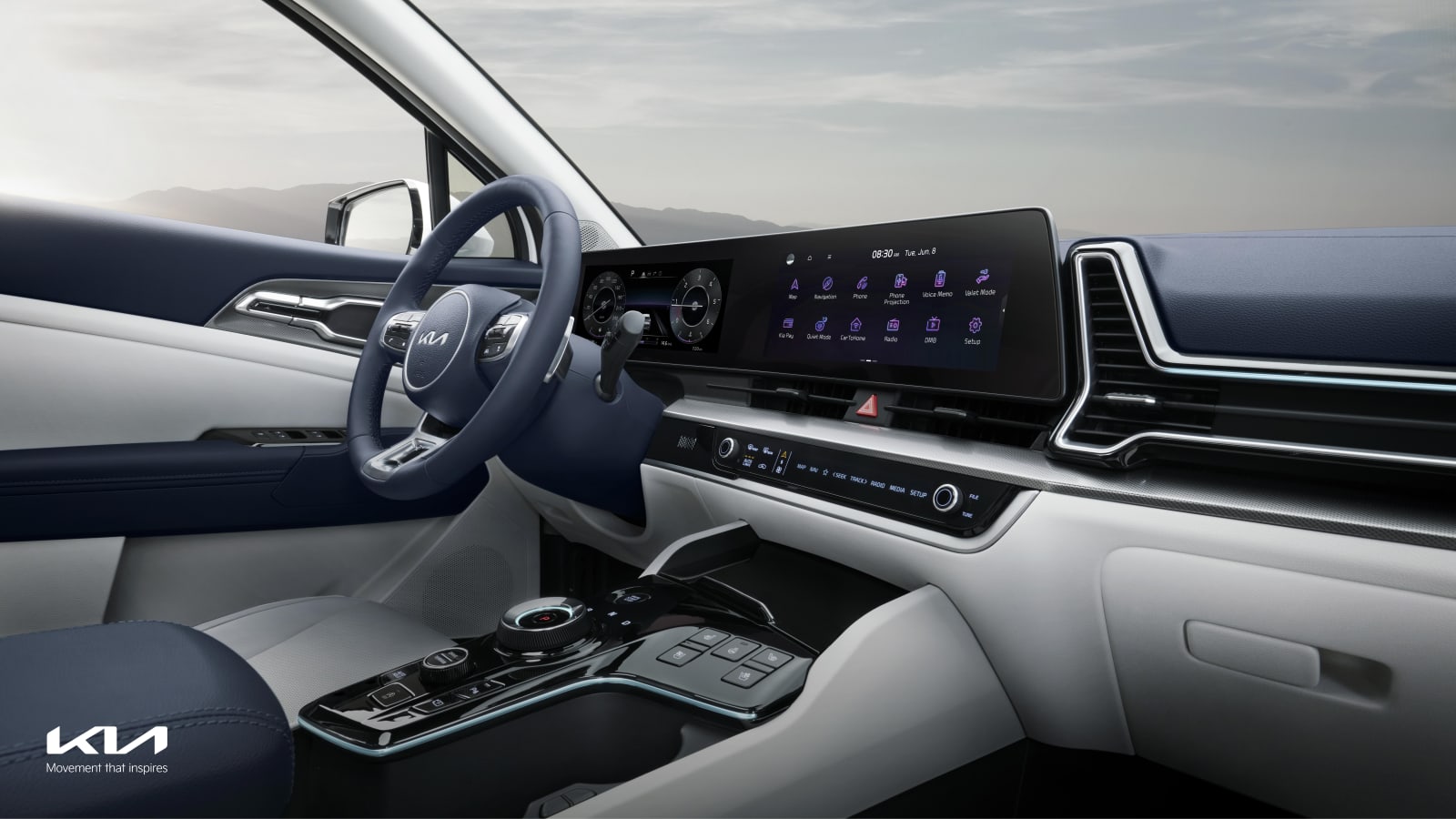 Kia is also talking chassis and handling today. This Sportage debuts a new electronically-controlled suspension with continuously adaptive dampers for Kia. Plus, hybrid models adopt the Hyundai Group’s trick E-Handling system that applies torque or braking force to individual wheels in corners to improve turn-in or help accelerate and pull you around a corner.

There’s also a new Terrain Mode designed for those times you might hit the trails or handle some light off-roading. Kia says the Sportage can automatically detect what kind of terrain you’re on, then adjust the car’s settings to best fit the conditions. An X-Line trim adds off-road appearance items and unique colors (a green interior) to make it appear more rugged. That said, Kia does say the Sportage’s purpose is to be an “urban SUV,” not an off-roader. To embrace the on-road character, Kia is offering a GT Line model that’ll use a two-tone exterior color theme and a two-tone interior with sportier looks.

A few size specs were provided for comparisons. We know the new Sportage will measure 183 inches in total length. That’s just over six inches longer than the outgoing model. Meanwhile, Kia also quotes a rear legroom of 41.3 inches and headroom of 39.4 inches. Those numbers compare quite favorably to the competition. The Honda CR-V comes closest to matching it in rear legroom, but even it falls short to the Sportage. We’ll refrain from making cargo capacity comparisons for the time being, just because the method of measurements changes depending on the market/method, and Kia hasn’t released U.S. figures yet.

Kia says even more details will be available for the new Sportage when it launches globally later this year.