2024 Toyota Tacoma seems to have a rear coil spring suspension

The next-gen Toyota Tacoma is out testing these days, and it appears to be taking a page out of the new Toyota Tundra’s book for its rear suspension. These spy photos give us both a good look at the suspension design and a decent look at the truck

Traditionally, Toyota has used big sweeper-style camouflage to hide its rear suspension from view, but Toyota appears to have removed the guards for the off-road test taking place in these spy shots

. That being the case, we can clearly make out that this Tacoma is not sporting leaf springs in the back. Also, the geometry is similar to what we already know in the 2022 Toyota Tundra. For instance, it features trailing arms similar to the Tundra.

Unfortunately, we cannot see the physical coil spring in these shots, but it’s relatively safe to surmise they’re present given what we can see. Even before laying eyes on any physical evidence, the educated guess would be that the new Tacoma would have a rear coil spring suspension based on reports

that the new Tundra and Tacoma would share platforms. It only makes sense that Toyota would share the smooth-riding love with the midsize Tacoma, and we’re happy to see evidence of that. 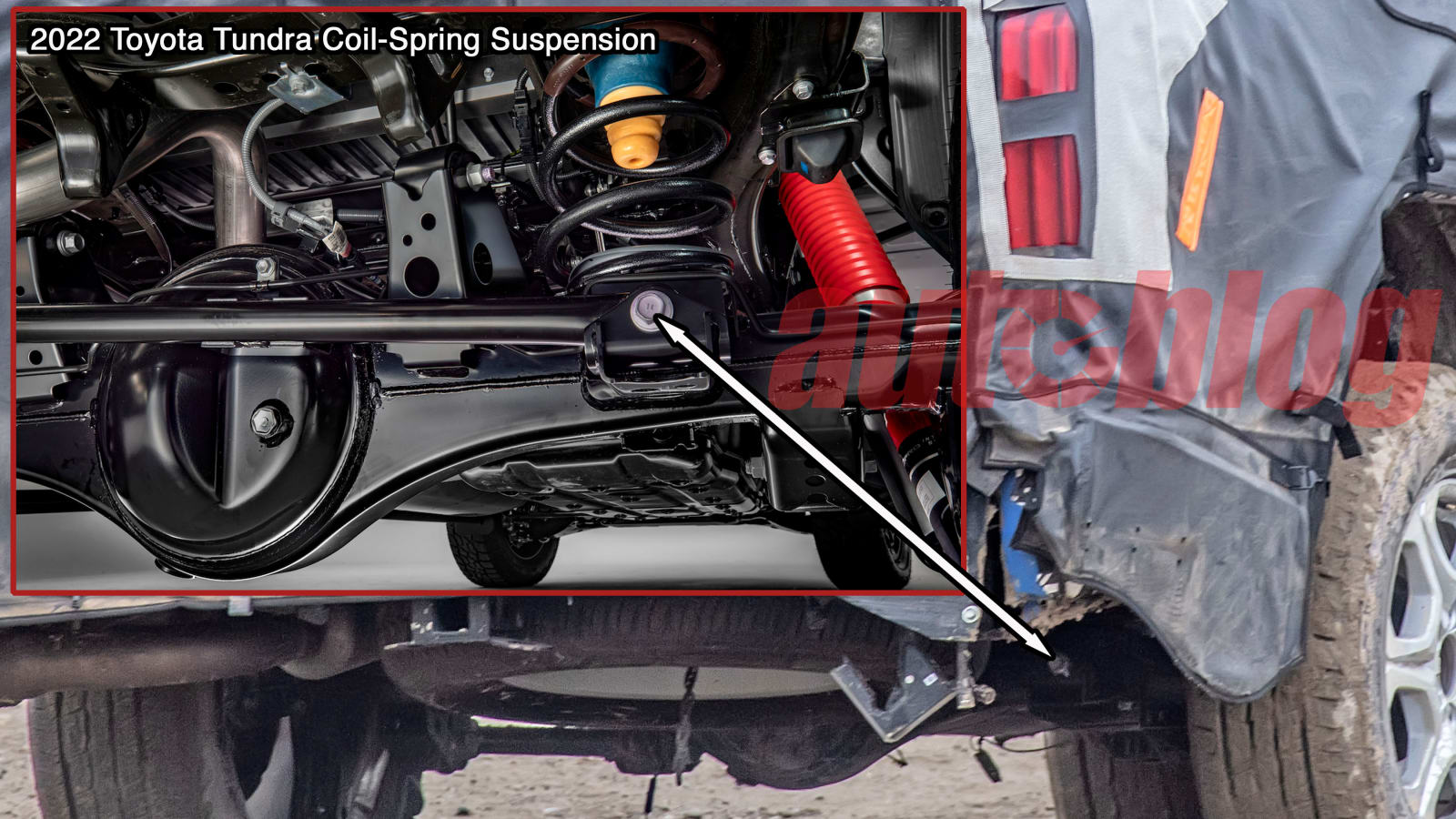 As for the rest of the pickup, Toyota covered it up heavily with canvas and camouflage. A couple notable items we can see peeking through, though, are the front and rear lights. The LEDs up front appear to deviate from the Tundra’s design, but the taillights look like carbon copies of the Tundra’s tails. That vertically-oriented triple-bar LED is quite distinctive, and the only thing that looks drastically different from the Tundra is the sheer size of the light — smaller taillights on the smaller truck make perfectly good sense.

We’ll note that there’s one shot of the interior, too, but it looks to be a total mess and work in progress, so there isn’t much knowledge to glean. Toyota hasn’t made any formal announcements for when the next Tacoma will launch, but our best guess is a reveal for the 2024 model year.

Tell your friends about EVs: Study suggests automakers still aren’t getting the word out