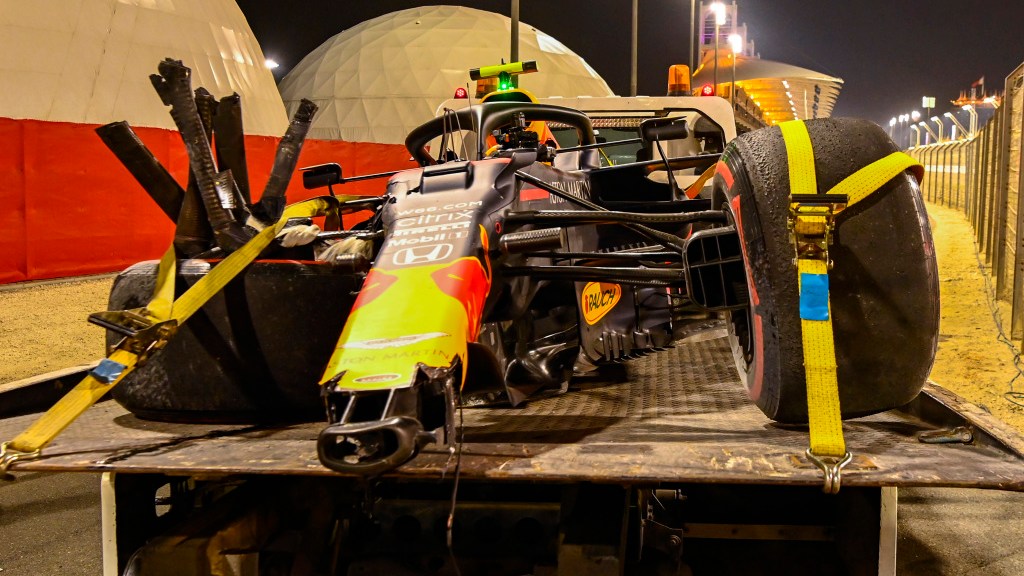 Alex Albon shrugged off his big crash in second practice at the Bahrain Grand Prix but admits he should have backed off more, although team principal Christian Horner defended his driver after the incident.

Halfway through FP2, Albon ran wide out of the final corner and then overcorrected as the car started to slide, pitching himself into the barrier on the outside of the track. The impact was significant and with the car spinning it damaged three of the four corners, with the under-pressure Red Bull driver saying he hadn’t backed off enough once he was off track.

Horner admits the error was an expensive one from a financial point of view, but believes Albon will escape any grid penalties ahead of Sunday’s race.

Horner says there were some promising signs from the earlier part of practice — as well as the last race in Turkey — that he hopes Albon can build on when he gets back in the car on Saturday.

“He’s just got to try and put it out of his mind, because actually in Istanbul and so far this weekend, in terms of characteristics and his feeling from the car, it’s been getting better and better and his feedback has been very consistent of that of Max (Verstappen)’s. It’s a great shame that he’s had that accident. He didn’t get a first lap in on the medium tires so he’s on the back foot and that accident obviously doesn’t help. But hopefully tomorrow is another day.”