Since acquiring Michigan Central Station, Ford has been hard at work restoring the property to its former glory. In the process, workers have made dozens of fascinating discoveries, from sealed rooms to long-lost items. One — a beer bottle containing a handwritten note from 1913 — stood out. Ford historians believe it was left intentionally.

The pre-Prohibition bottle of Stroh’s (stamped July 19, 1913) was found in early May by two plaster restoration contractors named Lukas Nielsen and Leo Kimble. The bottle had been placed behind a section of plaster cornice the two were attempting to remove. A few words on the note were fairly well-preserved. It appears to have been left by two people named Dan Hogan and Leo (or Lee) Smith, who may be from Chicago. It is dated July 1913, so at least we know the beer was pretty fresh. 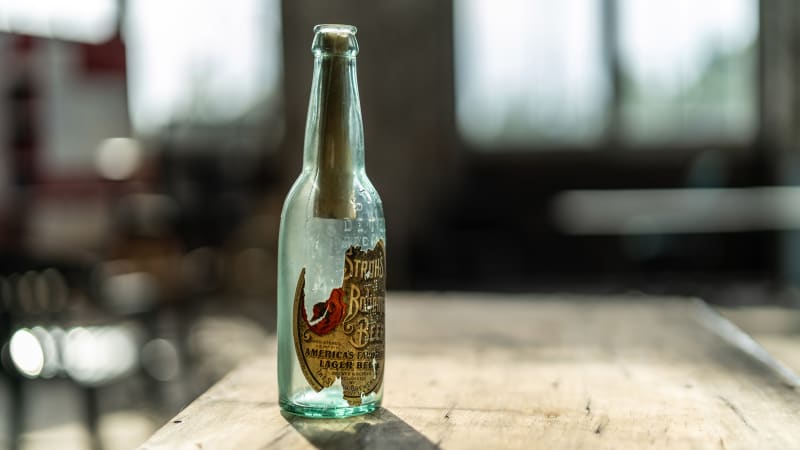 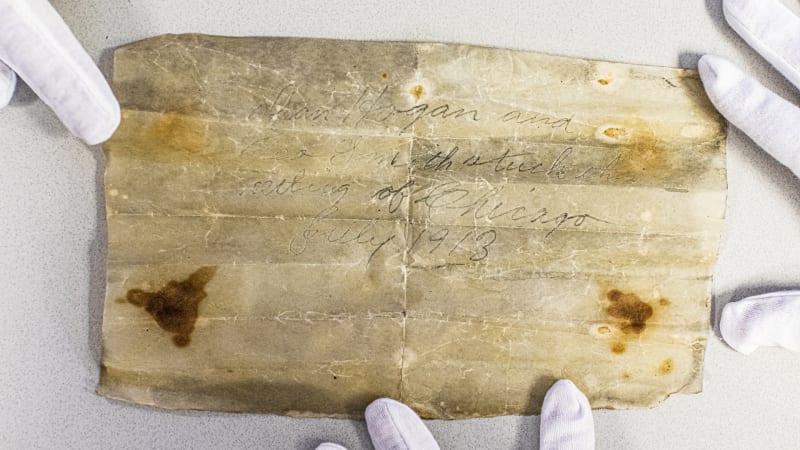 Nielsen says he hopes the message is something important that relates to the building. “I would drive past it and wonder what’s going to happen to the train station,” he told Ford. “Now, we are going to be part of the history of the building. It’s good to see it being revitalized after sitting derelict for so long.”

Sadly, a century has passed since somebody wrote this particular note, and in its advanced state of deterioration, restoring it to complete legibility may not be possible. Despite being “extremely” tempted, the workers who found the bottle resisted the urge to open it. They were praised for their discretion, as attempting to extract the note inside likely would have caused irreparable harm.

Other objects recovered from the station include a tea saucer from a set of china, files and accounting documents. A previously unknown room found behind the wall of an elevator shaft contained an adding machine, shoes and other discarded objects.

“The items that have been found show the care that each of the individual construction workers are taking when they’re doing their work,” said Rich Bardelli, Ford construction manager for the Michigan Central development project. “They saw it and they knew it was important, so they brought it to us. My reaction was to wait to open it and make sure we do it right.”

And it’s not just the workers who have been inspired to save artifacts of Michigan Central Station’s construction and operation. Soon after Ford purchased the property, a local treasure hoarder anonymously contacted the company with an offer to return a clock

that had been pillaged from the building during its long period of disuse. Ford employees were directed to a drop location where the clock had been carefully wrapped for recovery.