At some point in your driving life, you’ll most likely deal with a dead battery. More often than not, it’ll happen at the worst possible moment. Luckily, this isn’t as big a deal as it used to be thanks to portable car jump starters, but with so many out there on the market, we decided to compile a list of some of the “best.” Of course, everyone has their own idea of what the “best” portable jump starter is, so this list is based on user ratings and reviews from all across the web. We’ve selected jump starters from a variety of categories and price points to meet a variety of needs. 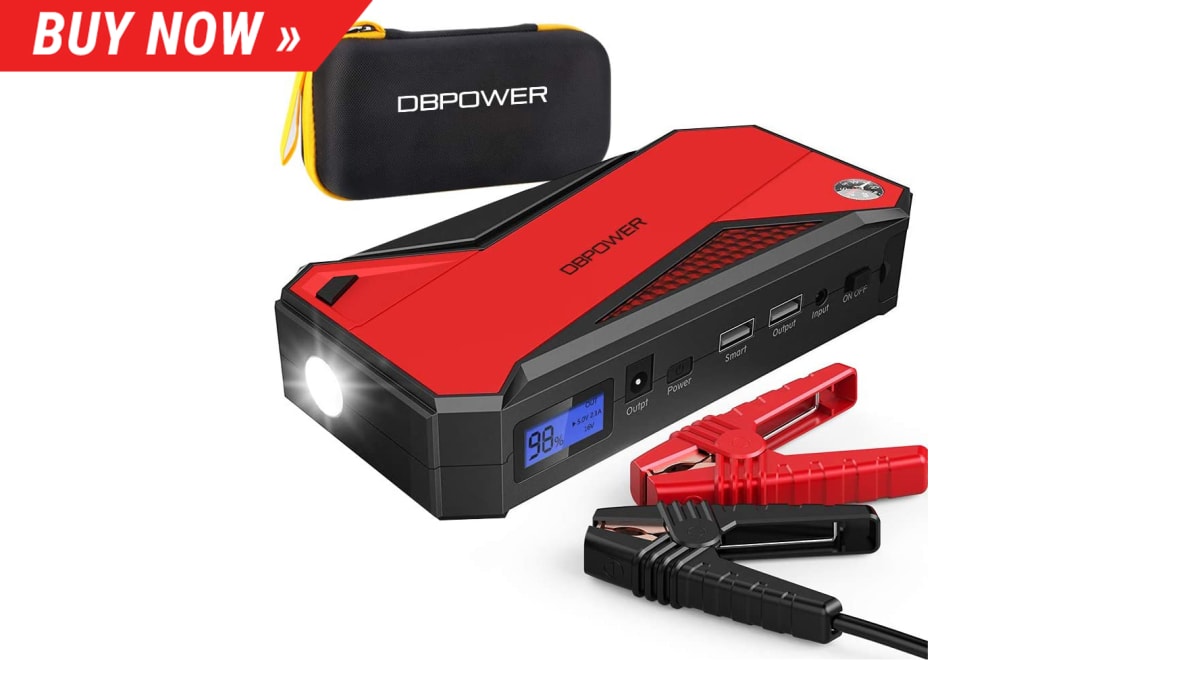 “I was doubtful when I purchased one of these over two years ago. I bought this when my truck had a charging issue that the mechanics were unable to diagnose or fix. Long story short, they would keep it for several days, return it as repaired … and the next day the battery would be totally dead. I purchased this jump starter in hopes of not being stranded, and avoiding repeated tow charges while the issue was resolved.

It repeatedly started the engine with a totally dead battery numerous times without needing a recharge [and] still showed over 90% when [I] gave up on paying mechanics and replaced the vehicle. I have since carried the unit with me and used it to jump start other people’s vehicles. It has always performed flawlessly. At one time it had been sitting [in] my vehicle for over a year without being charged. [It still] showed a nearly full charge and had no issues starting a coworker’s truck last winter.

I only positively review items after they have proven themselves to me. Not only would I recommend [this] to a friend, but I purchased one to give my daughter to have in her car, just in case. My only issue has been the shortness of the cables, but they have always sufficed. 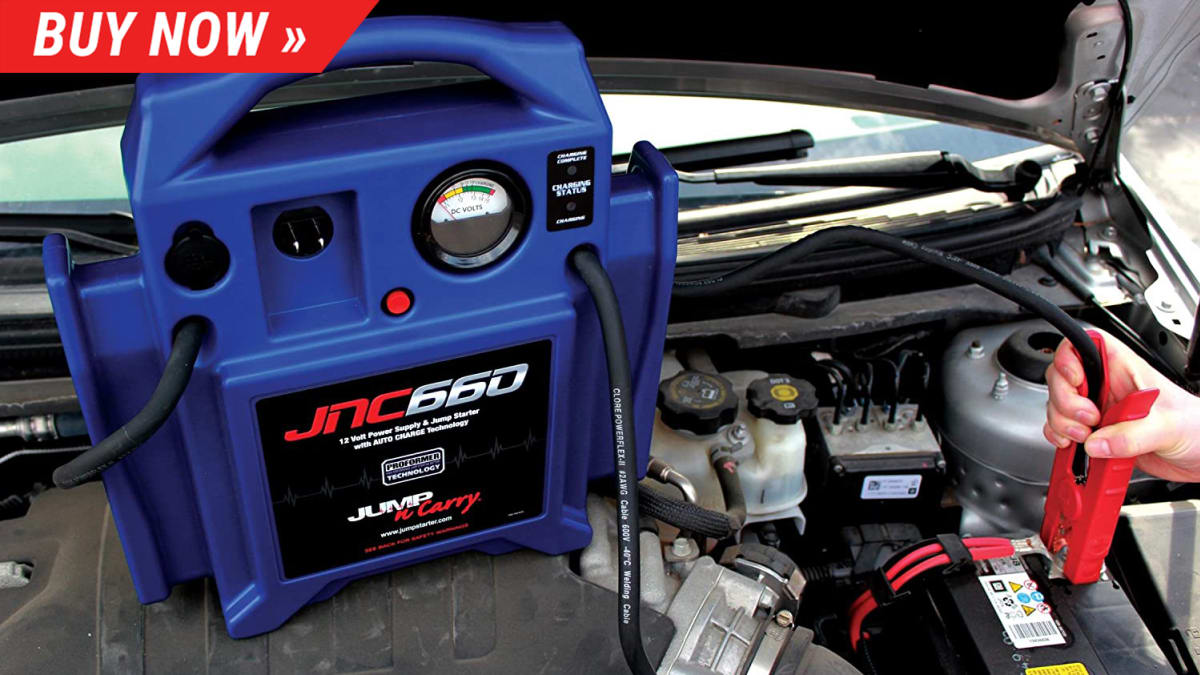 “I have used this a bunch of times to jump start smaller equipment like 4-wheelers, mowers, etc. But, I finally had to use it on my truck a few days ago (2011 Super Duty Diesel). Honestly I was a little worried that it would have they strength to do it because as soon as I connected it to the battery my air compressor kicked on (for train horns), I quickly shut off the air compressor and then said a prayer….. turned the key and it started right up without hesitation. It didn’t even turn over slow or anything. This thing has saved me so many times! BTW, I also used it to charge my phone, my wife’s phone and my kid’s tablets while camping using a 12v to USB adapter.” – Amazon reviewer, James L. 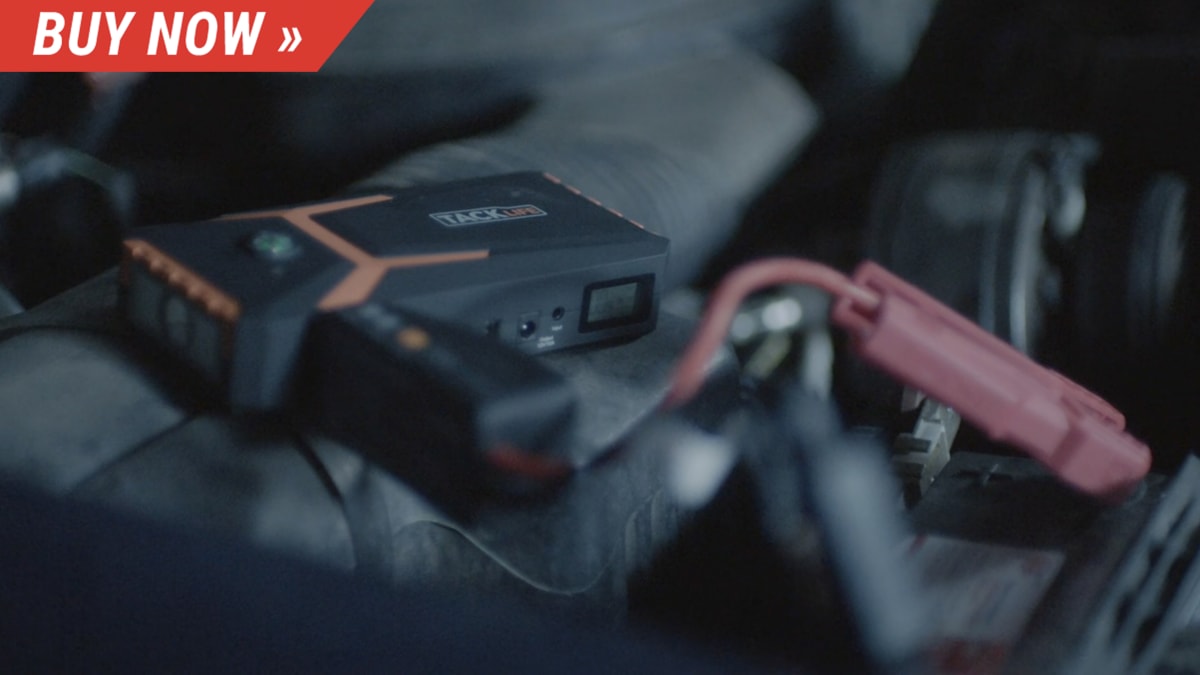 “I bought this after having to return one of those large battery packs because it wouldn’t even charge … This one arrived with about an 80% charge. [I] plugged it into a wall outlet and it was fully charged in about an hour. I have an ATV stored on a property with no electricity. I knew the battery was dead. [I] took this and hooked it up. [It] fired the ATV up immediately. I’ve used it 3 times since. The only “problem” I had was getting it to connect properly to the small leads on the ATV battery. This is designed for car battery terminals, so that’s my problem, not the units. The unit itself is very compact. Inside the case, with all the accessories, you could still store it under the front seat of your car instead of the trunk. 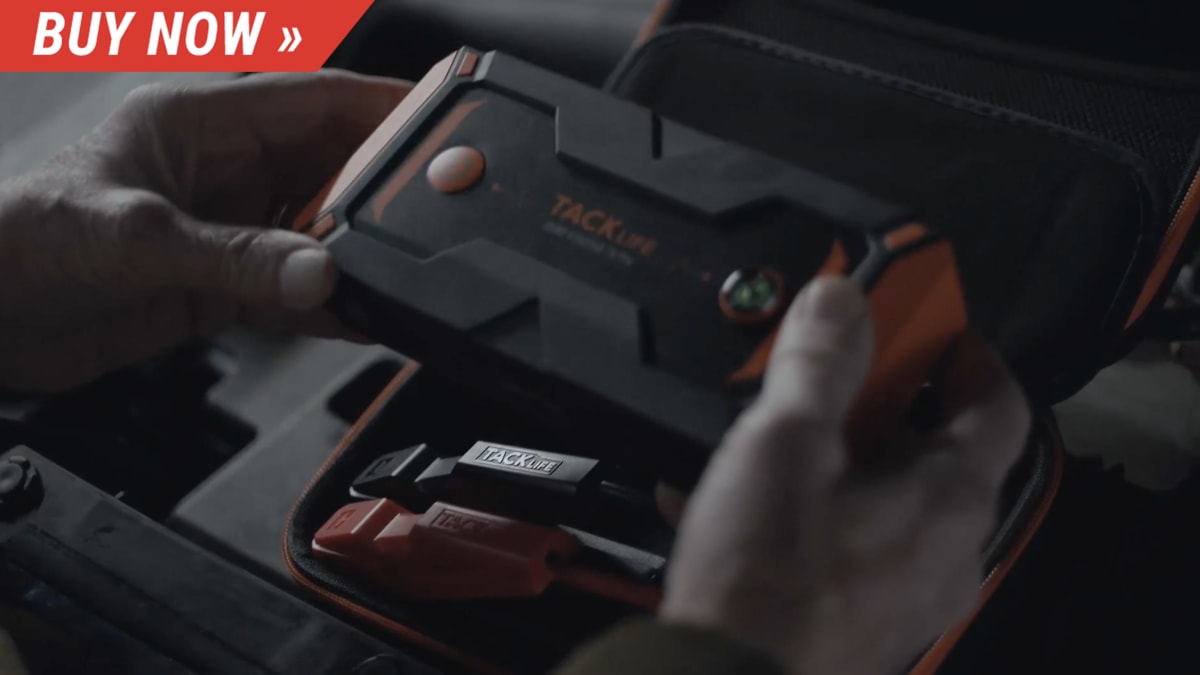 “I was skeptical about buying this because I wasn’t quite sure how a small battery could jump start a vehicle. This thing works like a champ! Prior to hooking this up to my vehicle, all power was dead. My dome lights wouldn’t turn on and when I turned the key there was no power. As soon as I hooked this thing up to my vehicle and hit the boost button it powered all the lights, and with one turn off the key my car fired right up! This battery is amazing and I’m very satisfied with the purchase. I’ve jumped my car several times already and the battery still hasn’t gone below 90%. It comes with a nice case and many accessories. What you see in the listing is what you’ll get. 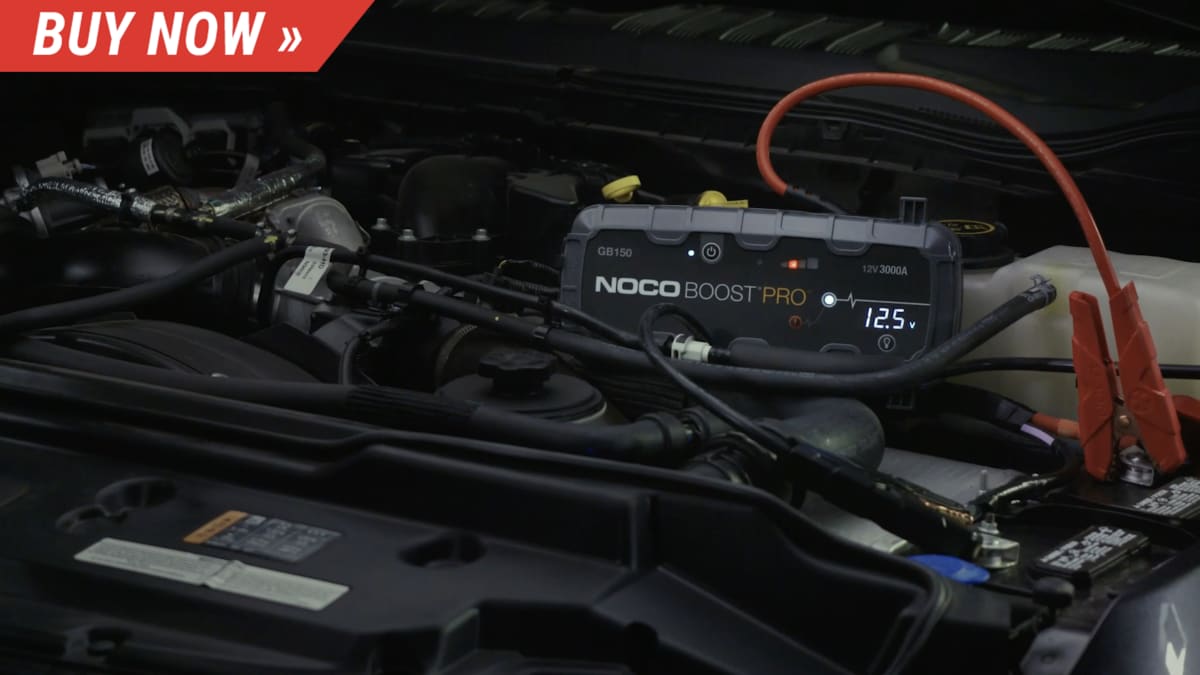 “I have had my NOCO for over a year and finally had to use it today. My model of car is notorious for being a battery-drainer and I knew there would come a day I needed it. It is Christmas Eve and today was the day that I found a dead battery (of course, on a day I am not about to go get a new battery) but it was exactly zero problem because this NOCO had me up and running in mere seconds with an instant start!

It holds a charge [for] a long, LONG time and I have only freshened up the charge every 4 months or so, whether it needed it or not since I hadn’t used it. Even before I needed it I was impressed enough to give one to each of my adult daughters this Christmas and now I have 100% confidence that if they are ever stuck they can get going immediately! No more stringing jumper cables between stranger’s cars on a dark night, no trying to remember the order of connection between cars, no fear of [them] just getting out there and doing it themselves. Everyone should have one of these in their emergency roadside kit!

Since we based these selections on user reviews, we’d love to hear if you have anything to add. Do you agree with our picks? Anything else you’d like to recommend? Let us know in the comments! Happy jump starting.

Honda trademarks logo to go along with Trailsport name