BMW announced its return to prototype racing earlier this year, and now we have our first rendering of what the new LMDh race car might look like. Plus, there’s a bonus rendering we’ll get to after taking a look at the main highlight.

In typical BMW fashion these days, the first rendering shows a car with utterly enormous kidneys up front. This being a drawing with no official information to go along with it, we’re not totally sure what function the kidney grille could be serving here. Could it be part of a flow-through aero package? Or perhaps feeding massive radiators hidden from view? It shall remain a mystery for now, as BMW hasn’t provided any information beyond the drawing itself.

The rest of the car is similarly dramatic with its huge, raised fenders and narrow center cockpit. There’s no view of the rear, so you’ll have to use your imagination. BMW leaves no doubt that the race car is taking after its new M division road cars with this rendering, but the next rendering (below) is out of left field. 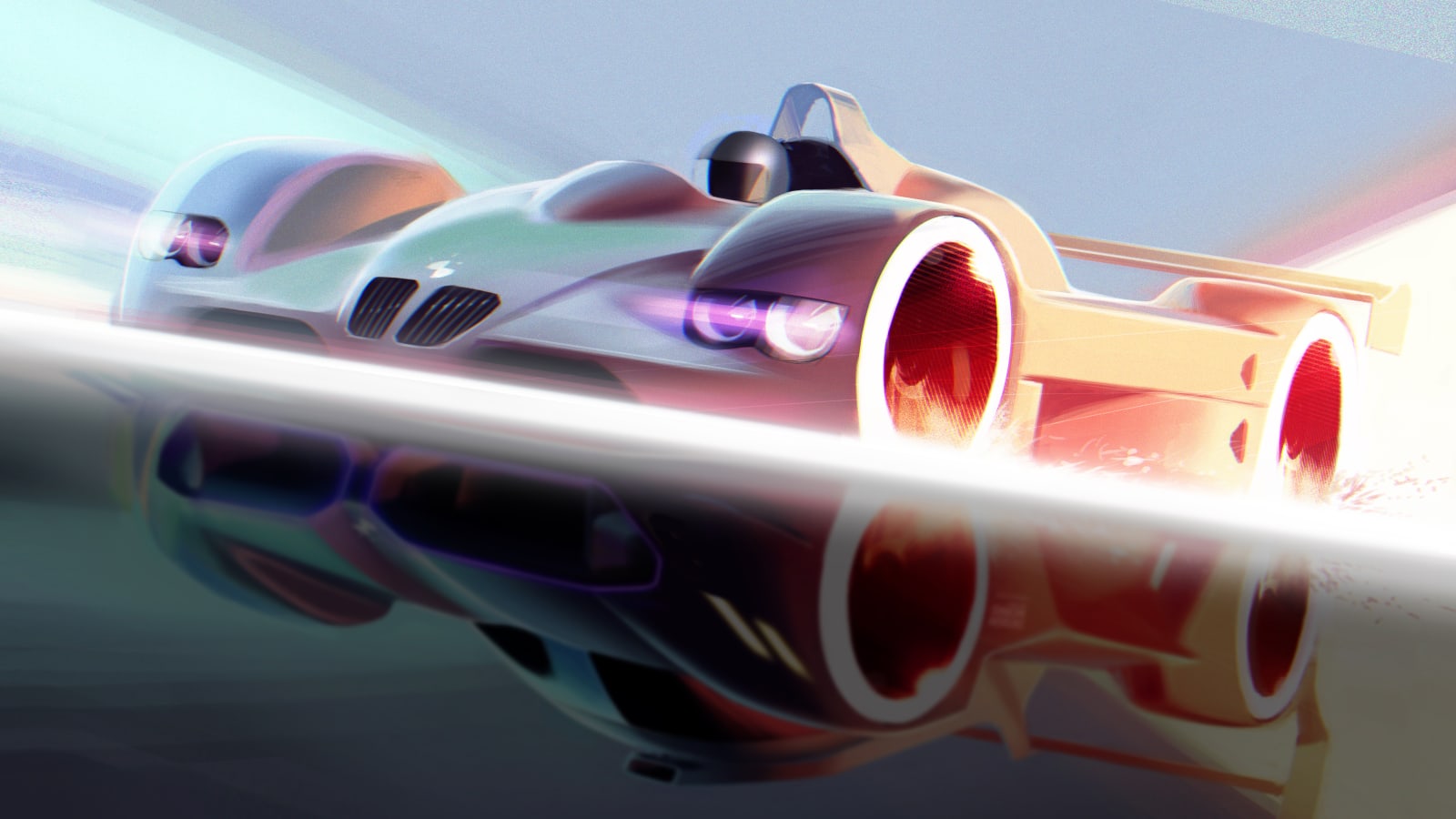 This second bonus drawing doesn’t depict what the new LMDh car might look like, but it is a fun blast from the past. Those familiar with the BMW V12 LMR will see that this drawing is essentially derived from that beautiful race car. It has the miniature kidney grille, round headlights and even the same lines as the classic race car.

However, that was BMW of yesterday. Today’s BMW is far more along the lines of the drawing you see at the top of this post. We’re not allowed to see the final race car just yet, but we suspect it will steal a number of elements from the official rendering when it’s officially introduced for the car’s first year of racing in the 2023 season.