“Hey Zac, do you have a photo of the BMW X3 cargo area that isn’t the plug-in hyrid?” I asked Road Test Editor Zac Palmer.

“What do you mean, that picture’s of the X3 M Competition,” he replied.

Hmmm. You see, the reason I was asking that as I posted our BMW X3 review awhile back, I noticed that the X3

in question had a lifted cargo floor. The last X3 I drove did not have this, and typically, such things are the result of stuffing batteries underneath the cargo floor as in the Subaru Crosstrek Hybrid. Hence, my assumption that Zac provided a pic of the now-discontinued X3 Plug-In Hybrid.

Lo and behold, when I got an X3 M Competition myself, it too had what I shall call the “cargo floor stage.” 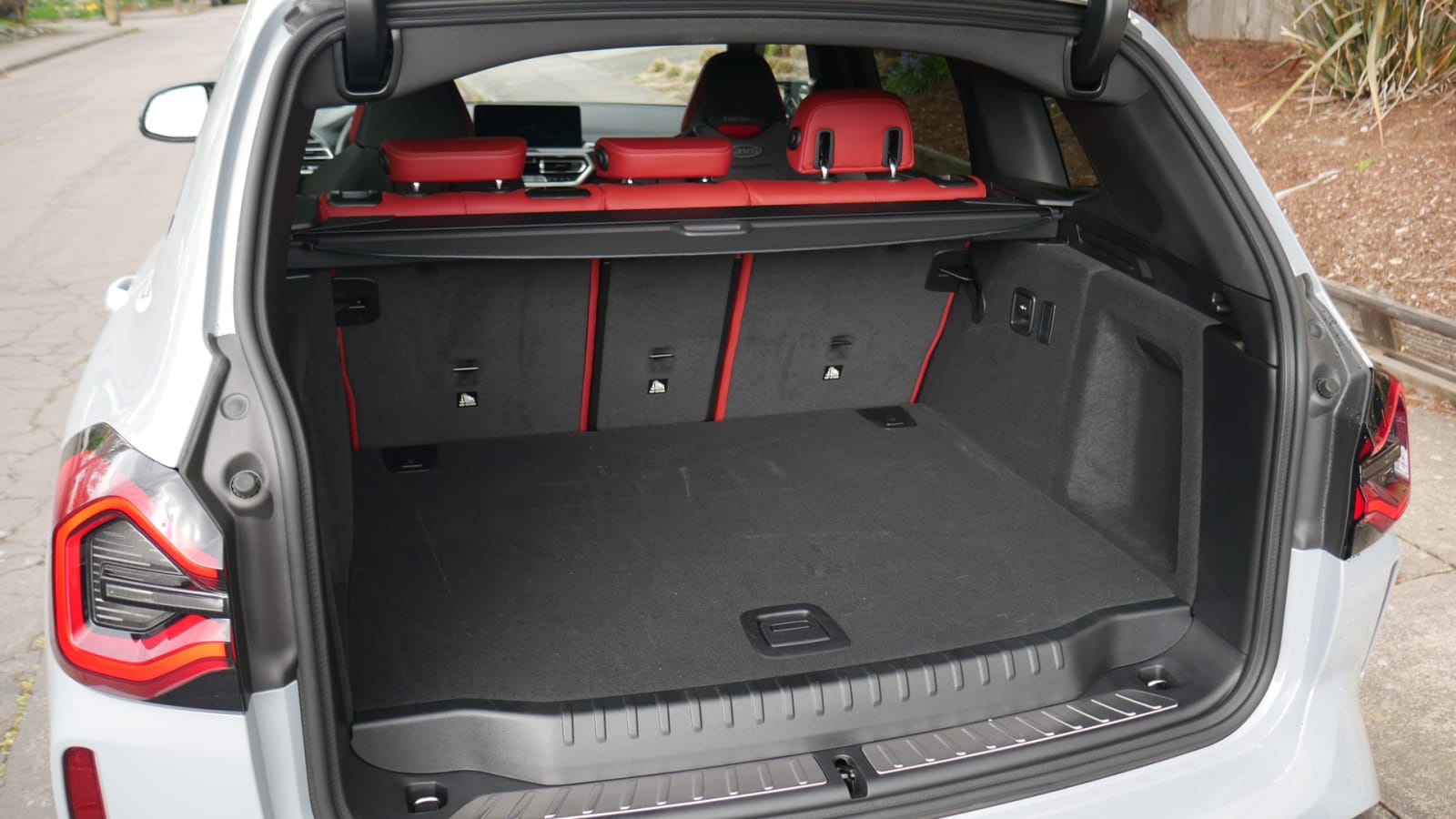 Ah, so what’s the deal? The answer: a spare tire!

You see, BMW is (finally) moving away from run-flat tires. My guess? Customer demand. BMW received a wealth of complaints about the compromised ride and huge replacement costs. Or there are other reasons, but they don’t really matter in this context.

You see, BMW started offering some of its cars with spare tires again in recent years. This mostly included the front-drive-based cars: X1, X2 and 2 Series Gran Coupe. Their packaging made it possible for the sort of underfloor cavity that had been engineered out of about 15 years worth of run-flat-wearing BMWs.

It looks like this in the 2 Series Gran Coupe. 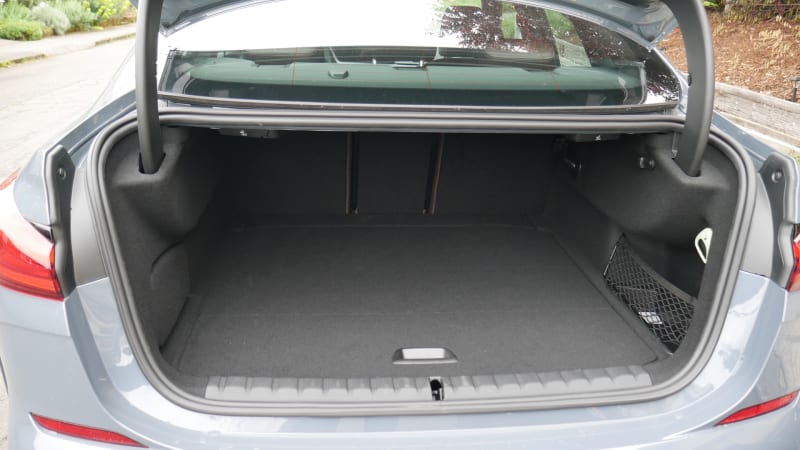 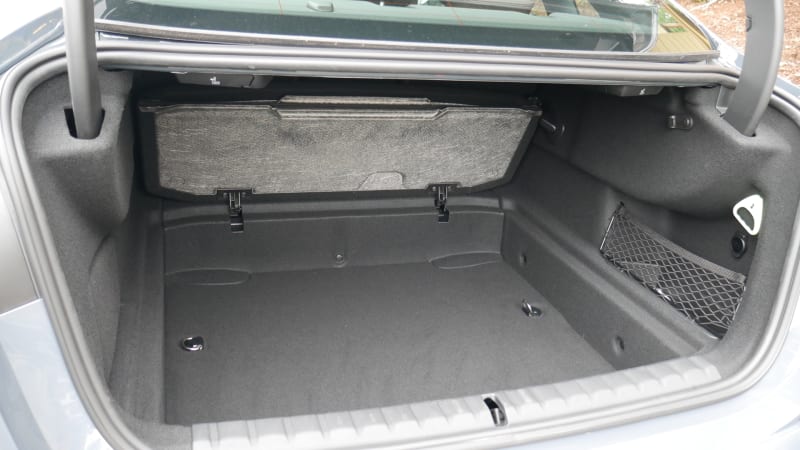 I’m guessing this option proved popular because BMW now offers the X3 with the option of a spare tire. Unfortunately, the X3 was not engineered/packaged with that cavity in mind. The result is this, including the cargo area stage. 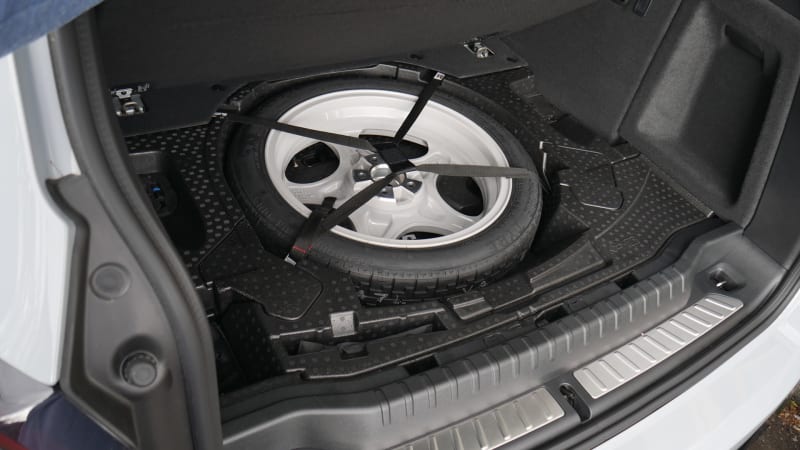 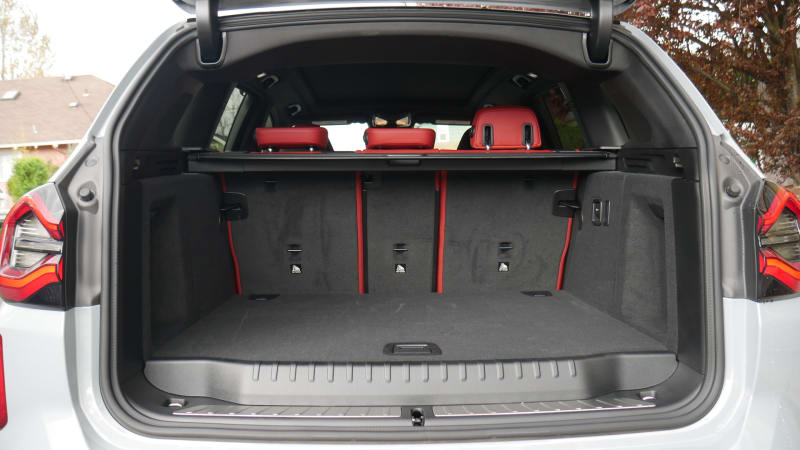 And keep in mind, that isn’t some full-size spare, either. Nope. compact spare “tyre.” 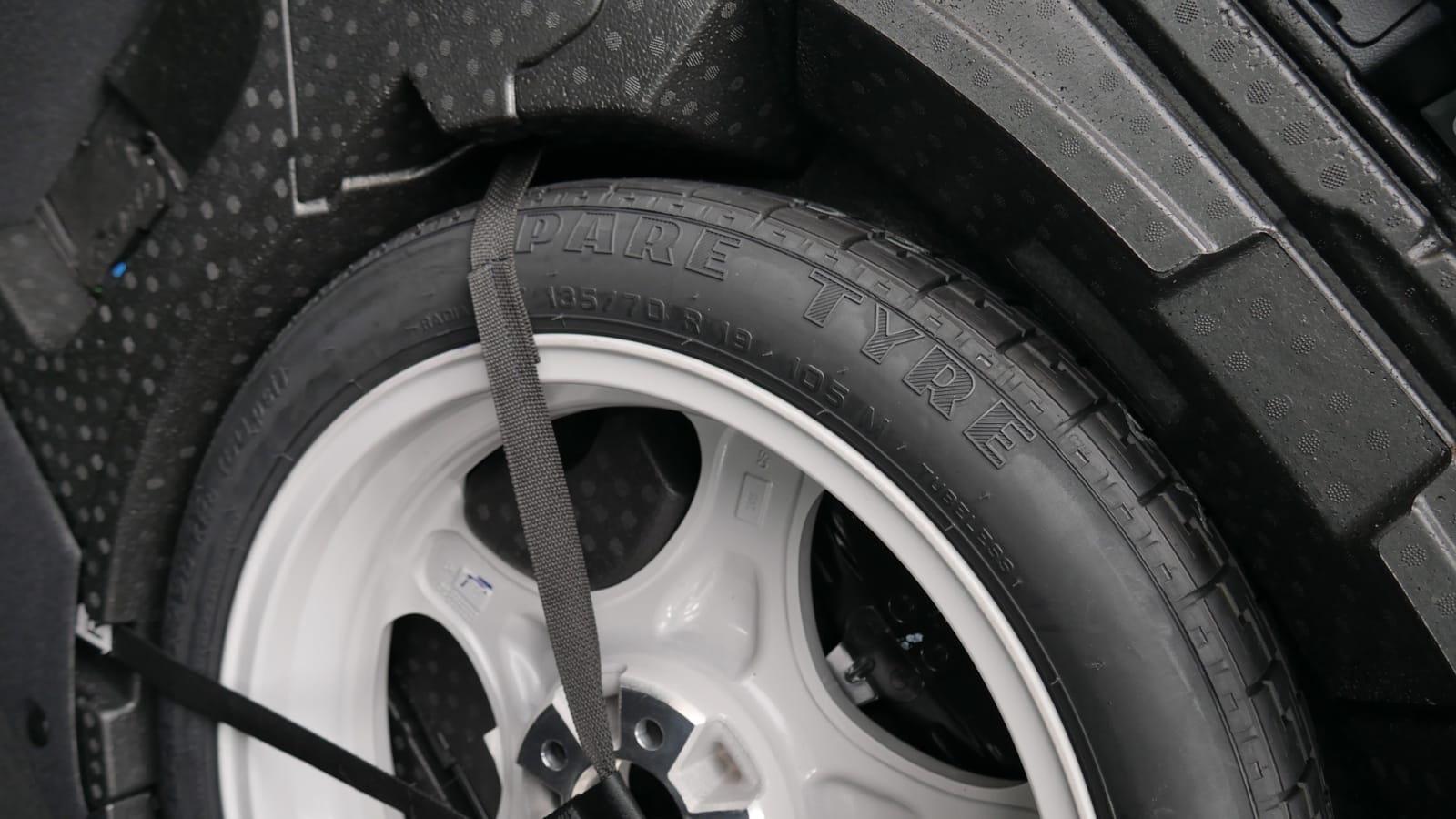 OK, so what does this mean for the BMW X3’s cargo capacity? Well, it’s officially listed as 28.7 cubic feet, but you can throw that completely out the window.

Unfortunately, I wasn’t doing luggage tests the last time I had a spare-less X3, so I won’t know for sure the differences. But this is the result with the spare tire stage.

As with every luggage test, I use two midsize roller suitcases that would need to be checked in at the airport (26 inches long, 16 wide, 11 deep), two roll-aboard suitcases that just barely fit in the overhead (24L x 15W x 10D), and one smaller roll-aboard that fits easily (23L x 15W x 10D). I also include my wife’s fancy overnight bag just to spruce things up a bit (21L x 12W x 12D).

That would be one of the bigger bags. As you can see, it will not fit with the cargo cover in place. This is atypical for a compact SUV.

Yes, I could remove the cargo cover, but I always do this test first with the cover in place for the worst-case airport scenario: You’re picking people up from the airport, and either they have more stuff than you thought, or you forgot to remove the cargo cover. Either way, the thing needs to go somewhere. And there’s definitely nowhere for it to go in the X3 if there wasn’t enough room for a spare tire. 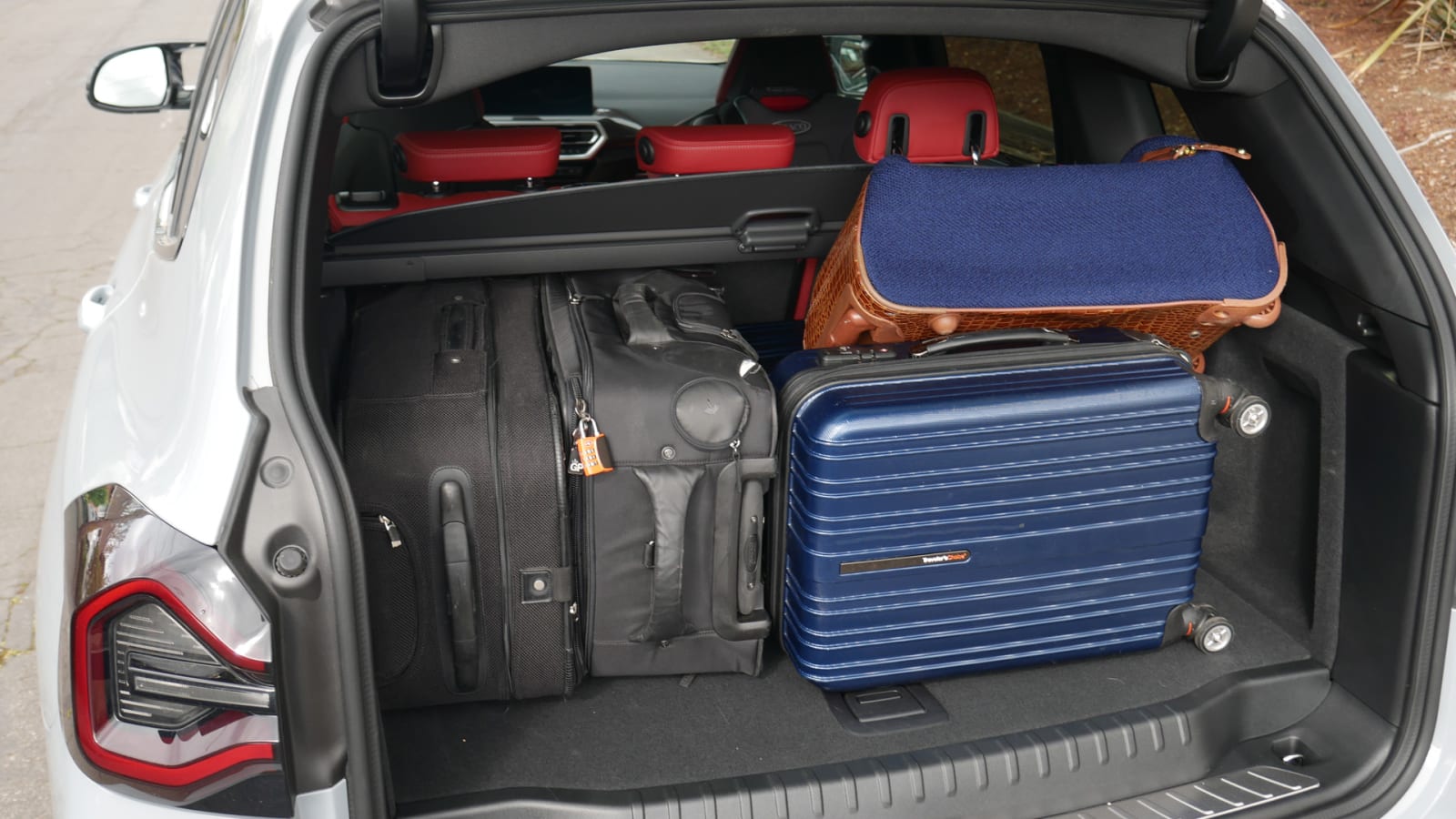 The medium-sized carry-ons could fit on their side, but this is ultimately the best I could do. One of the big bags is missing.

This is technically the same number of bags as the Mercedes GLC could manage, but that could swallow both big bags (versus one of the smaller black ones up there) and there was more room left over. And theoretically, the GLC is supposed to have a smaller cargo area. 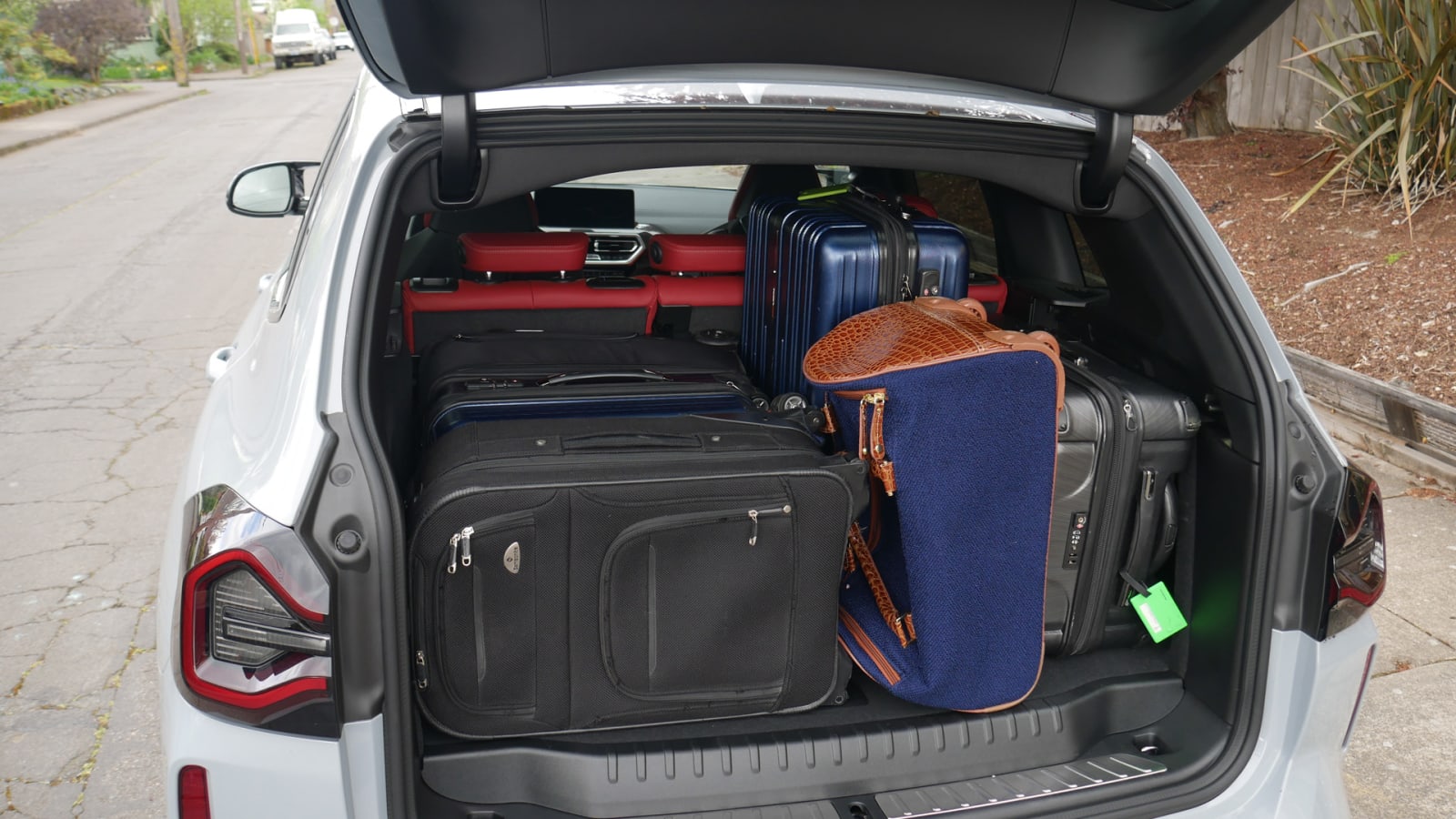 So all the bags fit, but that’s all she wrote. The big blue bag is also upright, partially blocking the rear view, and fancy bag is also awkwardly on its side. You can pretty clearly see how much space would be left over if there wasn’t a spare tire: just lower all the bags by about 3 inches. There’d probably be enough room on top to safely store additional bags without them flying into the cabin upon braking 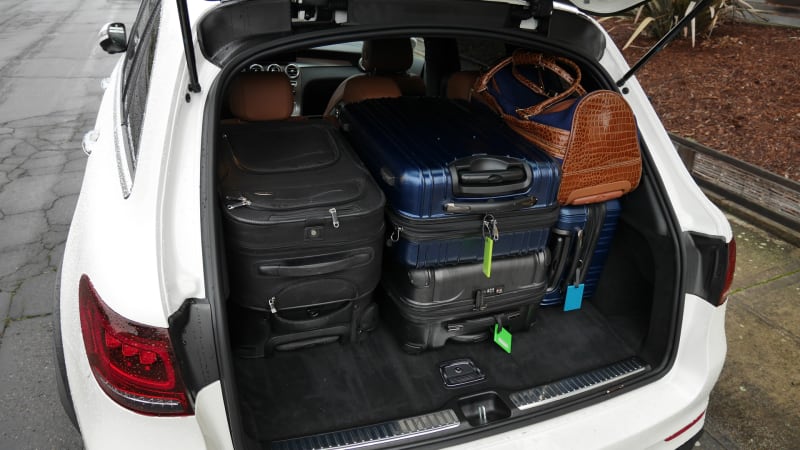 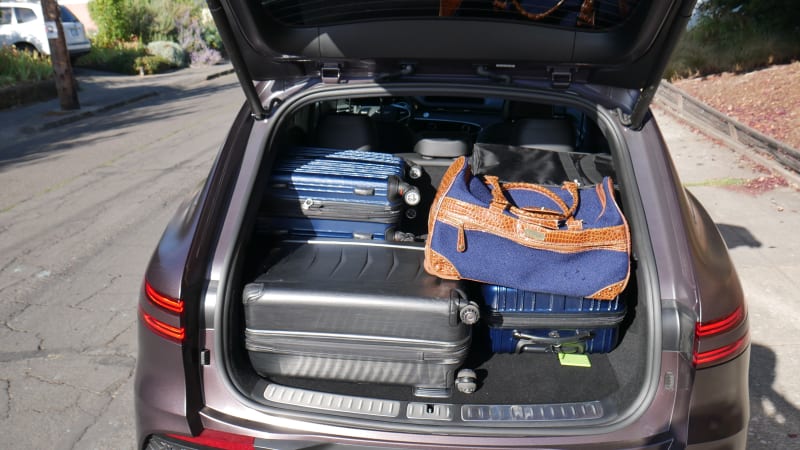 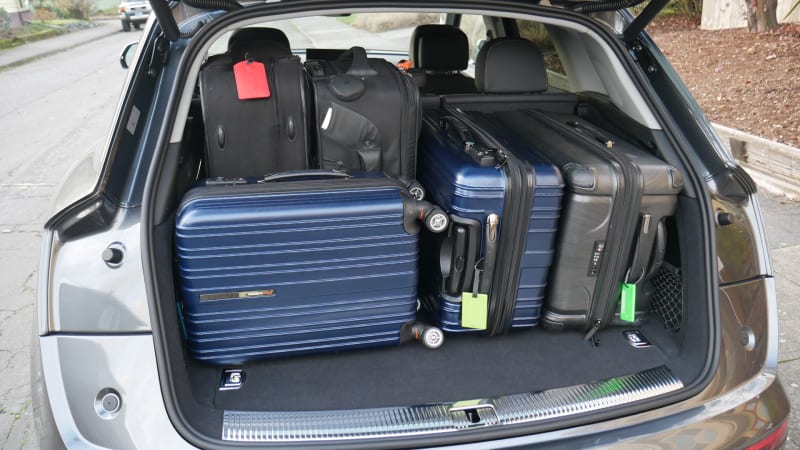 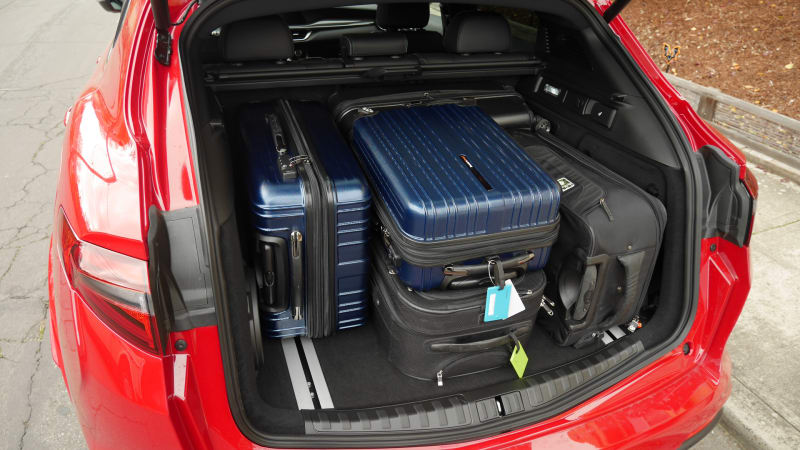 In short, all but the Q5 was able to swallow all the luggage test bags (I didn’t take a pic with the fancy bag in the Stelvio, but it fit). The difference is, the X3 has no space left over once everything’s stuffed inside, while the Benz, Genesis and Alfa do. And no, all that space in front of bags in the Audi isn’t as usable as it seems.

Now, here’s another competitor that blows them all out of the water: the Acura RDX. 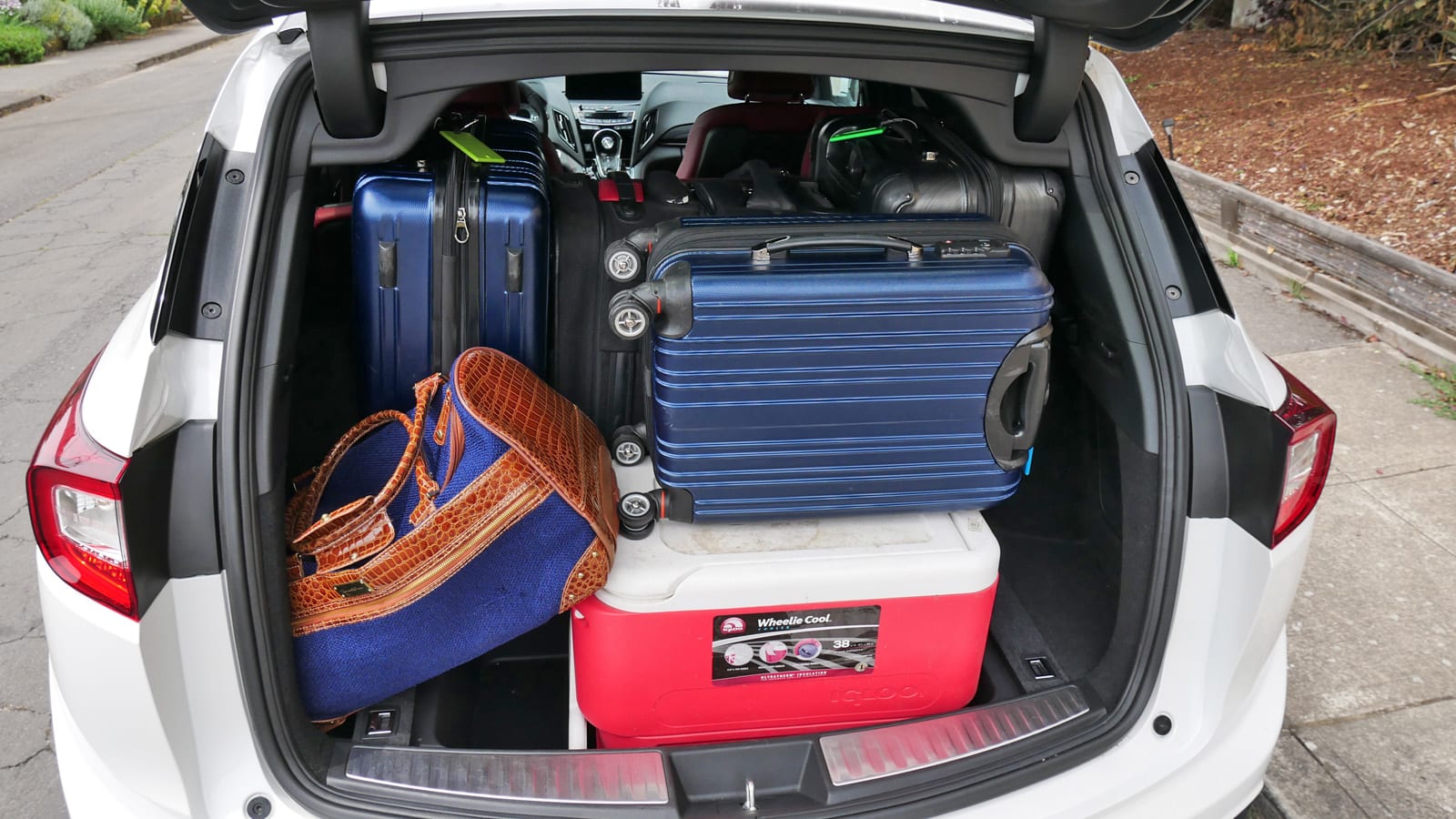 It not only fits the bags, but a whole Coleman cooler, too. How? It has underfloor storage. It also has a spare tire.

In the end, the X3 cargo floor stage isn’t as big of a drawback relative the competition as I was expecting, but you definitely have a sacrifice to make should you want a spare tire. It’s also important to note that the GLC can fit a compact spare within its small under-floor storage area, and you can get one for the GV70, too. The Q5 can have one too, but not with the plug-in hybrid. It has batteries, after all.

“You have to play by the rules” – Hamlin

This car can transition from land to sea to fight fires