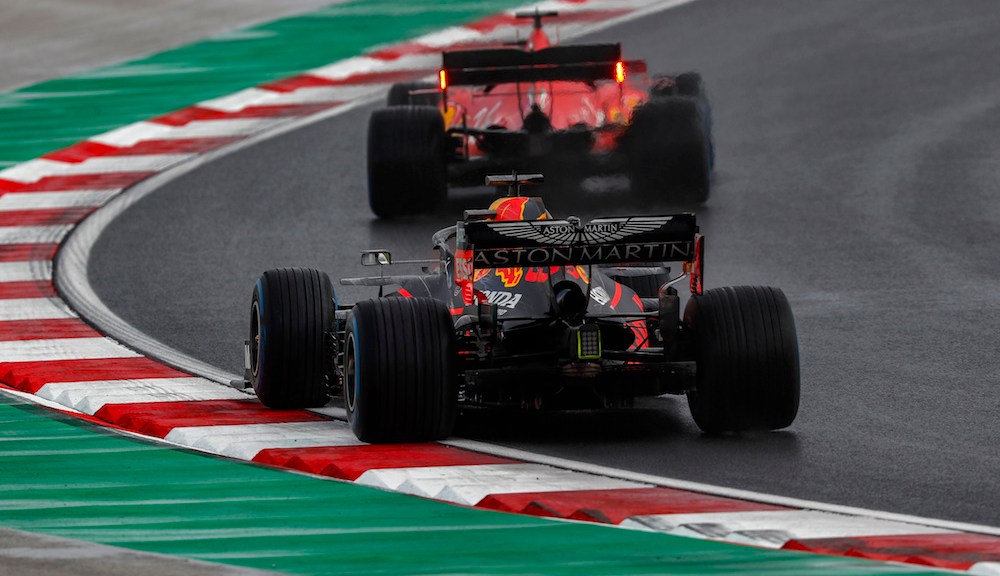 Ferrari will accept a freeze of power unit rules in 2022 in order to allow Red Bull to continue running Honda engines, as long as new regulations are brought forward to 2025.

In order to reduce costs, the current engine specification is currently going to be used until the end of the 2025 season, with changes to what can be homologated coming into force next year for the entire five-year period. By the time of the 2023 engine most development will effectively be frozen, but Red Bull wants that deadline brought forward so it can continue to run a Honda power unit from 2022 onward once the Japanese manufacturer leaves the sport; something Ferrari team principal Mattia Binotto is willing to accept.

“There are already regulations in place where Red Bull gets a solution – they may be supplied by other manufacturers, that’s no doubt,” Binotto said. “We also understand their intention to keep using their Honda engines for the future; we had meetings in the last days with F1 and the FIA.

Binotto believes the process of freezing the engines is a relatively simple one, but needs to allow for specific changes to ensure there are not any major performance differentials between different manufacturers

“In freezing, 2022, I don’t think that will be difficult, it is only a matter of deciding what we intend to do,” he said. “We have (had) some discussions with the FIA and F1 about should we consider a mechanism of engine convergence – if there is any situation where eventually (a) manufacturer is down on performance to the others, then it is freezing three years of the relative performance between manufacturers.

“Those details will be important. We should not forget (that) in 2022 we are introducing E10 fuel, so if we see if (we) can change the engine development (timing) so by the time that we are introducing that fuel, we are freezing (the rules), and in that respect some risks are in place. The risk will need to be managed, and (we need to) make sure we are doing the proper job as manufacturers.”

However, Binotto himself admits there is a downside to his plan, as introducing a new engine a year earlier would also require agreement of the technologies and regulations in the near future.

“Certainly it is not an easy one,” he conceded. “At first, I think to have a brand new format of power unit in 2025, we will by mid-next year have to have clarity on the regulations. I think it will be quite a different power unit to today, because I think there are — at least from the Ferrari point of view — important objectives that need to be set.

“It has to be more sustainable in terms of cost. The power unit should cost 50% more or less of what we are affording today, and in order to achieve that, to decide (the) technical format is a very difficult exercise.

“From sustainability — a carbon footprint point of view — we need to set our objective which has to be very ambitious, and I think that objective will also decide what the technologies will be. We need to have clear objectives to share, and then we need to decide the technical format. I think mid-next year it should be very clear, and in that respect it will be very difficult and ambitious.

“The fuel will be a key element, in that respect, certainly, to achieve a carbon neutral footprint. It’s a key element and component, which I think at the moment is a completely open discussion. I don’t think there is clear evidence on where we should go. We need to be very proactive but also collaborative between manufacturers, F1 and the FIA, to progress very soon on the regulations, as it will define F1 from 2025 eventually to 2030, which is important to make sure we are doing the right exercise.

“So it is very ambitious, very tight, but I think we are prepared to have that discussion, in a collaborative manner, and I’m pretty sure we will do the right job altogether.”