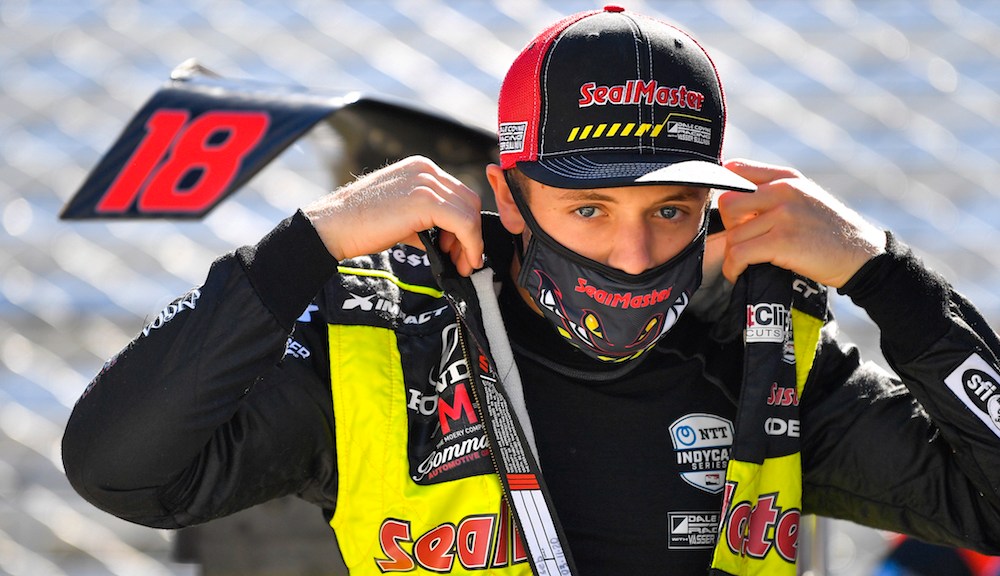 Santino Ferrucci could possibly add another racing discipline to his resume in 2021.

Coming off his first season as a team leader in the NTT IndyCar Series where he placed 13th in the championship for Dale Coyne Racing, Ferrucci confirmed to RACER on Friday that he is investigating options to compete in NASCAR next year. While the 22-year-old said he has not had conversations yet, he does have “a couple of people” looking into a few different things.

“I’ve asked a couple of my friends in the industry for a little bit of advice going through,” said Ferrucci, “but nothing at the moment.”

Ferrucci is looking at both the NASCAR Xfinity Series and Cup Series, specifically at the Bristol dirt event and Charlotte Roval, but said that any stock car program would be in addition his still being in IndyCar next season. Although the Coyne team has not confirmed its drivers for 2021, James Sullivan, a co-owner of Ferrucci’s entry, told RACER in September of plans to keep the native of Connecticut in the No. 18 Honda.

“I’ve always had my eye (on NASCAR),” said Ferrucci. “If you go back a bunch of years I used to go to a lot of races with Tony’s team, and it was always something I saw myself doing at one point in my career.

Ferrucci met Stewart back when he was a member of the McLaren Young Driver Program. In 2011, Stewart invited Ferrucci, then 19, to the NASCAR race at Watkins Glen after Stewart did a helmet swap with then-McLaren driver Lewis Hamilton.

New to ovals, the lifelong road racer made an immediate splash at the Indianapolis 500, where he earned instant praise from NASCAR Hall of Fame inductee Dale Earnhardt Jr. In 35 IndyCar starts, Ferrucci’s four best finishes have all come on ovals, topped by a fourth-place run at the 2020 Indy 500.