Spy photos of the upcoming Ford Maverick compact pickup truck have revealed a fascinating development in the truck’s design. Up until this point, the Maverick prototypes we’ve seen have featured a torsion beam rear suspension and front-wheel drive

. This example very clearly has ditched that layout in favor of an independent setup. And while we don’t see any all-wheel-drive components, this could conceivably be coupled with a differential and drive axles.

You can clearly see that instead of a a solid curved beam, this truck has individual lower control arms for the left and right rear wheels. They also feature coil springs, like the torsion beam variant, and separately mounted shocks. The subframe that they’re bolted to seems high enough that a differential could be comfortably perched between the control arms. The rearrangement of the springs and shocks for this suspension may also grant clearance for axle shafts to rear the rear wheels. The control arms have somewhat odd-looking thin metal panels and brackets clamped around them. They look like they might be early prototype pieces, possibly a stand-in spring perch design while final arms are still being designed. 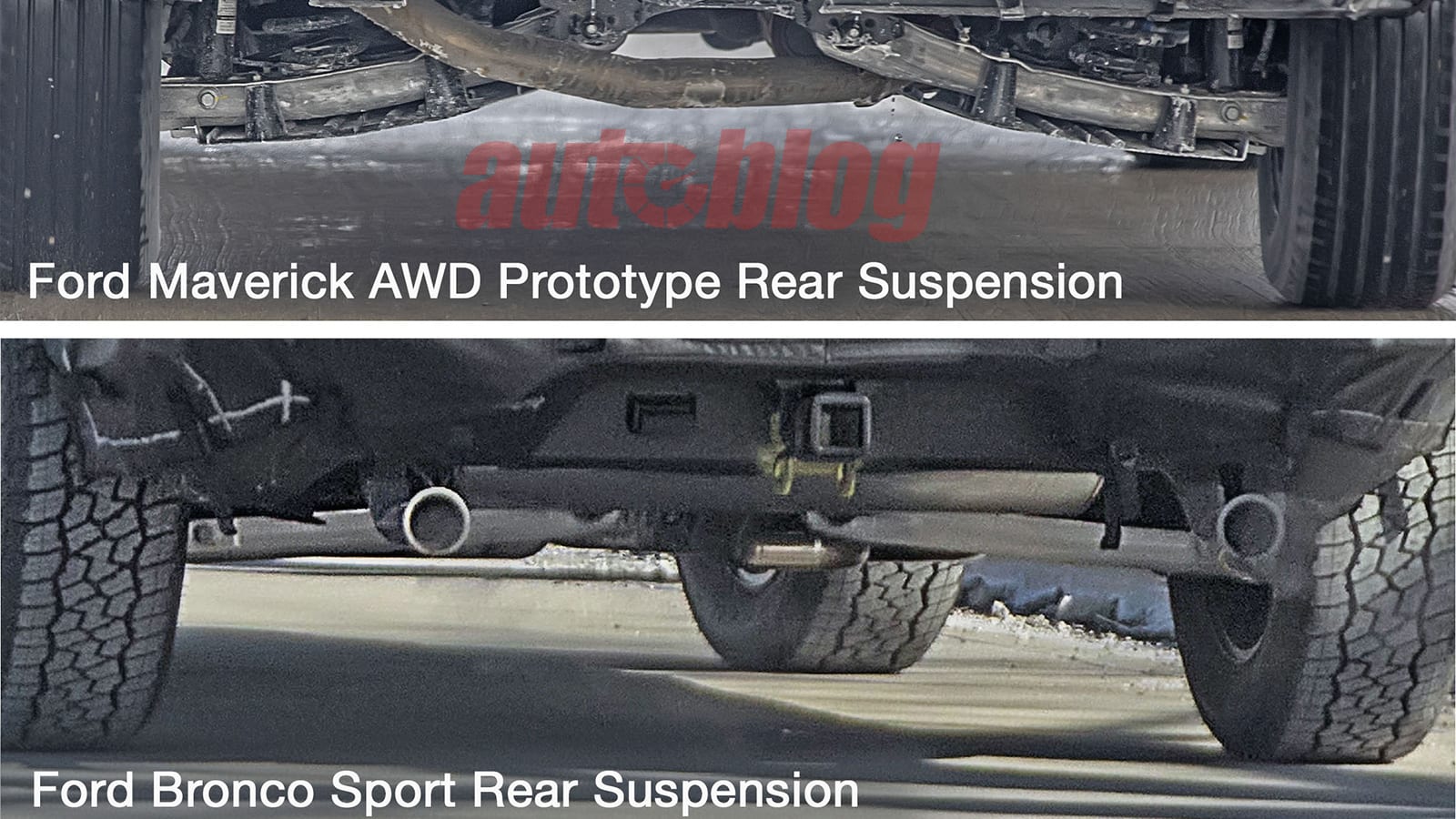 It has previously been speculated that the Maverick could be related to the Ford Escape and Bronco Sport, and perhaps some of it is, but this rear suspension setup looks distinctly different from at least the Bronco Sport, as shown in the comparison shot above. It has much more curved lower control arms. Not only that, but neither crossover

, it seems development of the Maverick is fairly far along, but it’s hard to say when it will be revealed.

Toyota confirms US arrival for two electric vehicle models in 2021