Just over six years since the project was announced and a rendering released, Hennessey Performance has finally shown the running, production version of its new supercar, the Hennessey Venom F5. It still looks similar to the original rendering and concept. The production model gives us our first real look at the car’s interior, too.

The basic shape of the Venom F5 stays fairly true to the original concept. The carbon fiber monocoque is very curvy with a low nose, huge vents, and slightly narrow cabin. But there are subtle changes throughout. Creases have been softened everywhere on the car. The big fixed wing is gone. The carbon fiber engine cover has smaller vents. Quad tailpipes stick out the back instead of the triple pipes arranged in a triangle found on the concept. They’re all changes we think are improvements, and make the car look more mature and serious, especially in the moody dark blue of this example.

Looking at the interior, the dominating feature is the wild steering wheel that looks like a cross between a Formula One wheel and an airplane yoke. All of the car’s main controls such as turn signals, wipers and lights are on the wheel’s face. The rest of the interior is reminiscent of other high-performance supercars. Most every surface is bare carbon fiber, except for some leather coverings on the dash and on the seat pads, as well as aluminum plates in the grab handles with the American and Texas flags. Screens make up the instrument cluster and infotainment. 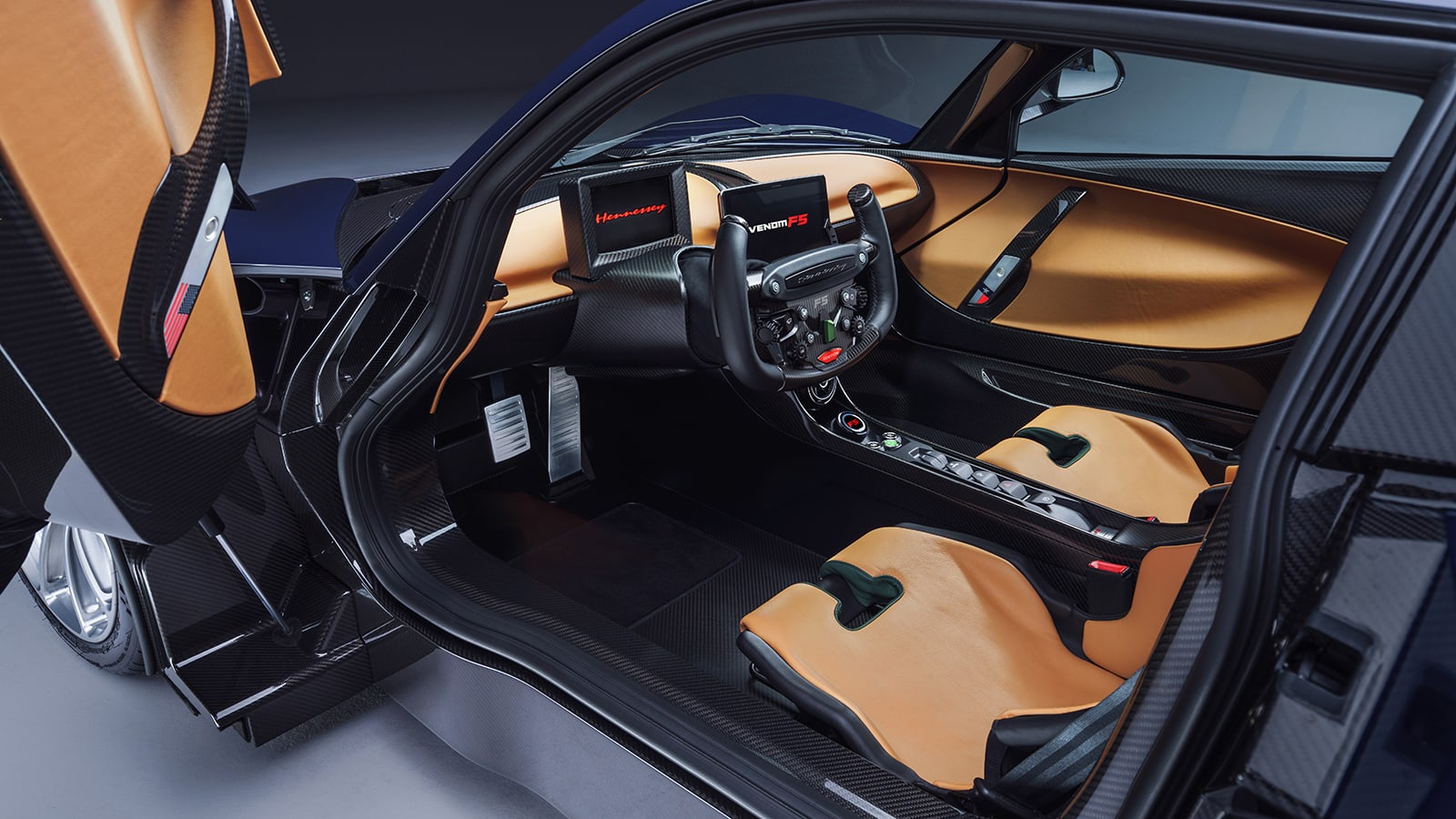 Hennessey is also still aiming for a top speed of more than 311 mph with the Venom F5. The company is slated to do a run next year at the NASA space shuttle landing strip. And in a clear effort to avoid the same controversy that has surrounded the SSC Tuatara, Hennessey has stated that Racelogic engineers will be on hand to install the VBOX data recorders and to verify data collected. Unedited video and GPS

data will be shared publicly following the run, and witnesses will be at the event.

Hennessey will build 24 examples of the Venom F5 coupe. The company has previously stated that 12 will be sold in the United States and the other 12 will go to overseas buyers. Each one has a starting price of $2.1 million. Deliveries are set to begin next year in time for Hennessey Performance’s 30th anniversary. Once the coupes are built and sold, Hennessey will likely begin production of the Venom F5 roadster