Honda Civic over half a century: Here are all 11 generations

On Wednesday, Honda debuted the Civic that will see the nameplate through its 50th anniversary. With that in mind, we decided to take a look back at the beloved bread-and-butter offering that made Honda a household name worldwide.

The first-generation Civic, above, not only kicked off what is basically a five-decade run of Honda’s compact nameplate, but it also spawned the Accord, which began life as a long-wheelbase variant of the little hatchback. It was also the testbed for Honda’s renowned CVCC engine, which was no doubt a significant contributor to Honda’s reputation for building fuel misers. 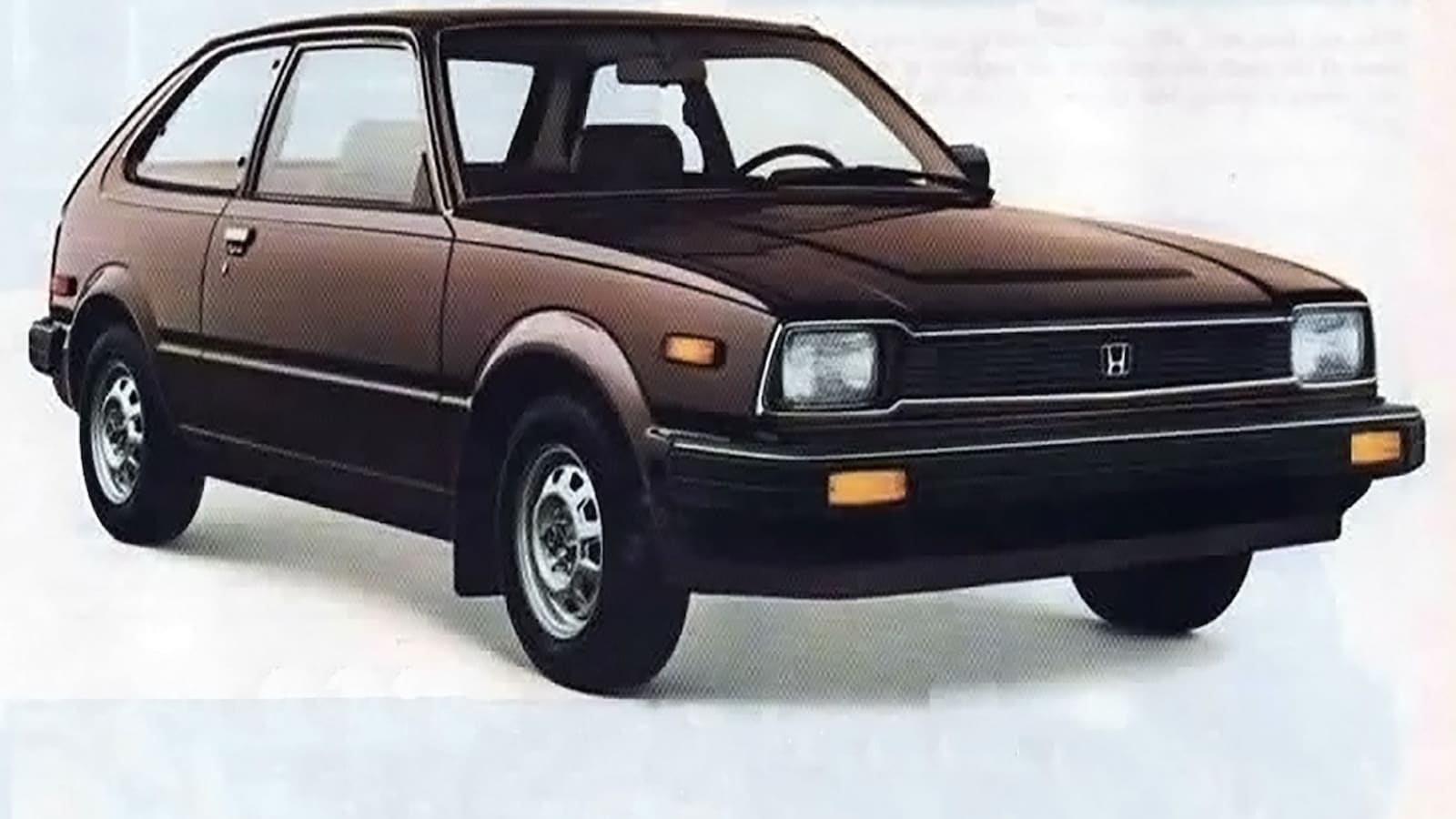 Apart from its role in a thoroughly mediocre 2006 romantic comedy starring people you’ve probably forgotten about (not you, Dax!), the second-gen Civic also made the CVCC engine standard and got a little bit bigger (that theme continues throughout). 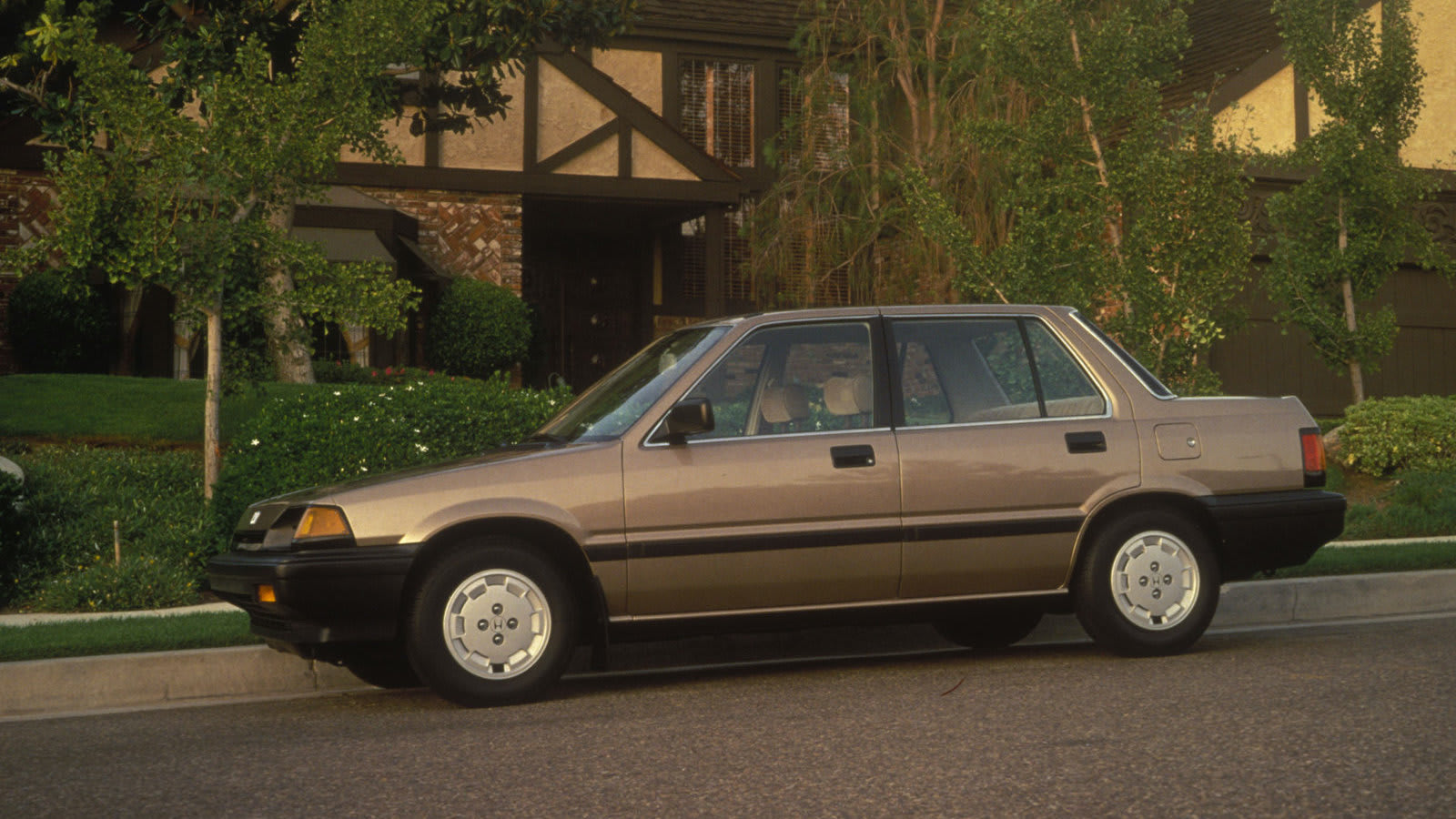 Isn’t it refreshing (sorry) to see how much au tomakers used to cram into such brief iterations of even mainstream automobiles? The third-gen Civic was offered in a ton of variants, though not all were available in every world market. We have this car to thank for the name “Wagovan” and for the introduction of both the CRX and Si. 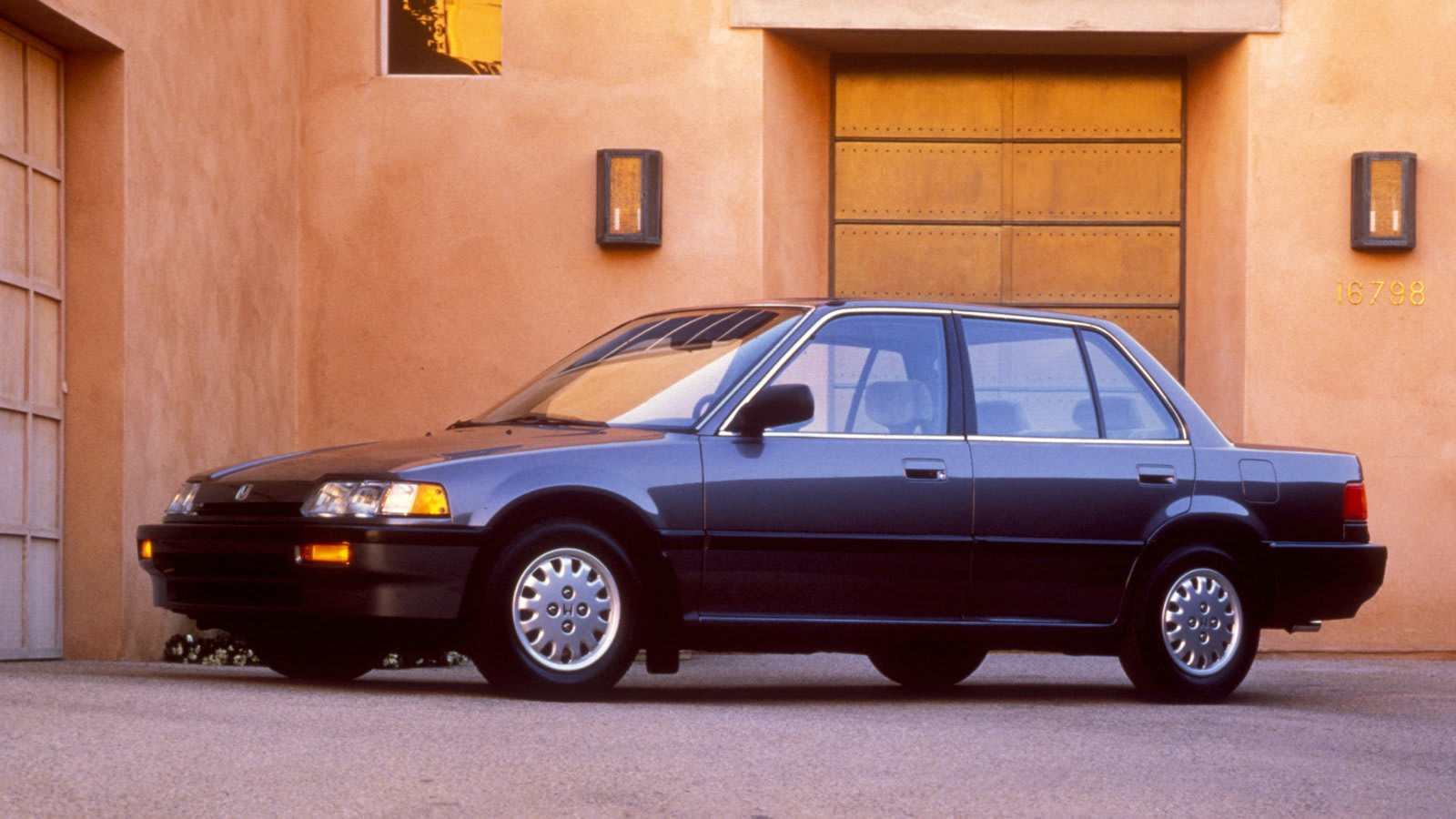 With the fourth-gen Civic, Honda turned its eyes to refinement and sophistication. This got us the double-wishbone front suspension along with an independent rear setup. The former stubbornly survived for several more generations, only to be replaced by struts; the latter is still with us, as is another fourth-gen first: VTEC. This generation also birthed the SiR, and we all know how that’s going 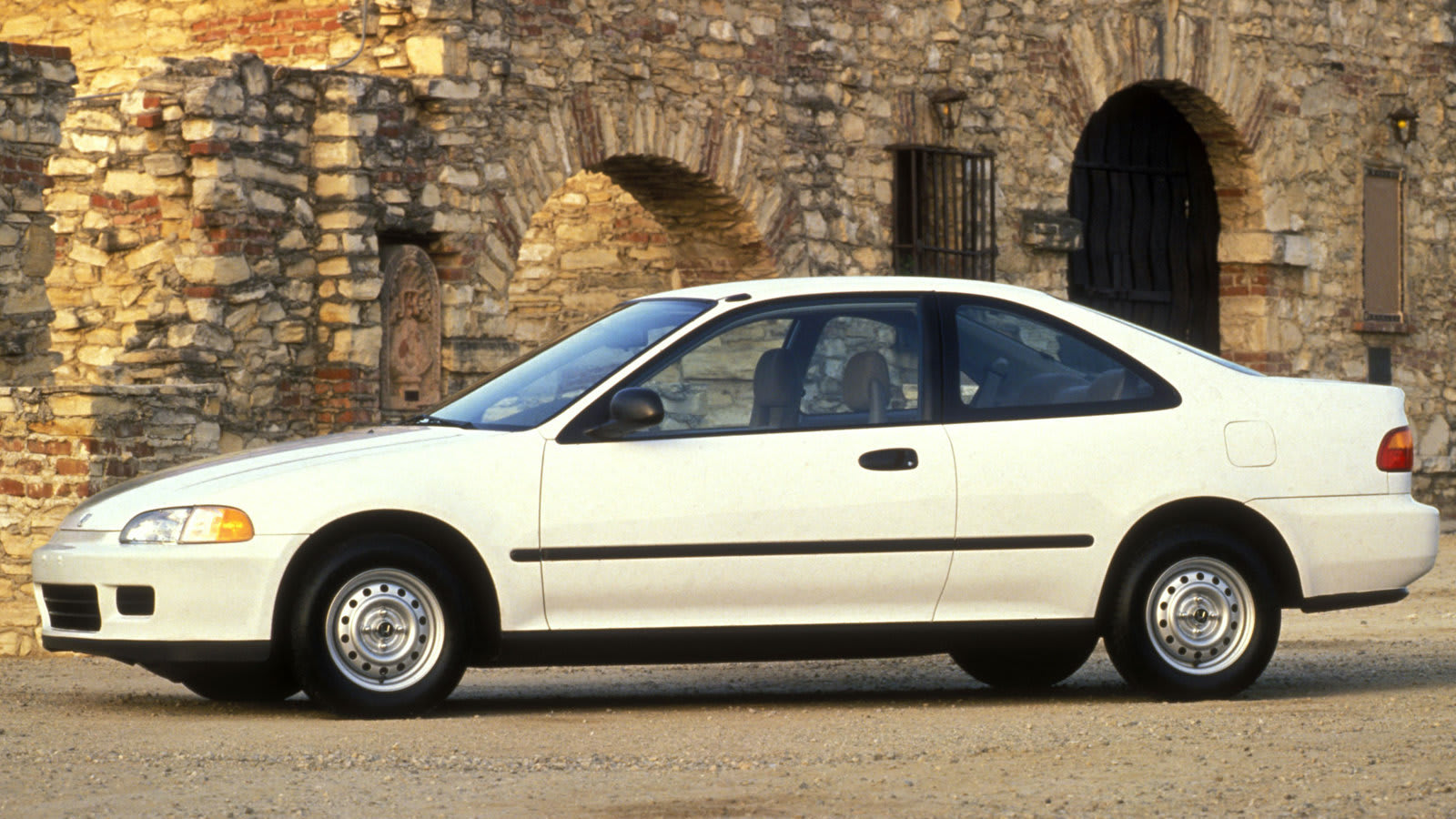 Ah, yes. 1990s aero styling. Take your favorite 1980s design, whittle it out of soap, and let the water run over it for a few hours. Boom, 1990-ready! The introduction of the fifth-gen Civic marked the end of the Shuttle Wagon variant sold overseas. While this generation may not have offered a ton of outwardly obvious advancements, it remains an enthusiast favorite, even though the vaunted Si model was offered here for only a couple of years. The 1995 HX (the nameplate reserved for the Civic’s fuel-efficient variants) was also the first to be equipped with a CVT. 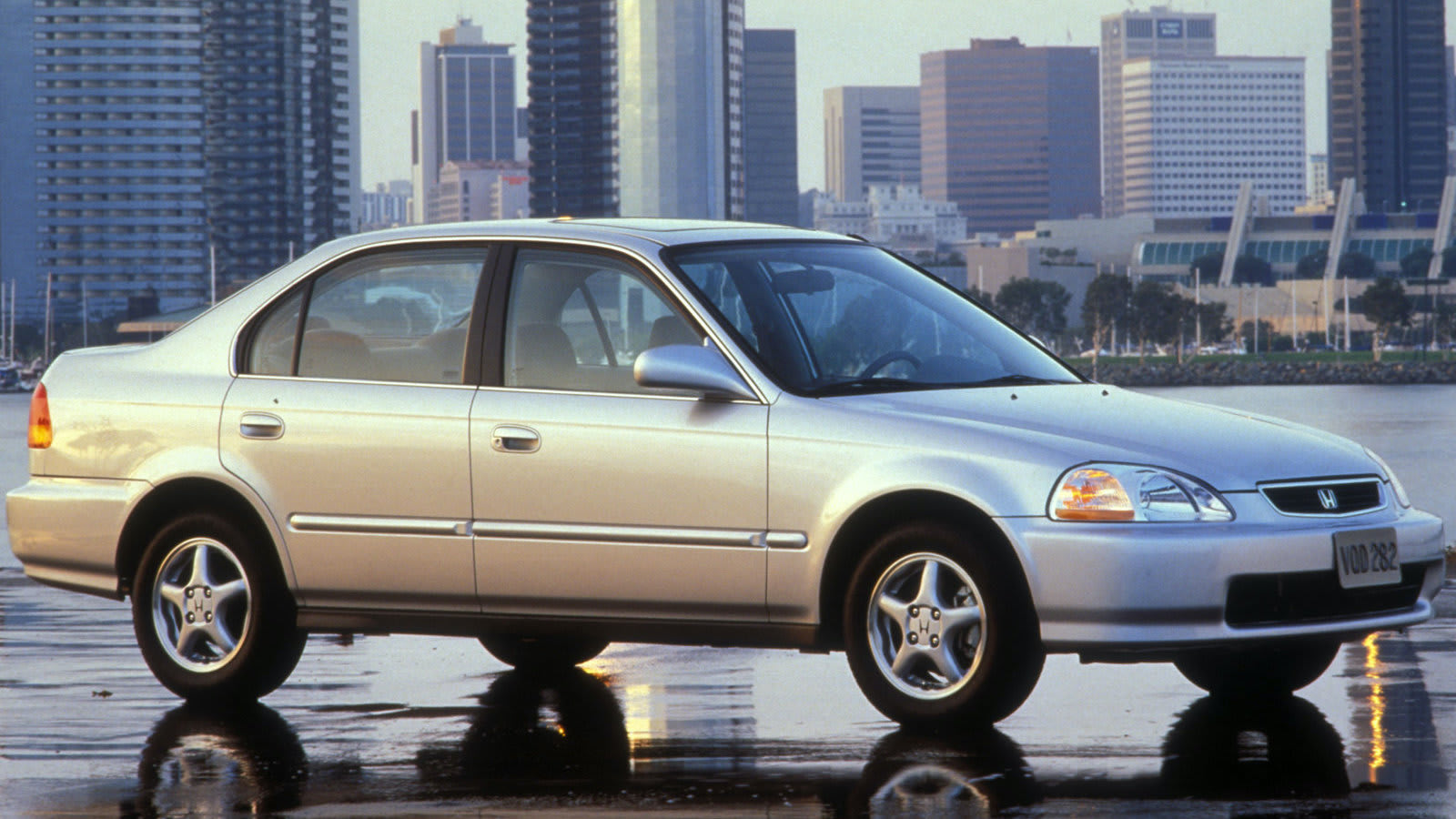 The sixth-gen Civic was another example of a largely evolutionary replacement. Stylistic updates were limited and relatively subtle, but there were some noteworthy bits. The Si returned, mercifully, and this was also the first Civic offered with a natural-gas engine option. 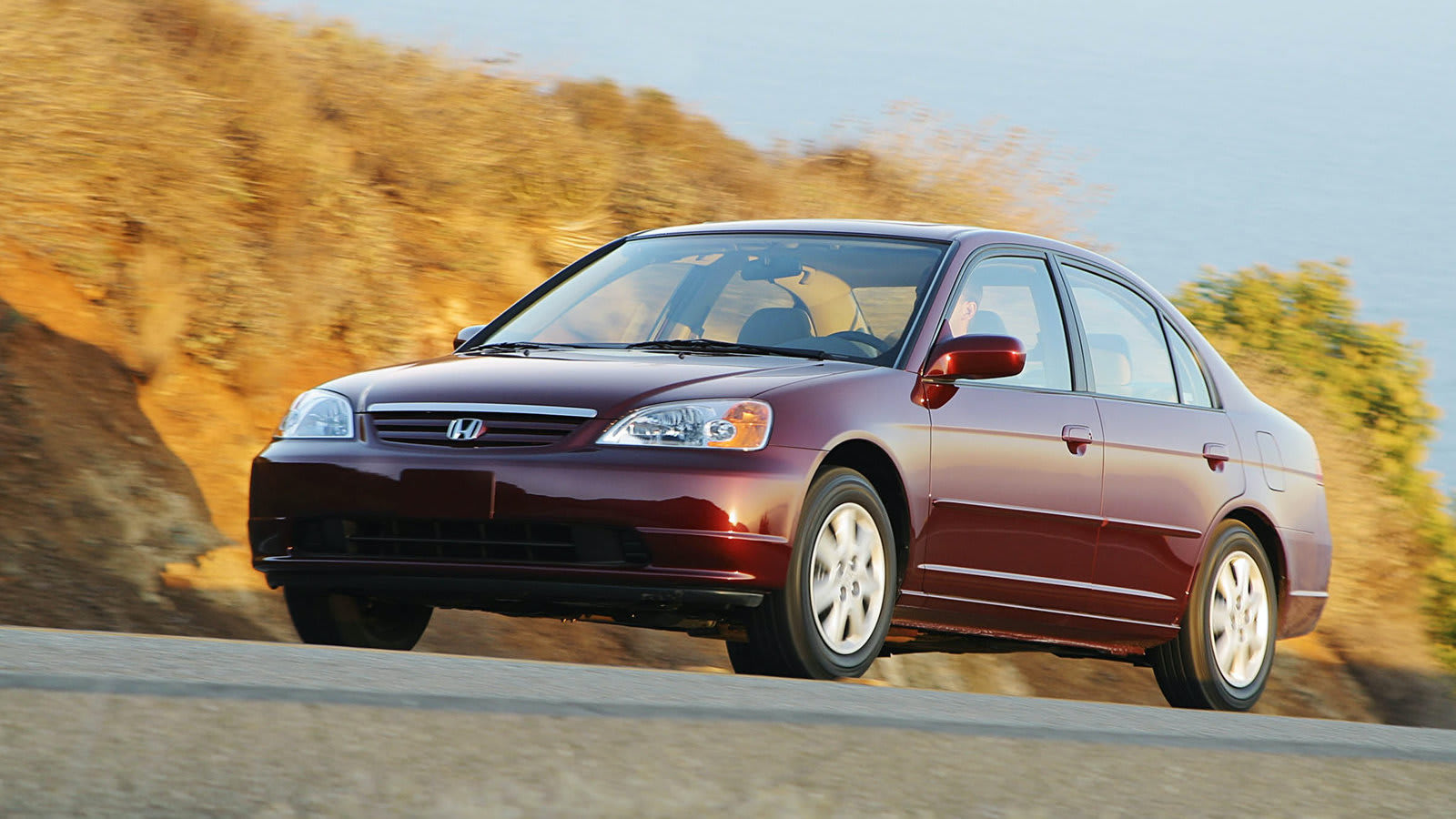 This was a bit of a weird one. Adding a bit more sophistication and hardening some of the Civic’s softer edges, the seventh-gen car looked like a big step forward on paper. On the enthusiast side of things, especially here in the United States, things were a bit murkier. This was the era of the EP3 Civic Si

hatchback, which was probably best known for being a worse version of the (then not U.S.-legal) Type R without any real upside; it was also upstaged by the Acura RSX. This was the first generation of the Civic to be offered in a hybrid variant as well. 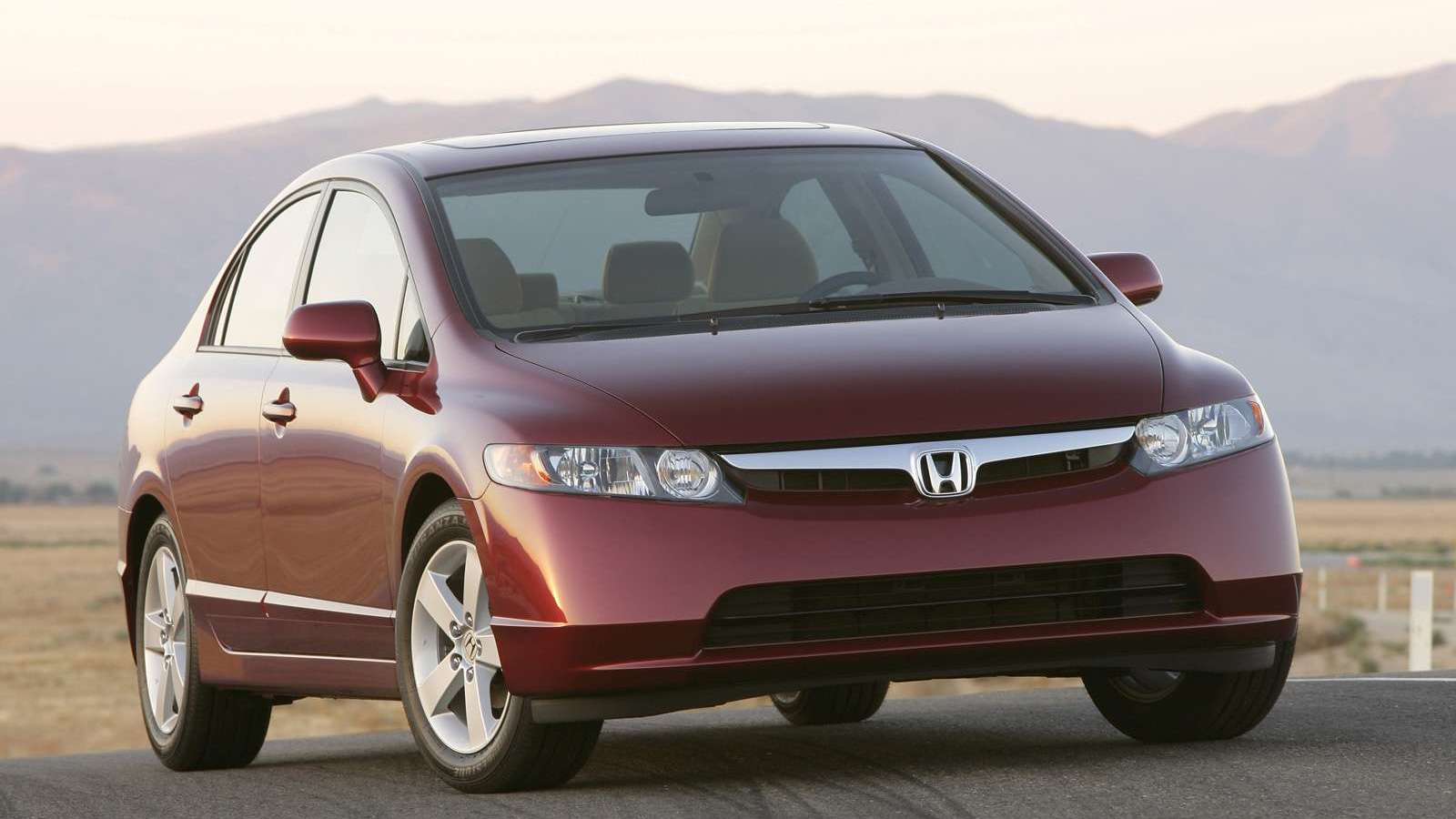 And this was the correction. The eighth-gen Civic tossed out all of the understated elegance of the previous car and replaced it with a spaceship on wheels. Fortunately, this spaceship was quicker, as the Si returned to form (figuratively more than literally, depending on who you ask; some Si fans are hatch purists) with a nice power bump. This was also when overseas and U.S. models became distinct platforms, which further delayed hope of the much-loved Type-R coming stateside. The legacy of this split has had trickle-down ramifications that can still be seen today, as the Hatchback model of the outgoing Civic was still manufactured in England. 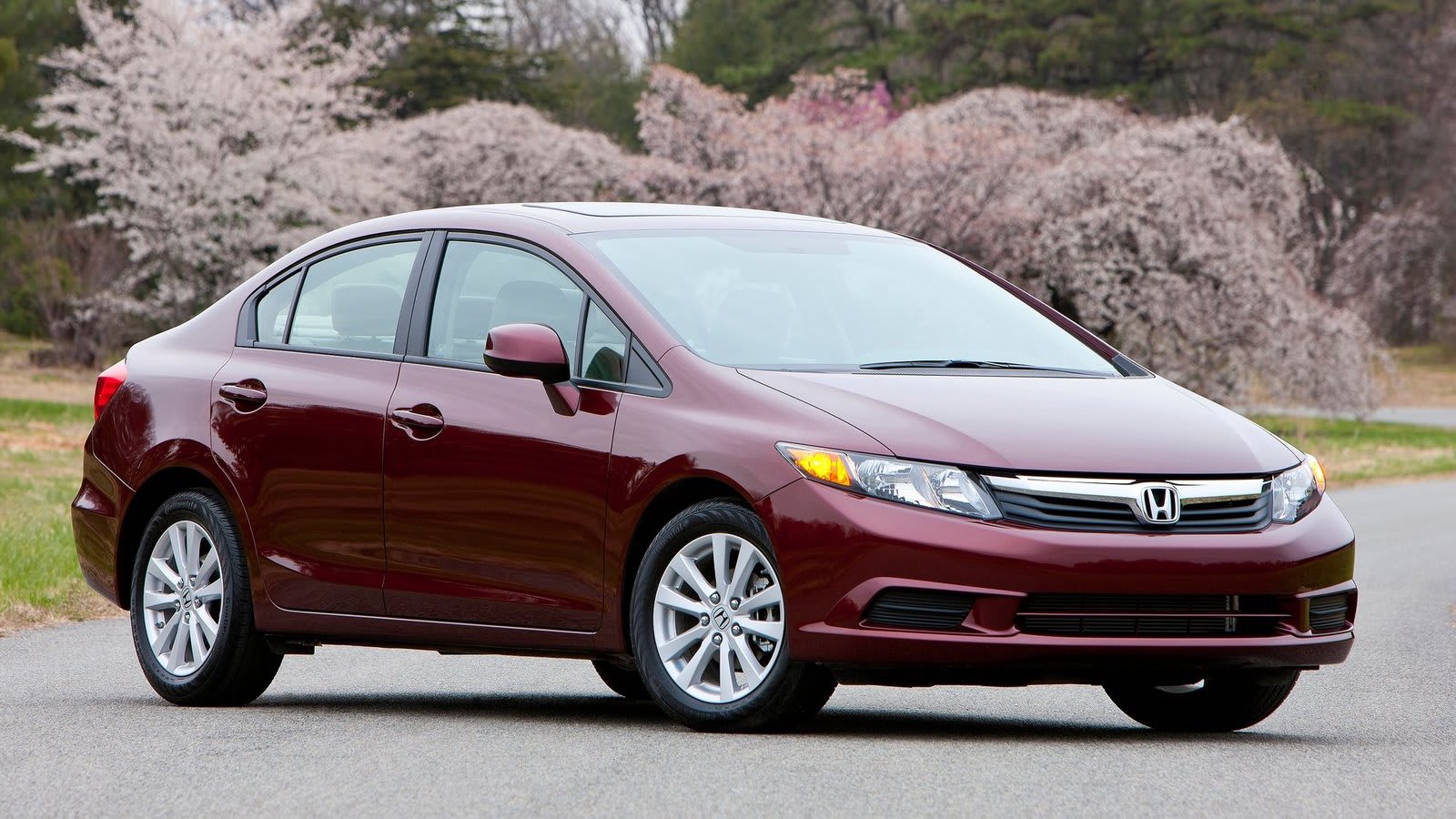 The ninth-gen Civic was yet another swing of the pendulum. The styling became more muted (though the shape remained effectively the same) and the Si got a bigger engine, albeit without a correspondingly significant bump in power. Its rev range was also reduced by a good bit, which disappointed a lot of fans who preferred the high-revving nature of older Si models. 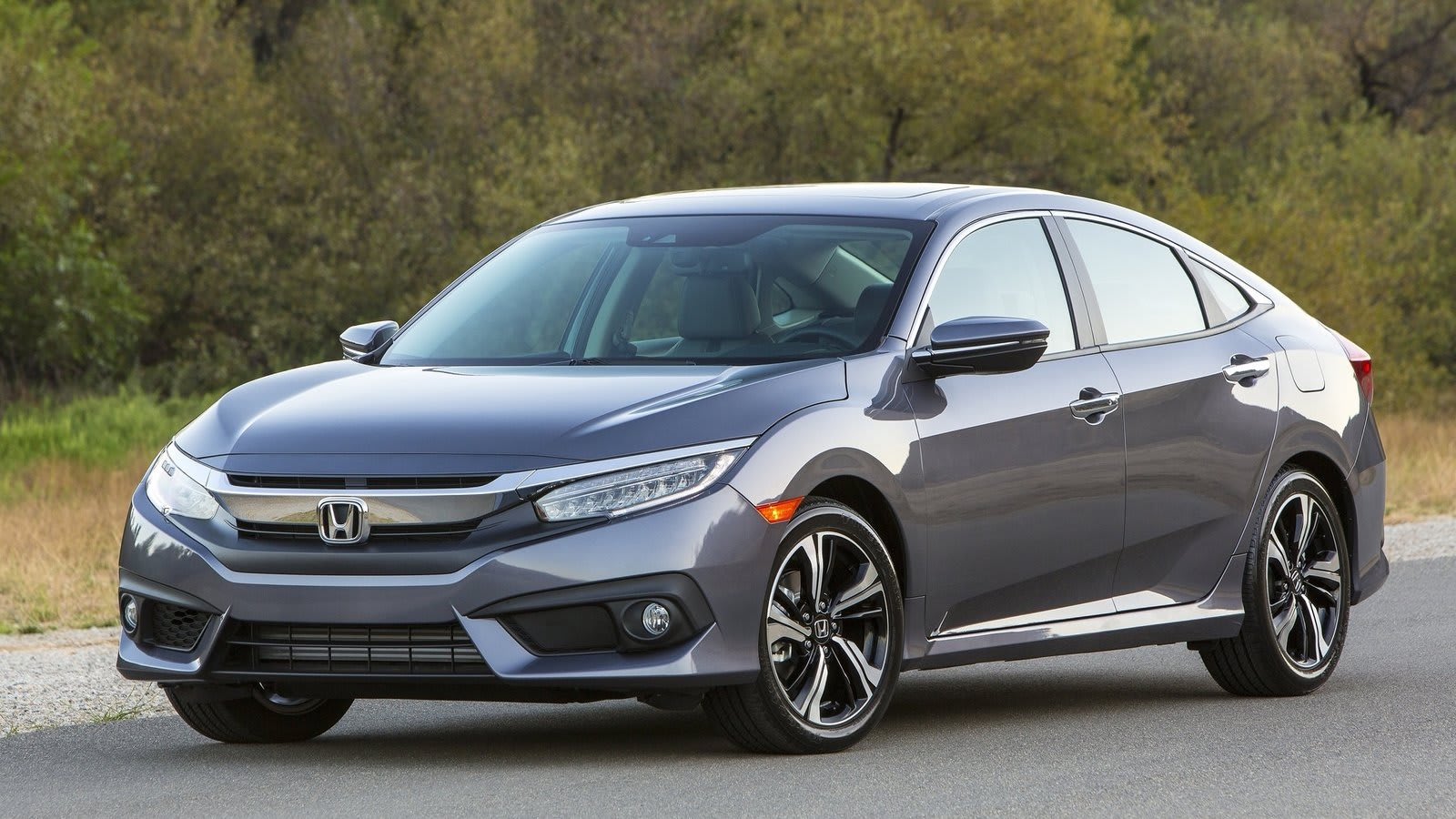 It’s possible we’re over-using the word “correction” in this story, so let’s just say the 2016 Civic was a true clean sheet. The Civic gained some turbocharged engines (even in the Si) and ejected the Hybrid (though the Insight

is a Civic Hybrid in all but name), and the hatchback came to the United States (and was also offered in Type-R guise to boot). This generation also saw the beginning of a pivot back to the days of the Civic and Accord being more stylistically harmonious, which to many is also a good thing. 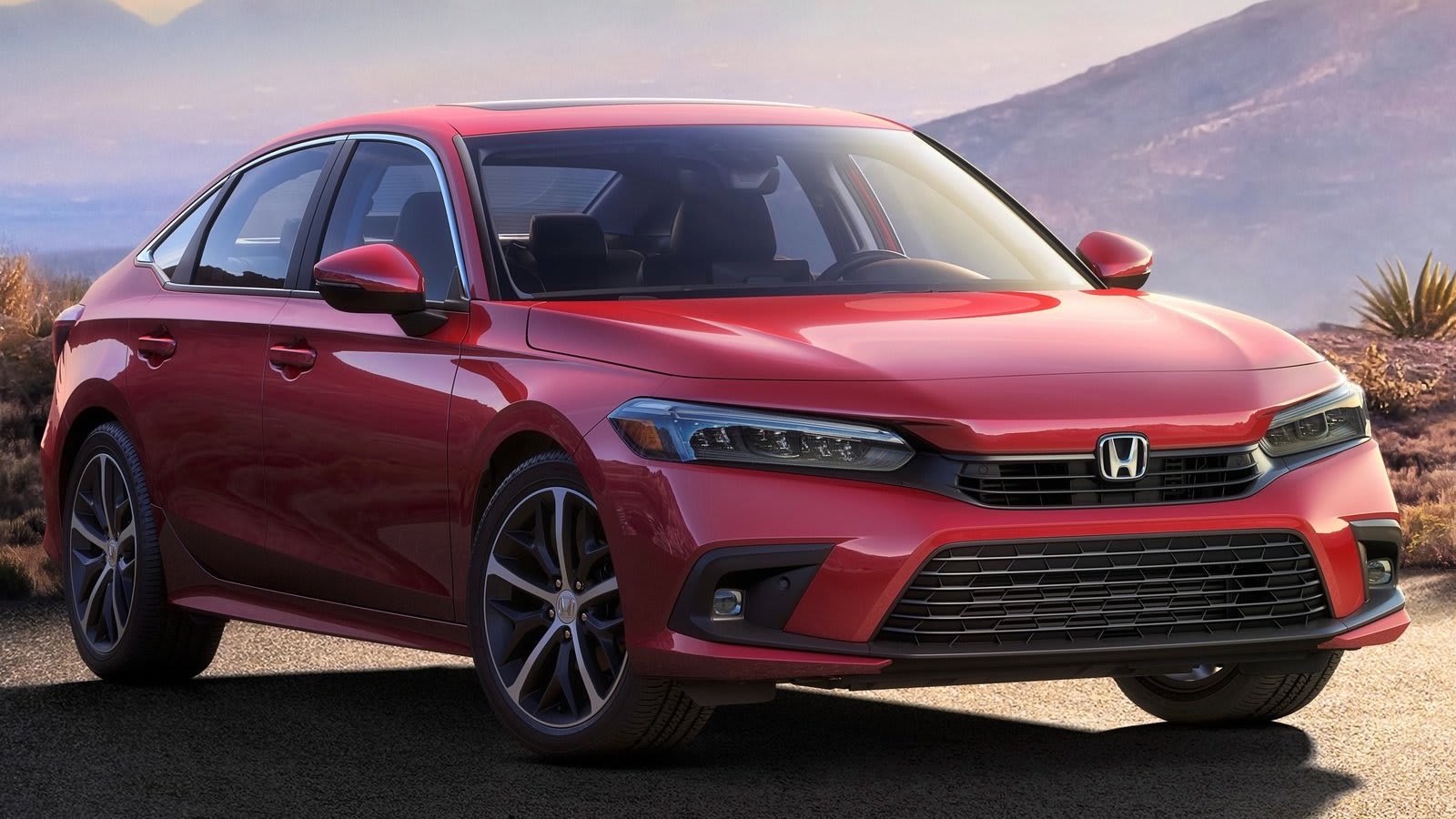 For 2022, the Civic gets a little longer and wider, but the basic formula and the push toward a more conservative, Accord-like design both remain; the coupe, however, does not (RIP). We don’t yet know what to expect from the 11th-generation Civic Si or Type-R, but we won’t have to wait terribly long to find out, as both are expected to be revealed over the course of the next year.