The latest expansion has dropped for “Hot Wheels Unleashed” and it looks like an Acme Corp blast. It includes five new vehicles based on Bugs Bunny, Daffy Duck, Wile E. Coyote, Road Runner and Marvin the Martian. You’ll also get a new environment in the pack: the Looney Tunes Adventure Park. The environment is split into 4 different areas each representing a classic Looney Tunes backdrop. As always, there’s also a new Track Builder Module and a customization pack for your in-game basement that come with the expansion as well. Want to know more? Check out the trailer below.

For those of you who love the analytical side of F1, “F1 Manager 22” looks like it could be a dream come true. The new behind-the-scenes trailer has some pretty interesting footage of the team scanning the faces and bodies of F1 drivers for the game, and the developers give some pretty compelling reasons for doing so, rather than simply just updating the hairstyles or manually tweaking the in-game drivers from season to season. Apparently, to create the 3D models, the team has a machine full of cameras that takes about 400 images in just 3 seconds. From there, they simply stitch the images together to create the models, spending only about 1 week on each driver. It’s really interesting stuff and you can learn more about it in the video below.

If you love Hot Wheels and “Mario Kart” (and let’s be honest, who doesn’t?) then you might be interested in picking up this awesome Rainbow Road Hot Wheels set at a huge discount. The set was discounted by 45% on Prime Day and the deal is still holding, for now. If you missed this one earlier this week and want to pick up a cool new Hot Wheels set at nearly half price, you can check out the listing right here 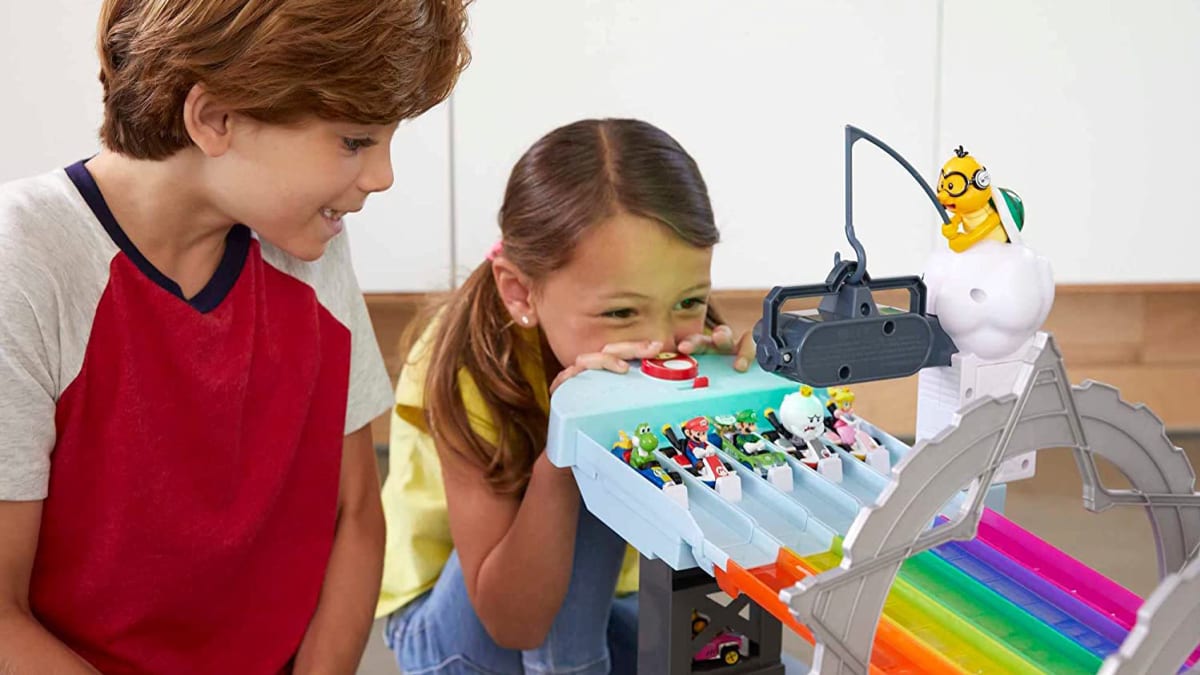