For most of the period from the middle 1950s through the late 1990s, the Lincoln Marks were the most expensive cars Americans could buy from the Ford Motor Company. During the 1970s, the M ark III

, Mark IV, and Mark V personal luxury coupes were built on the same chassis as the then-massive Thunderbird , with curb weights hovering around 5,000 pounds. Here’s a 1972 Mark IV, from the ye ar when engine power really started its Malaise Era fall off a cliff, photographed in a Denver-area self-service yard. 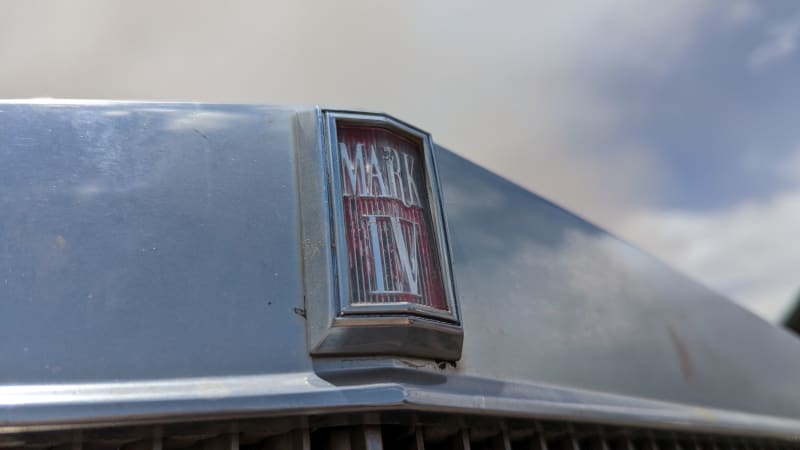 , though the Benz had the more powerful V8 engine.

Power ratings had just gone to net rather than gross numbers

, so this massive 460-cubic-inch (7.5-liter) V8 was rated at just 224 horsepower (ever-stricter emission rules knocked actual power down as well). At least the torque was still pretty good, at 342 pound-feet. 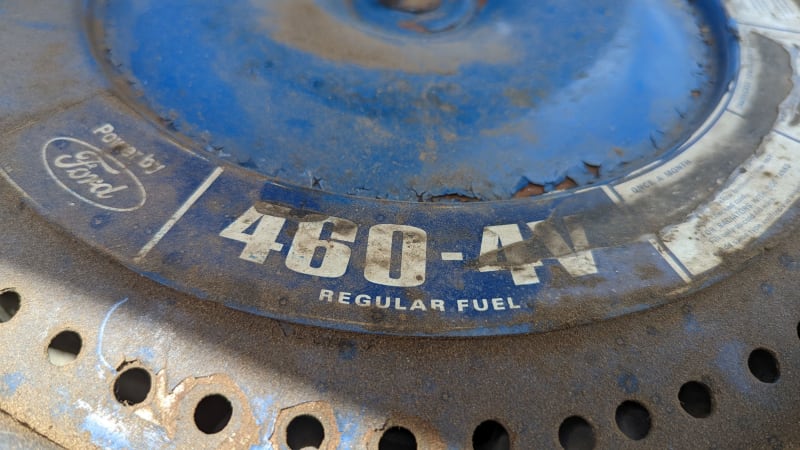 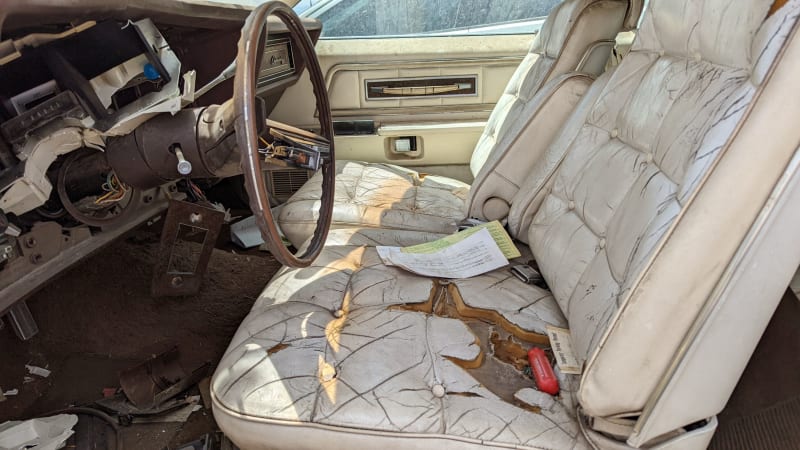 This car clearly spent quite a while, probably at least a couple of decades, sitting outdoors in the harsh Colorado climate. The seat upholstery is deeply irradiated. 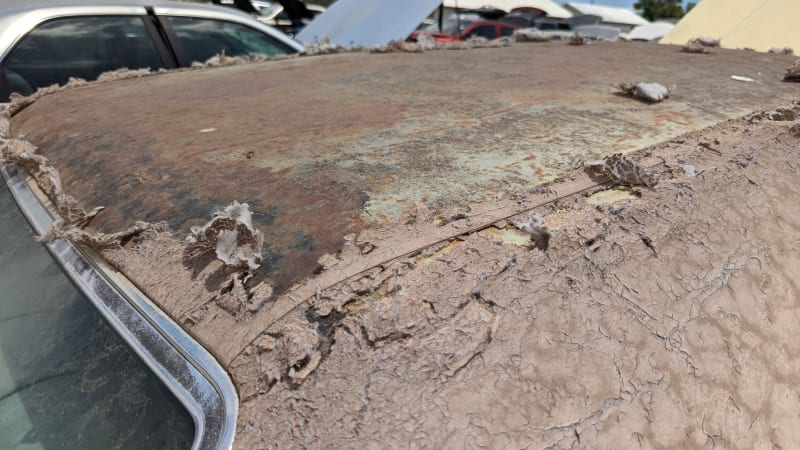 The padded vinyl roof didn’t fare well beneath the sun. 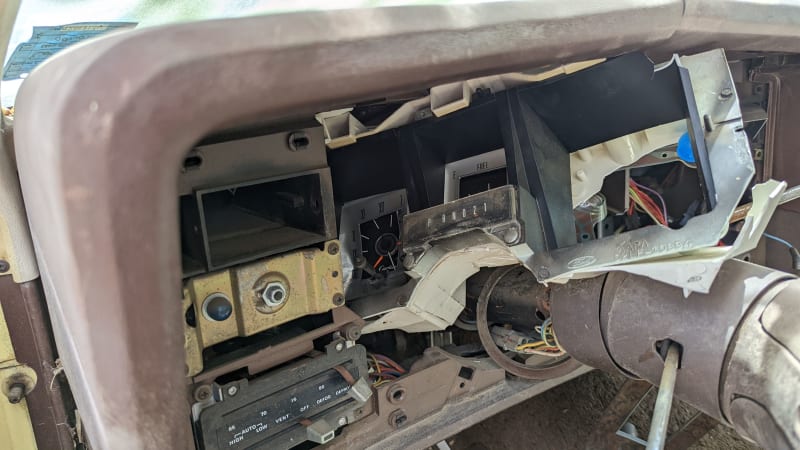 Someone has torn apart the dash, but you can still see the classy Cartier clock hiding in the wreckage. 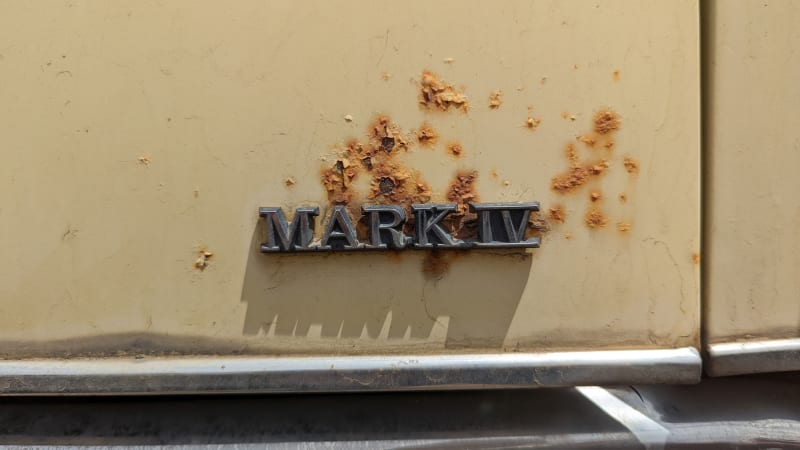 There’s some rust, enough to scare off anyone who might have been interested in performing a restoration. 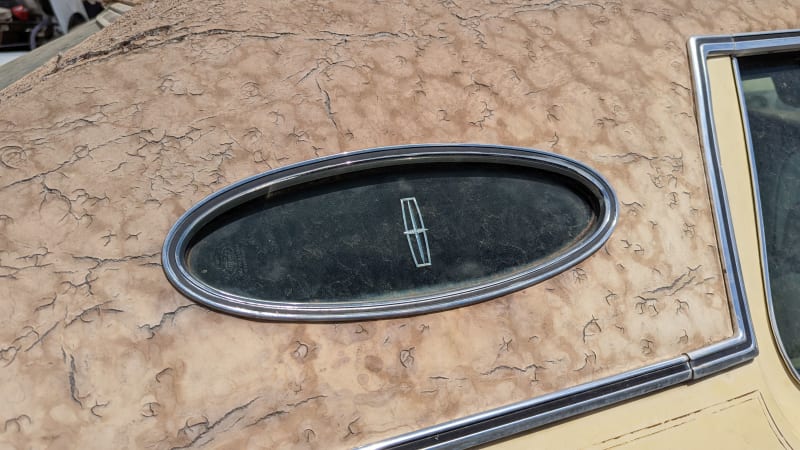 The Continental Mark IV’s main rival was the Cadillac Eldorado, which was slightly smaller and (marginally) less packed with bling. 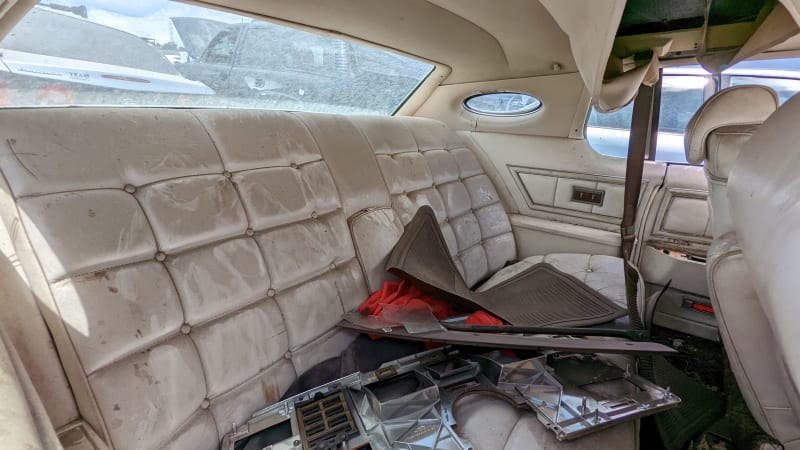 The ’72 Imperial LeBaron was cheaper and boasted one more horsepower than the Mark IV, but seemed stodgy next to the devil-may-care Lincoln.

More than 8,000 owners of that luxury car switched to Continental for ’71.