North American sports-car shoppers in 1974 faced an interesting dilemma. Say you had $7,000 to spend (about $39,000 in 2020 dollars) and you wanted a lightweight European convertible with plenty of power and slinky good looks. The Porsche 911 and Jaguar E-Type were out of your price range (and the 911 Targa wasn’t a true convertible, anyway), the cheap MGB, Triumph TR6, and Fiat 124 Sport Spider were too slow, and the Triumph Stag’s Rube Goldberg-designed engine scared everyone. But wait! Alfa Romeo offered the gorgeous and speedy Spider Veloce 2000 for $6,550, while your local Jensen dealer offered the devilish-looking Jensen-Healey for just $5,545 and the Jensen-Healey was lighter and more powerful than the Alfa. Here’s one of those cars in Colorado, consigned to the crusher’s waiting room after many years of awaiting repairs that never came. 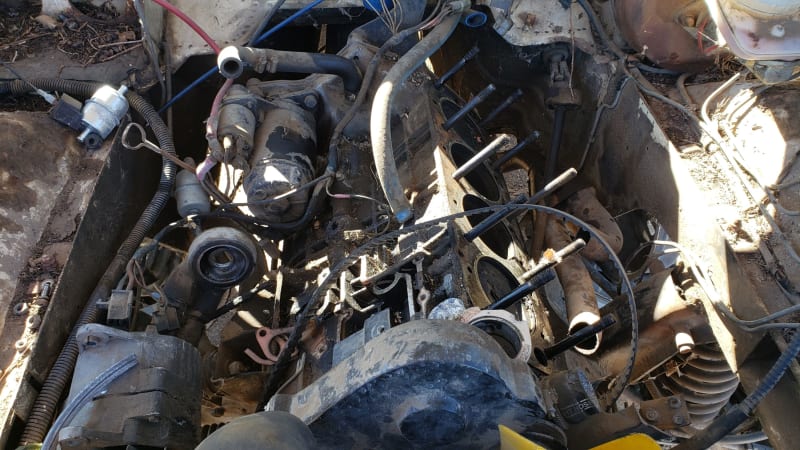 The heart of the Jensen-Healey was the Lotus 907 slant-four engine, the screaming “torqueless wonder” that forced drivers to keep the tachometer needle in the alarming part of the dial much of the time. The glovebox-full-of-cocaine Lotus Elites and Esprits of the early Disco Era came with the 907 under the hood. Someone grabbed the cylinder head off this one before I got here. 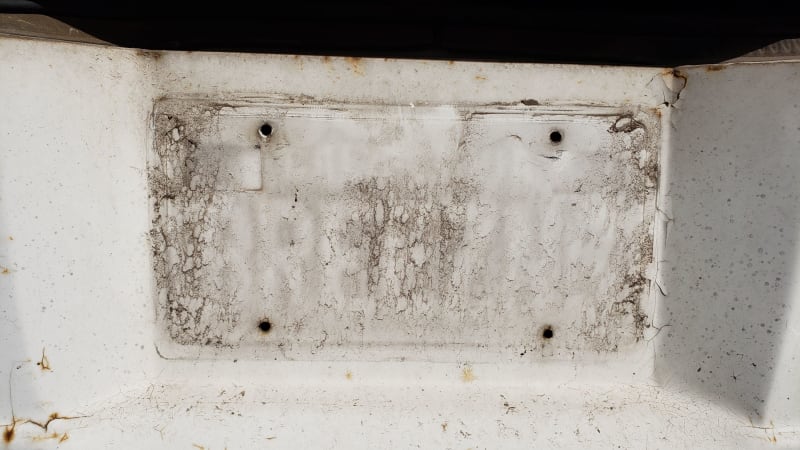 You can just make out the dust-shadow of a California license plate, apparently one of the blue-on-white embossed jobs from the 1987-1994 period. Perhaps this car moved to Colorado 25 years ago and never moved under its own power again. 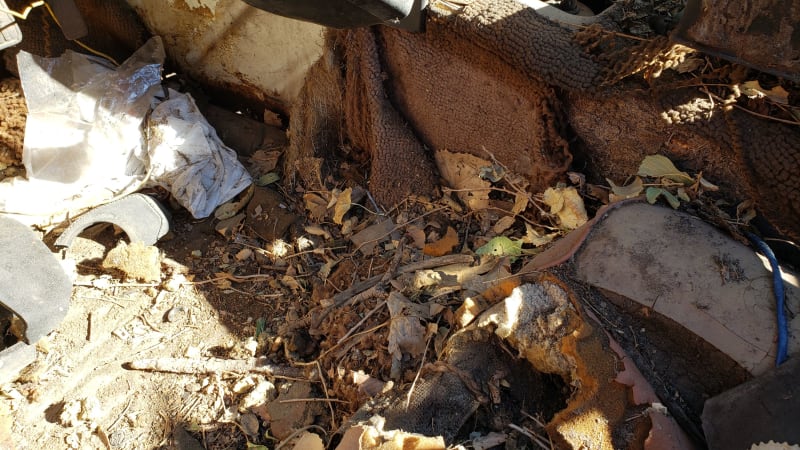 Outdoor storage of a convertible never goes well in the High Plains climate. The sun nukes the top and then the critters make themselves at home. Every winter, the car fills up with snow, which then melts and rusts holes in the floor. 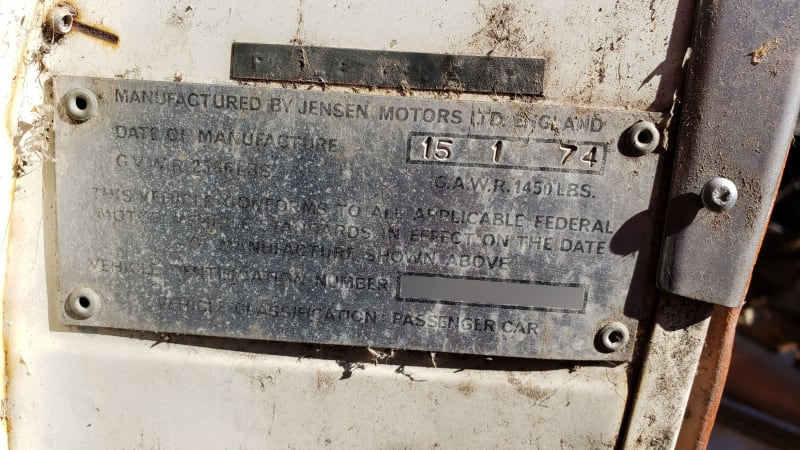 This is the third Jensen-Healey I’ve found in a boneyard since I started this project, and all three have been 1974 models. The Jensen-Healey could be purchased here for the 1972 through 1975 model years. 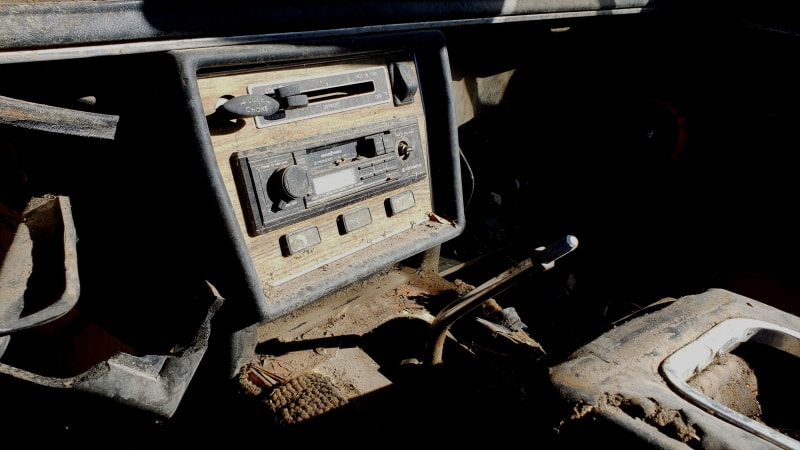 The remains of a pretty-good-by-late-1980s-standards Pioneer KE-2222 SuperTuner cassette deck bleaches in the Colorado Springs sun. 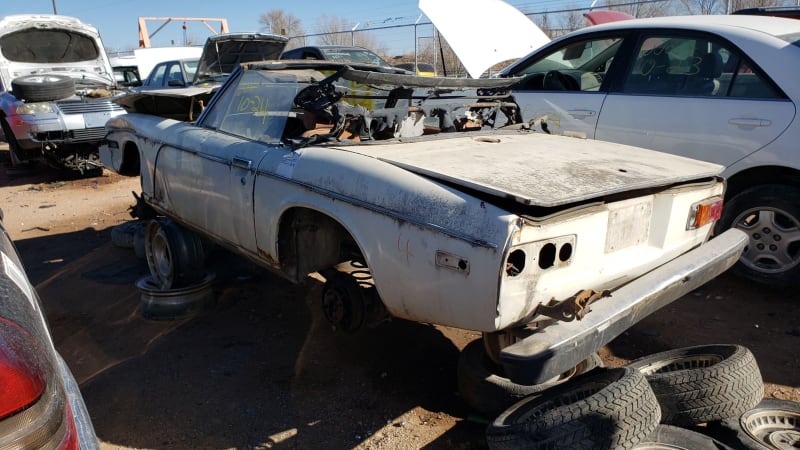 The 1974 Jensen-Healey weighed 2,116 pounds and had 140 horsepower under the hood, giving it a power-to-weight ratio of 15.1 pounds per horse. The 1974 Alfa Spider moved its 2,220 pounds with 129 horsepower for a 17.2 lb/hp ratio. Meanwhile, the hairiest factory-built ’74 Corvette’s ratio was 17.2 lb/hp, and even the Porsche 911S (13.9 lb/hp) and Ferrari 308 Dino (14.3 lb/hp) just barely surpassed the Jensen in the power-to-weight department. Sure, all those cars out-torqued the Jensen-Healey by several parsecs and had no Prince of Darkness electrical bits, but what a deal!