Americans have been able to buy a vehicle called the Cherokee for most of the last half-century, though the size and even manufacturer of Cherokees has varied greatly during that period. Right now, your Jeep dealer can sell you a compact crossover Cherokee based on a Fiat platform and built by Stellantis, and the most iconic Cherokee remains the 1984-2001 XJ, which was designed by American Motors with a great deal of Renault

input and (starting in 1987) built by Chrysler and then (starting in 1998) DaimlerChrysler. The first Cherokees were great big two-doors based on the Wagoneer, though, and they were built from the 1974 through 1983 model years. Today’s Junkyard Gem is one of those early Cherokees, photographed a couple of months back in a Denver-area self-service boneyard . 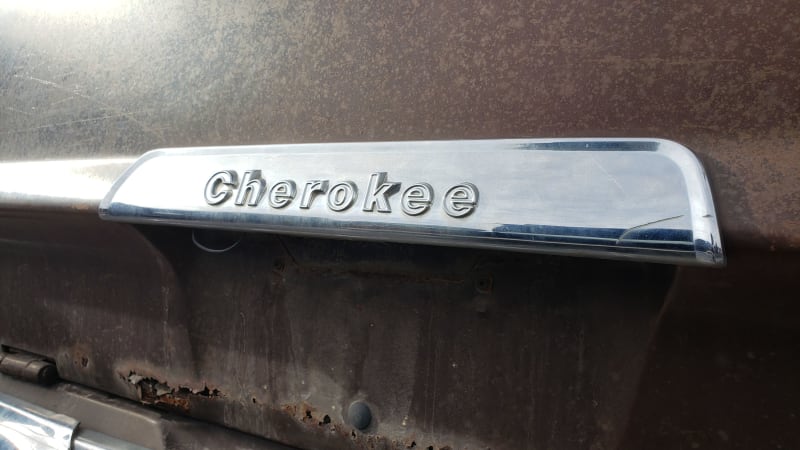 The 1976 SJ Cherokee was a 3,938-pound behemoth (actually about the same weight as the current Cherokee and its much smaller footprint, but modern vehicles are a lot heavier than their predecessors), with a base price of $5,258. That’s about $26,590 in 2022 dollars, which is remarkably similar to the $28,135 MSRP of the base ’22 Cherokee, but keep in mind that you really

had to pile on the extra-cost options if you wanted features we take for granted today (for example, power steering, automatic transmission, and any sort of audio system cost plenty in your ’76 Cherokee). 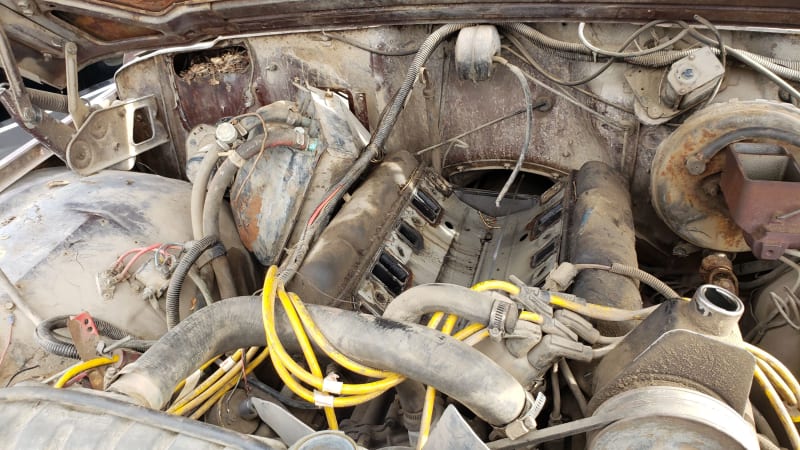 The base engine for the ’76 Cherokee was the good old 258-cubic-inch AMC straight-six, rated at 110 horsepower and 195 pound-feet. If you think that sounds like a formula for an agonizingly slow truck, you’re right. That’s why most ’76 Cherokee buyers opted for one of the three available AMC V8 engines; you could get a 304 (5.0-liter) rated at 150 horsepower, a 360 (5.8-liter) with either 175 or 195 horsepower, or a 401 (6.5-liter) making 235 horses. All three engines look the same at a glance and I didn’t feel up to scraping off decades of engine-block grime to look at casting numbers, so we’ll just say this Jeep 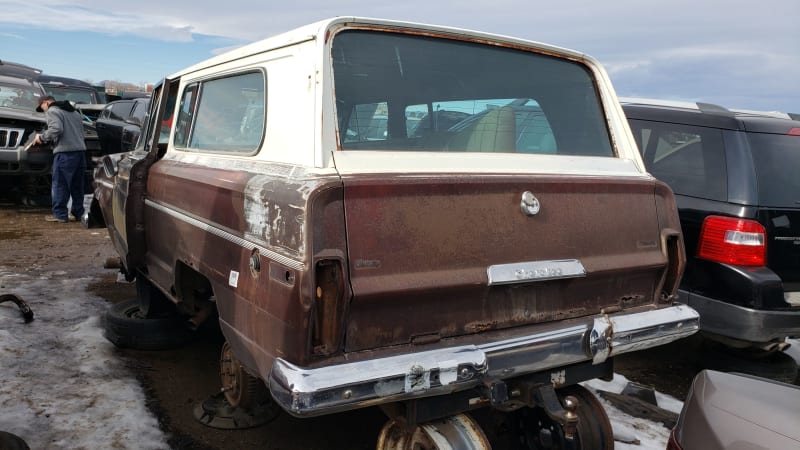 AMC pitched this truck as a rough-and-rugged family hauler, laughably short on luxury by 21st-century truck standards but fairly comfortable compared to the military-style trucks many Americans had bought in earlier decades. It’s cheaper and sportier-looking than its Wagoneer sibling, thanks to the stylish two-door setup, but access to the passenger compartment was more difficult. A four-door version appeared starting in 1977. 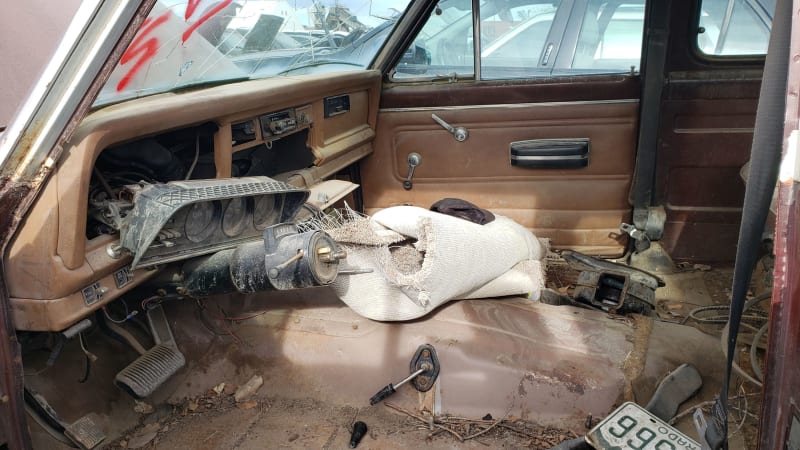 This one lived a hard life and there’s not much interior left. 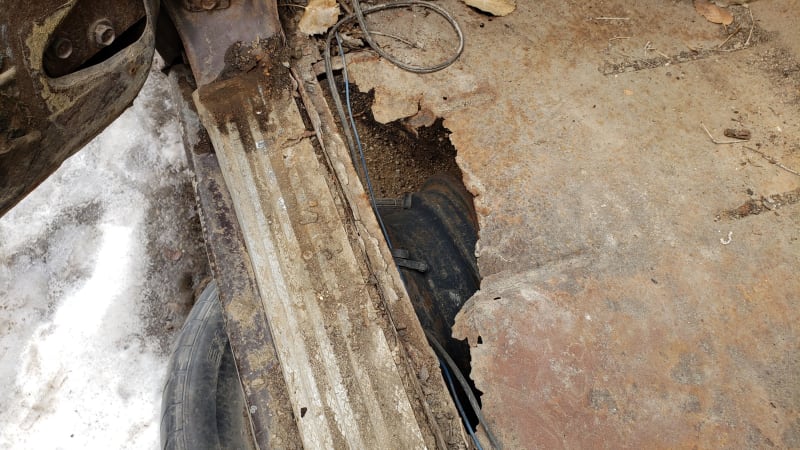 Is there rust? Yes, plenty! 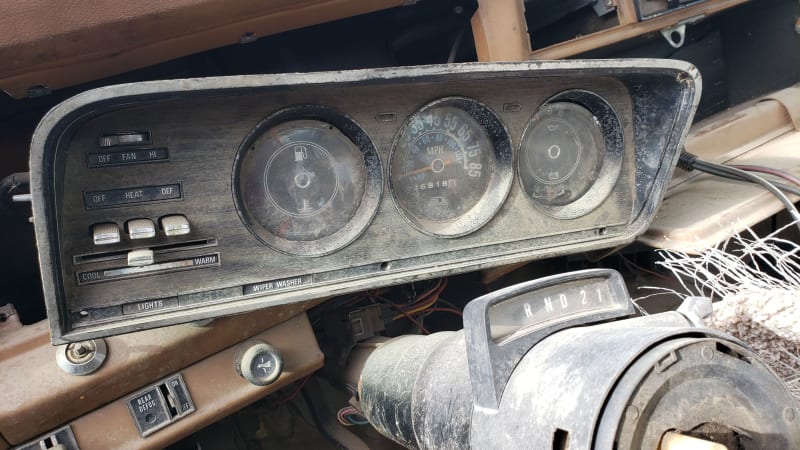 No air conditioning, but at least it has an automatic transmission (the base gearbox was a three-on-the-floor manual) and rear window defogger. By the way, that automatic added 455 bucks (about $2,300 now) and the defogger cost $52 ($262 now). The A/C would have been a cool 480 spondulix

, which comes to about $2,425 in 2022). There would be riots in Jeep showrooms if Stellantis attempted to sell any Jeeps with no A/C today, so the cost is figured into the sticker price. 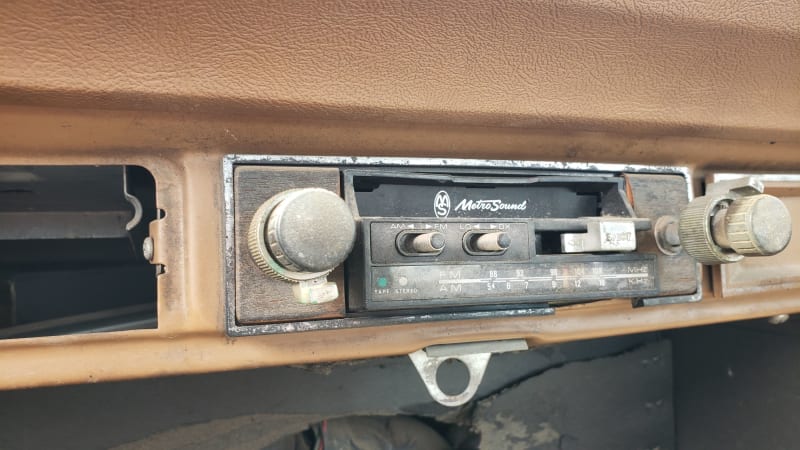 A tinny, single-speaker AM radio cost 75 bucks from your Jeep dealer in 1976 ($380 today), but this truck has an aftermarket AM/FM/cassette deck from MetroSound. 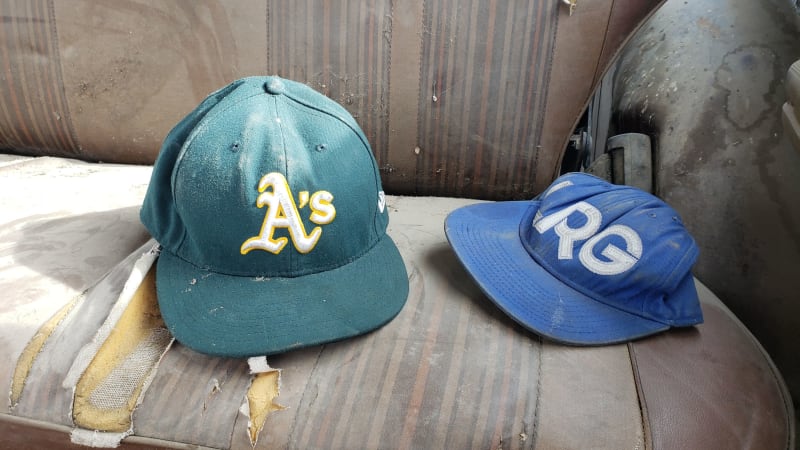 Even though this yard is just south of Denver, I found a fitted Oakland Athletics cap

in dusty but otherwise nice condition in the back seat of this Cherokee. I took it home, washed it, and donated it to a 24 Hours of Lemons team full of A’s fans. 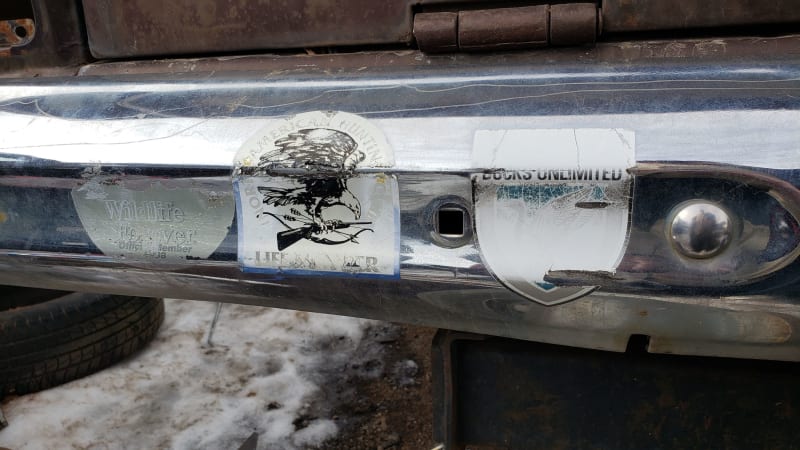 Unlike later Cherokees (and Grand Cherokees), the SJ was built with huntin’ and fishin’ abilities prioritized over commuting comfort, and these stickers show that this truck spent its share of time in the woods.

Just the thing for driving your daughters cross-country to a campsite full of hunky boys.

A couple of decades later and every mall parking lot would be packed with Cherokee Chiefs.

The Week In IndyCar, Feb 12, with Colton Herta

Police arrest last of the protesters at U.S.-Canada bridge