Toyota has been making Corollas since the Bronze Age (actually, since 1966), and every one of those cars had rear-wheel-drive until the debut of the fifth-generation Corolla in 1983. Just to confuse everyone, this series of Corollas included some front-wheel-drive cars and some rear-wheel-drive versions — including the famous AE86 — and thus making the fourth-generation Corolla the last one to be fully in the dorifuto-friendly rear-wheel-drive camp. Today’s Junkyard Gem is one of those cars, a faded but nicely-optioned TE75 Corolla fastback found in a Silicon Valley self-service yard last month. 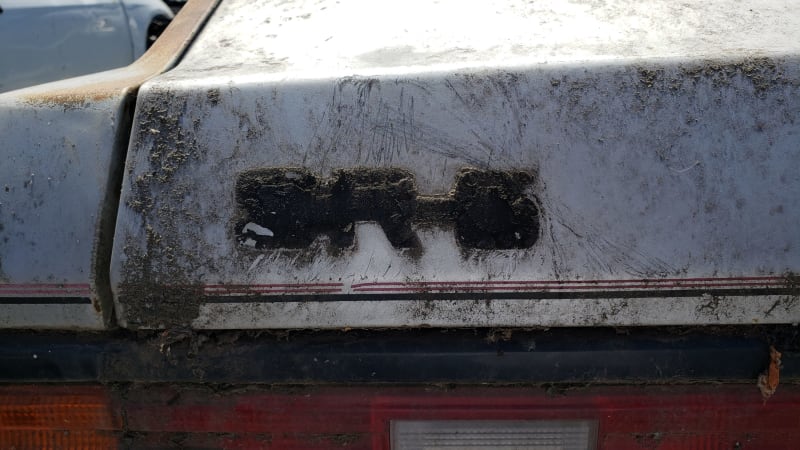 Toyota has been using the SR-5 trim-level designation in the United States since at least the 1972 model year, and you can still buy an SR-5 truck today. 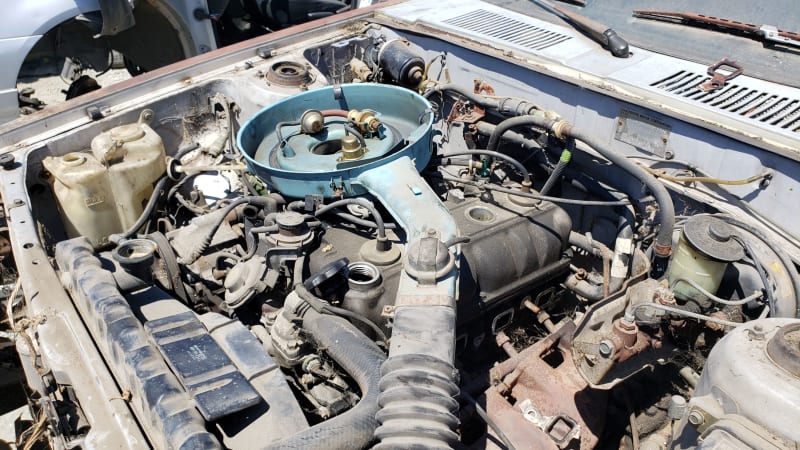 American Corolla buyers could get this car with an overhead-cam 4A-C engine in 1983, but the 1980-1982 Corollas had but a single available engine here: the 3T-C, a 75-horsepower pushrod four that ranks up there with the Chrysler Slant-6 and Mercedes-Benz OM617 in the sturdiness department. 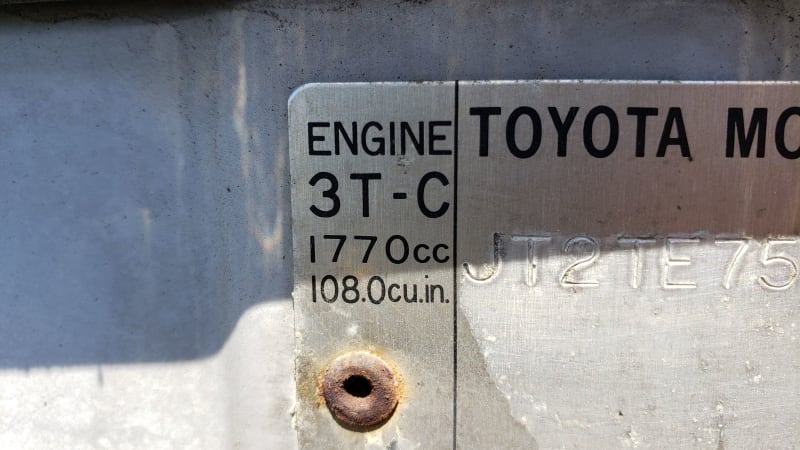 Racers have learned that you can boost the living hell out of a 3T-C and it won’t care. 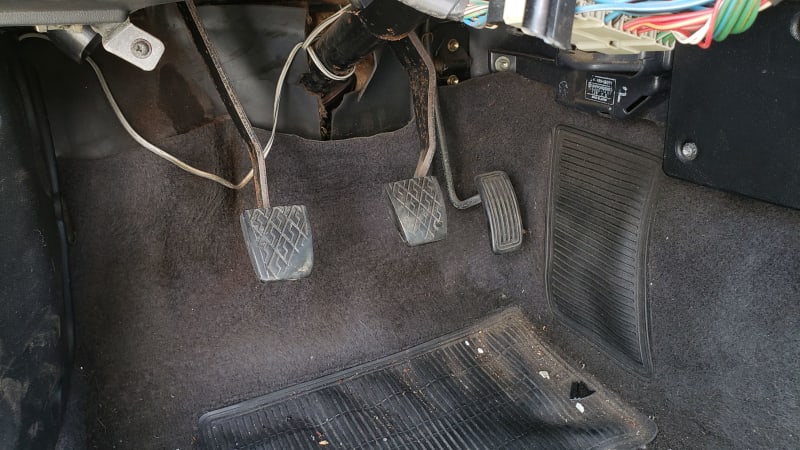 Plenty of Americans were getting automatic transmissions in their econo-commuters by the early 1980s, but a stock 3T-C with a slushbox made for miserably slow acceleration. This car has the five-speed manual. 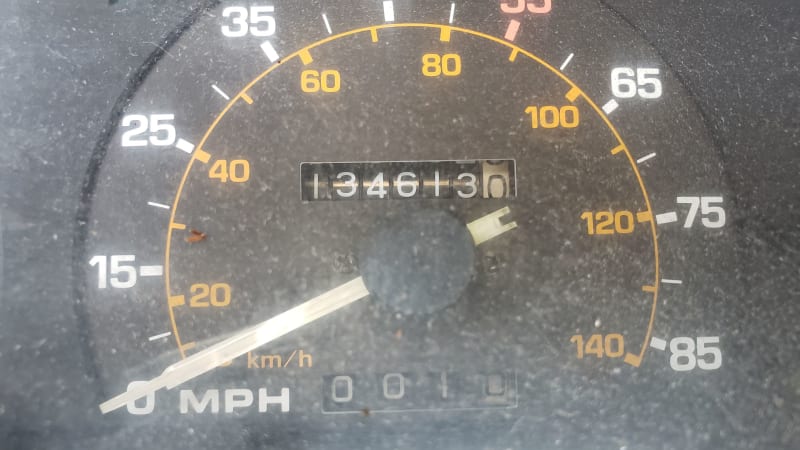 134,613 miles on the clock isn’t a huge amount for a 39-year-old Toyota (especially compared to some of the high-mile 1980s Toyota machinery I’ve found in car graveyards), but I suspect that this car got parked for good decades ago and then got dispatched to Pick-n-Pull as the result of a driveway or yard cleanup. 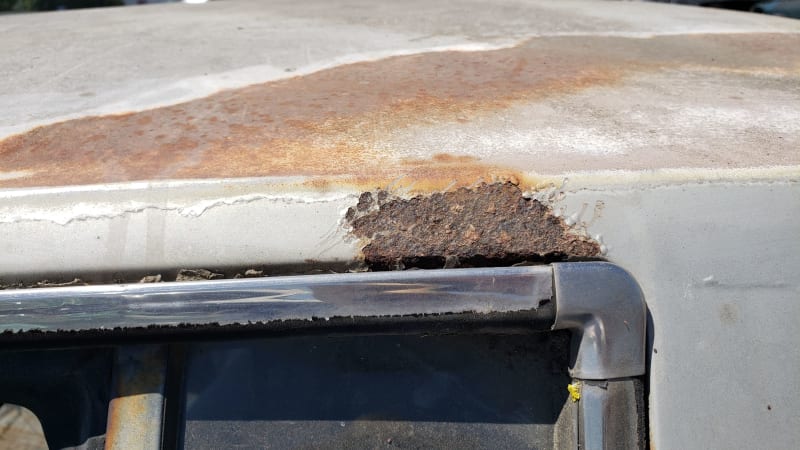 Cars that sit immobile for long periods in coastal California tend to get rust around the drip rails, as the summer sun nukes the paint and the winter rains get into metal seams. 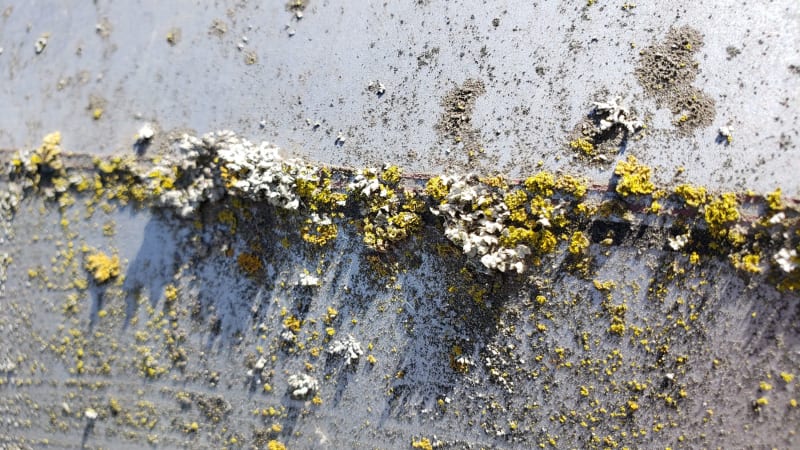 Another indicator of lengthy outdoor California storage: the moss and lichens on the side that was shaded during its long hibernation. I got some good patina photographs out of this car. 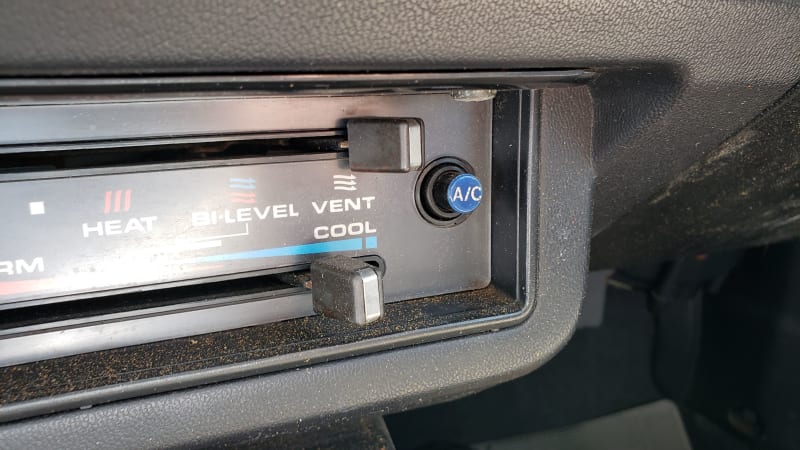 Air conditioning was still very expensive in cars when this one was built, and few Americans in 1982 felt willing to add 10% or more to the bottom line by adding refrigerated air to a subcompact. 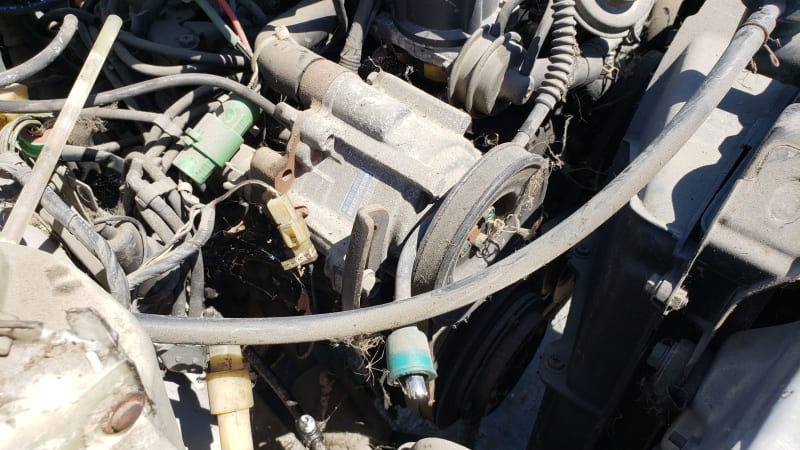 This car has it, though. It’s possible that the SR-5 package included A/C in 1982. The round blue A/C dash switch went into everything from Coronas to Land Cruisers during the 1980s; I use one as the main power switch for my Turbo II Junkyard Boogaloo Boombox. 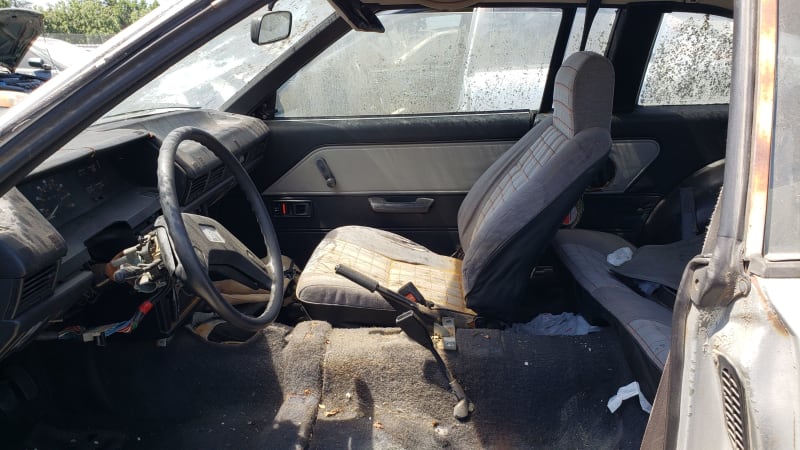 This car could have been fixed up for street or racing use, but there are nicer TE75s available in California and these cars have a limited pool of enthusiasts to begin with.

Oh, what a feeling!

The sedan version got this puzzling commercial in its homeland. We never got the LASRE (Lightweight Advanced Super Response Engine) engine on this side of the Pacific, sadly, and thus never experienced the joys of LASRE Shock.