Peugeot said adieu to the United States in 1991, a few years after Renault threw in the towel here (Citroën departed after 1973 and Simca after 1971), but one French car managed to make a stand against German and Japanese sport sedans on American roads for a while in the 1980s: the Peugeot 505

Turbo. During the 505 Turbo’s reign here, it offered more power at a lower price than nearly all its BMW 3 Series competitors (with the notable exception of the M3), with French styling and comfort to boot. I don’t find many of these cars during my junkyard explorations of recent years, but this Canadian-market ’85 showed up in a Denver-area yard last week. 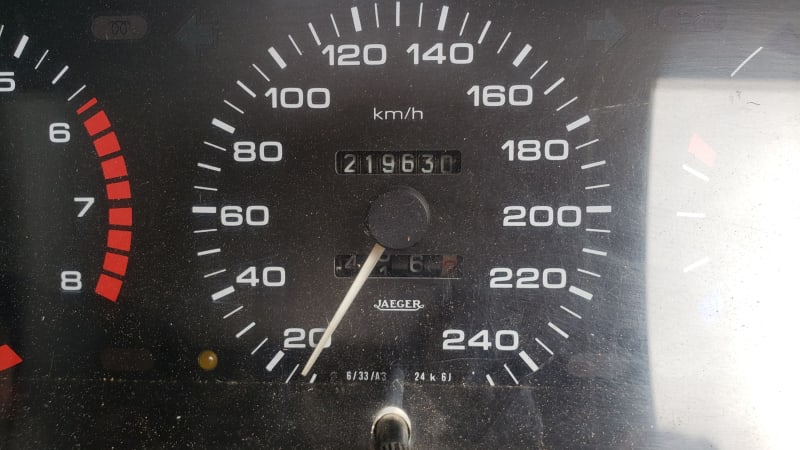 While the 505 Turbo was plenty quick for its time, I thought the 240 mph speedometer seemed a trifle optimistic. Then I realized that I was looking at k 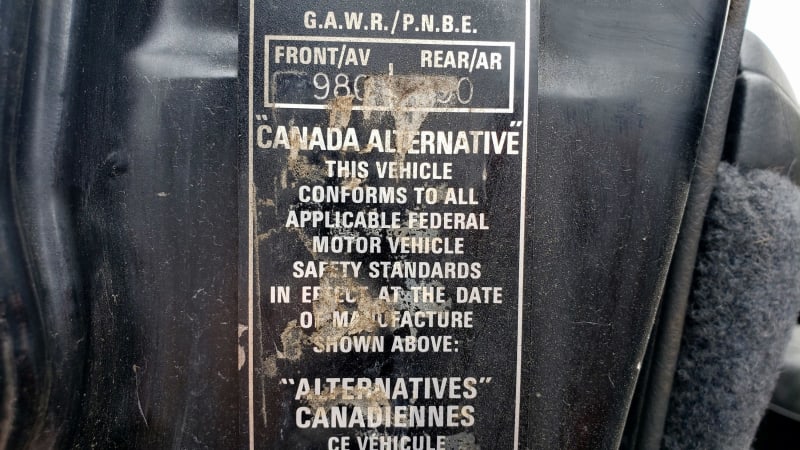 A gray-market import, brought over by some Peugeot aficionado and converted to US-spec headlights at great expense? A glance at the door jamb proved otherwise; this car was originally sold in Canada, then moved south at some later date. I see the occasional car that started out in Mexico or Canada in Colorado junkyards, including a Chevrolet Chevy

and a snowbird Civic. Gray-market French cars do show up here, of course. 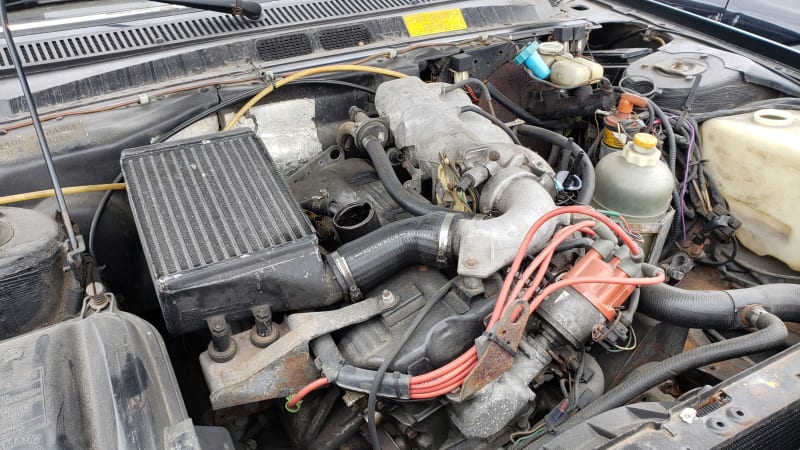 would sell you a new Tredia Turbo sedan with 116 horsepower for a mere $9,279 that year, but it had front-wheel-drive and ugly-duckling styling next to the 325e and 505. 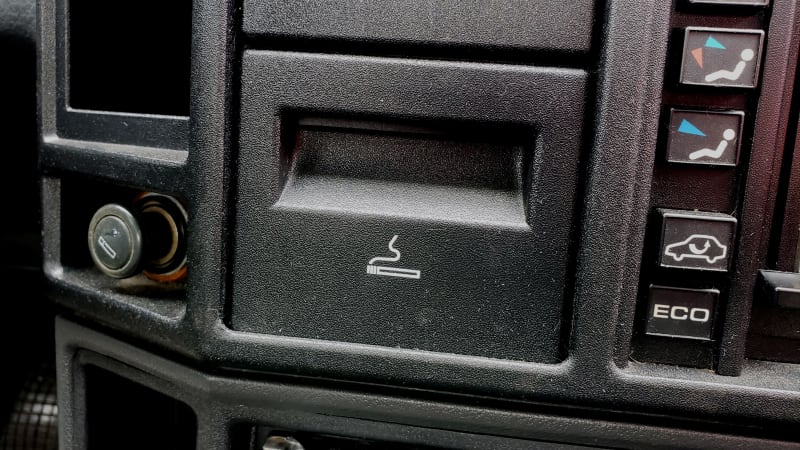 The ashtray takes up more real-estate than just about any dash feature, but you need big ash capacity when both front-seaters are chaining unfiltered Gitanes during long road trips. 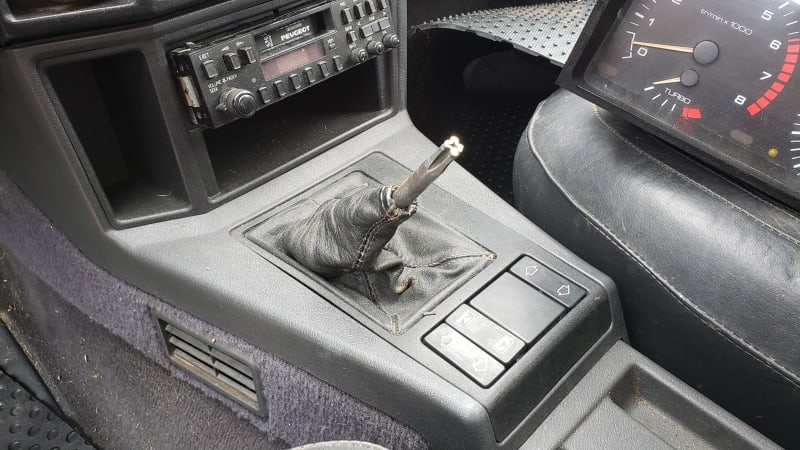 An automatic transmission was available, but most North American 505s got the correct five-speed manual. 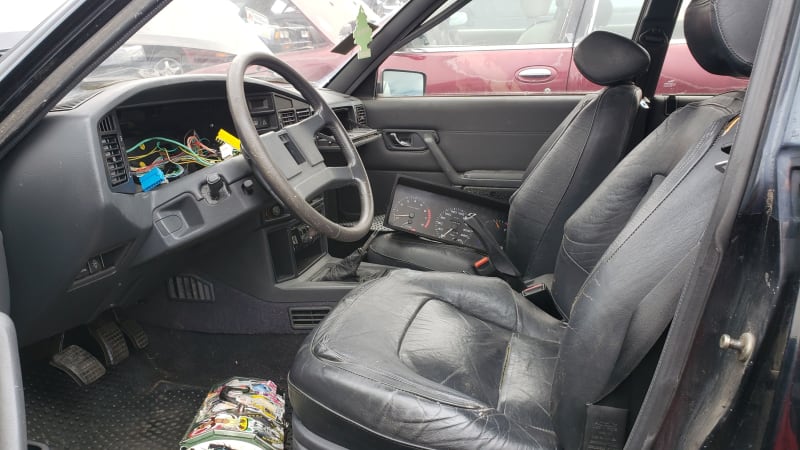 All Peugeots sold in North America were far more comfortable than their competition, even if reliability wasn’t so great and replacement parts were hard to obtain. I had a Peugeot 504 daily-driver 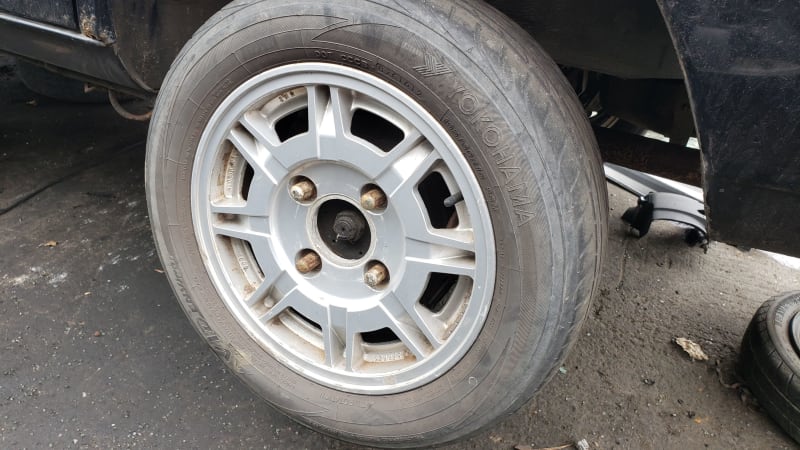 This being Colorado, owners of old Subarus are always on the lookout for Peugeot 504s and 505s in junkyards. Why? Because only rear-wheel-drive Peugeots and pre-1990s Subarus use the super-oddball 4x140mm wheel bolt pattern, and the Subaru freaks have a rough time finding good aluminum wheels for their BRAT 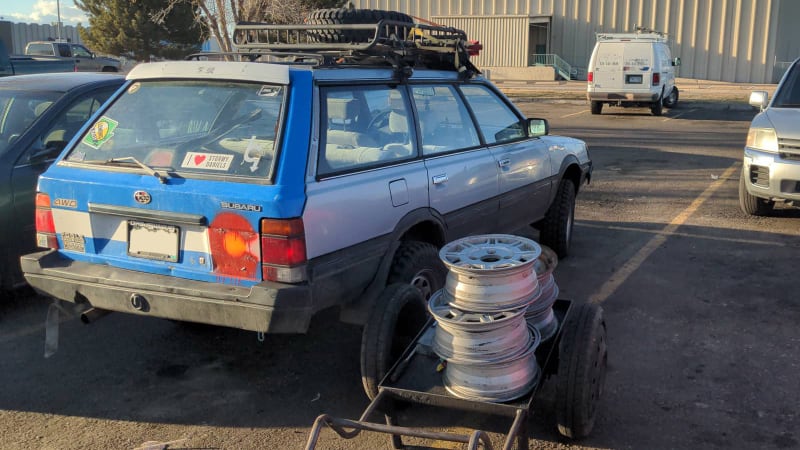 , and its owner hastened over to the LKQ in Aurora to grab those precious wheels, moments after I broadcast their existence to the local Lemons community. Fortunately, they are the 15″ diameter type and not the no-tires-available TRX size that went on some 505s. 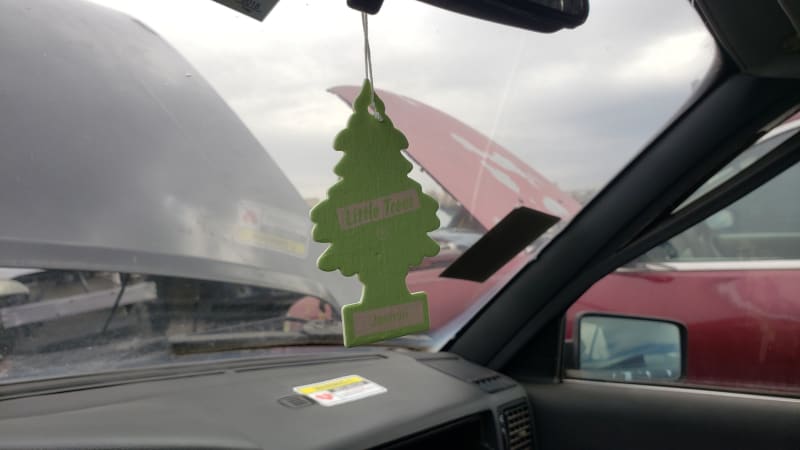 You’ll find one in every car. You’ll see.