Kia Telluride Luggage Test | How much fits behind the third row?

This test has been a long time coming. Although my experience on the Kia Telluride first drive plus Zac Palmer’s Telluride-vs-Enclave luggage test pointed to the ultra-popular three-row crossover being a luggage-lugging champ, I haven’t had the opportunity to test it here at Luggage Test Headquarters in Portland. Alas, the time has come. Huzzah.

Now, as with the luggage tests of all three-row vehicles, I will only be looking at the space behind the third row. On paper, the Telluride has 21 cubic feet back there, which compares to the 16-to-18 range of most rival crossovers. That includes the mechanically related Hyundai Palisade, which has 18. The only vehicle that approaches it is the Volkswagen Atlas

at 20.6 cubic-feet (see video at page bottom). Let’s see how it does with actual bags. 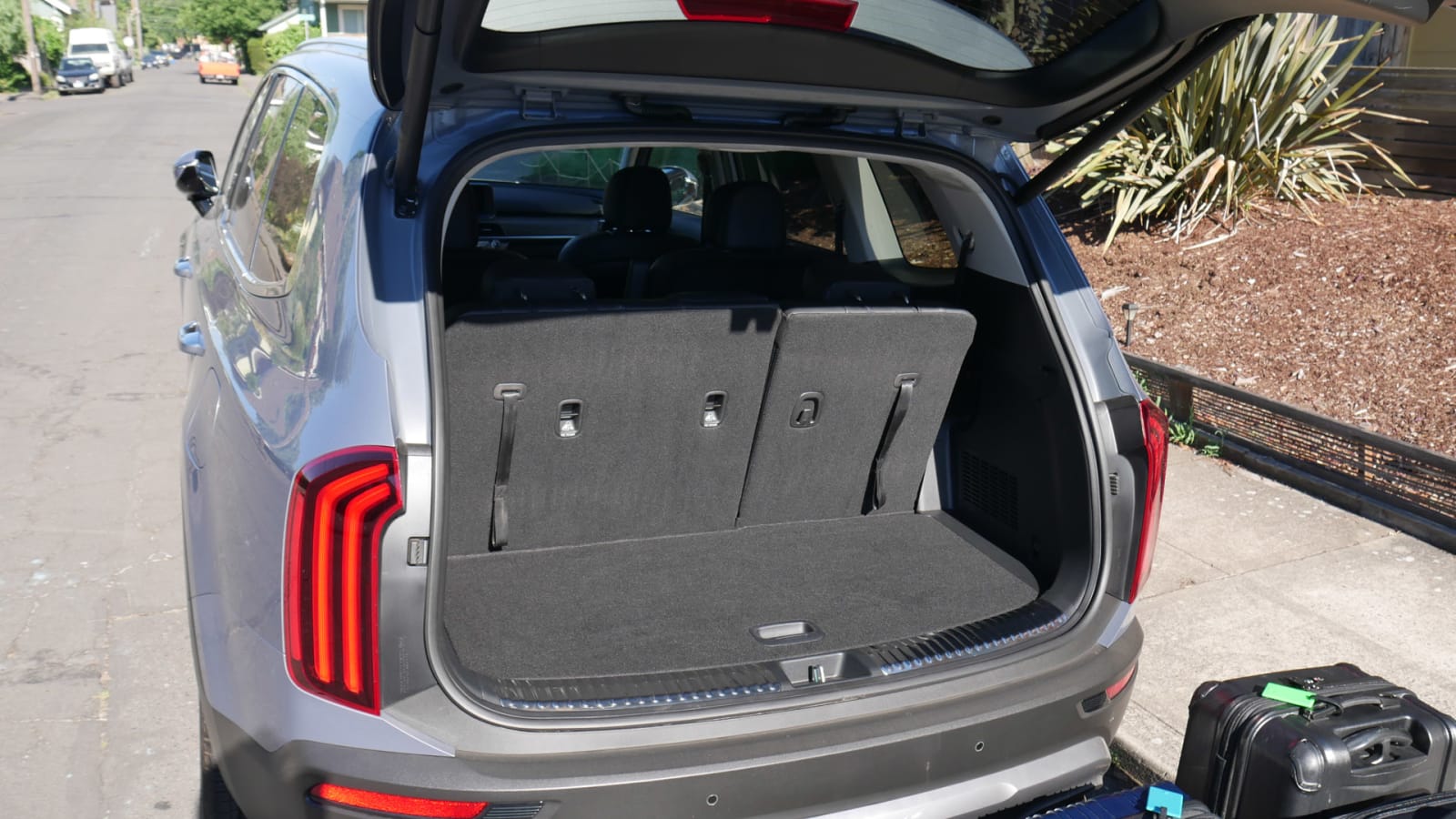 First off, maybe there’s a bit more depth than normal, and the Telluride’s slightly boxier shape might help it in this endeavor. But, is it really that

much bigger than competitors? Let’s find out.

As with every luggage test, I use two midsize roller suitcases that would need to be checked in at the airport (26 inches long, 16 wide, 11 deep), two roll-aboard suitcases that just barely fit in the overhead (24L x 15W x 10D), and one smaller roll-aboard that fits easily (23L x 15W x 10D). I also include my wife’s fancy overnight bag just to spruce things up a bit (21L x 12W x 12D). 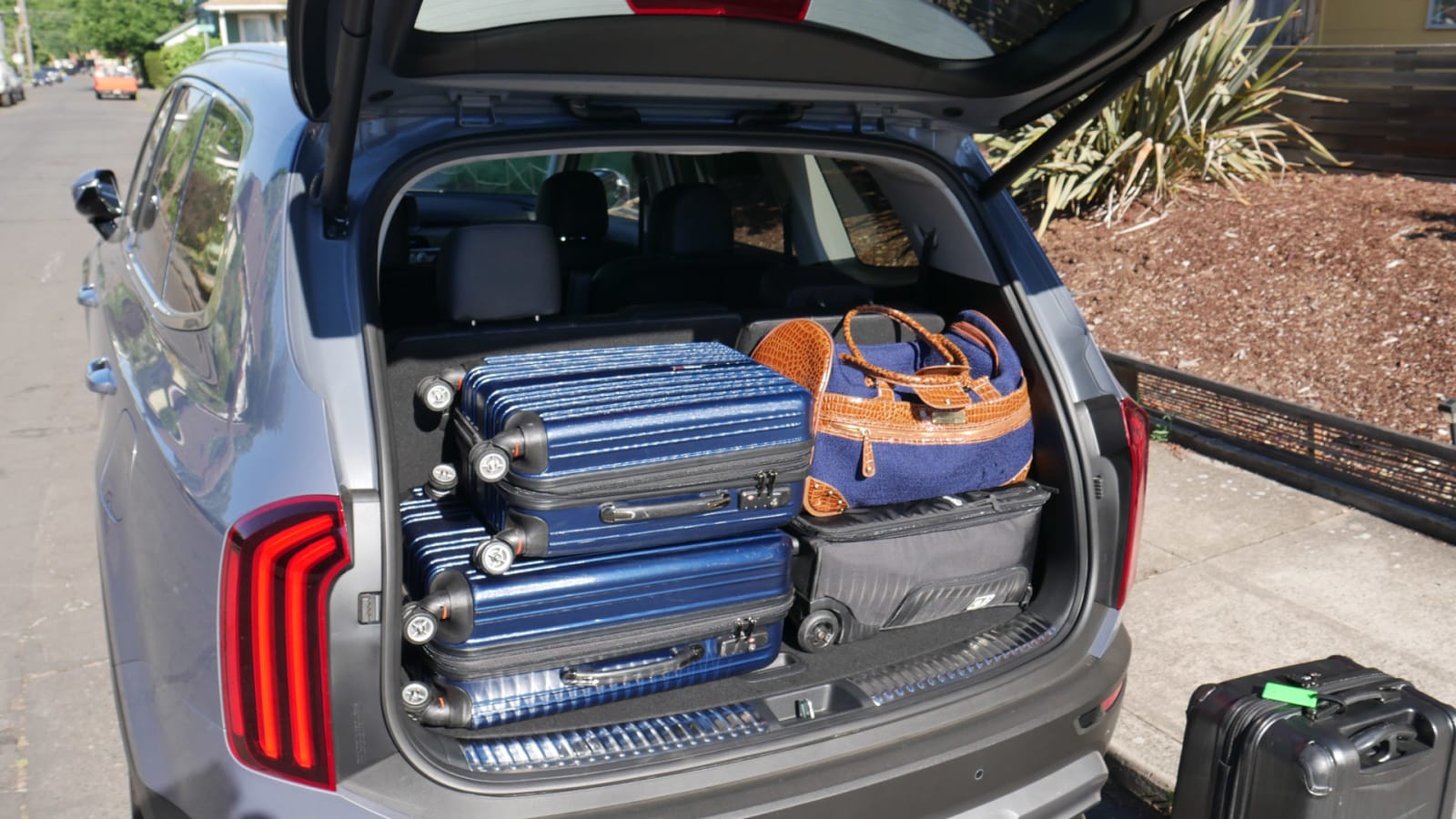 This is the best I could do. The biggest bag and one of the medium roller bags is left behind. That’s worse than the Palisade

and only slightly better than the Toyota Highlander. What gives? 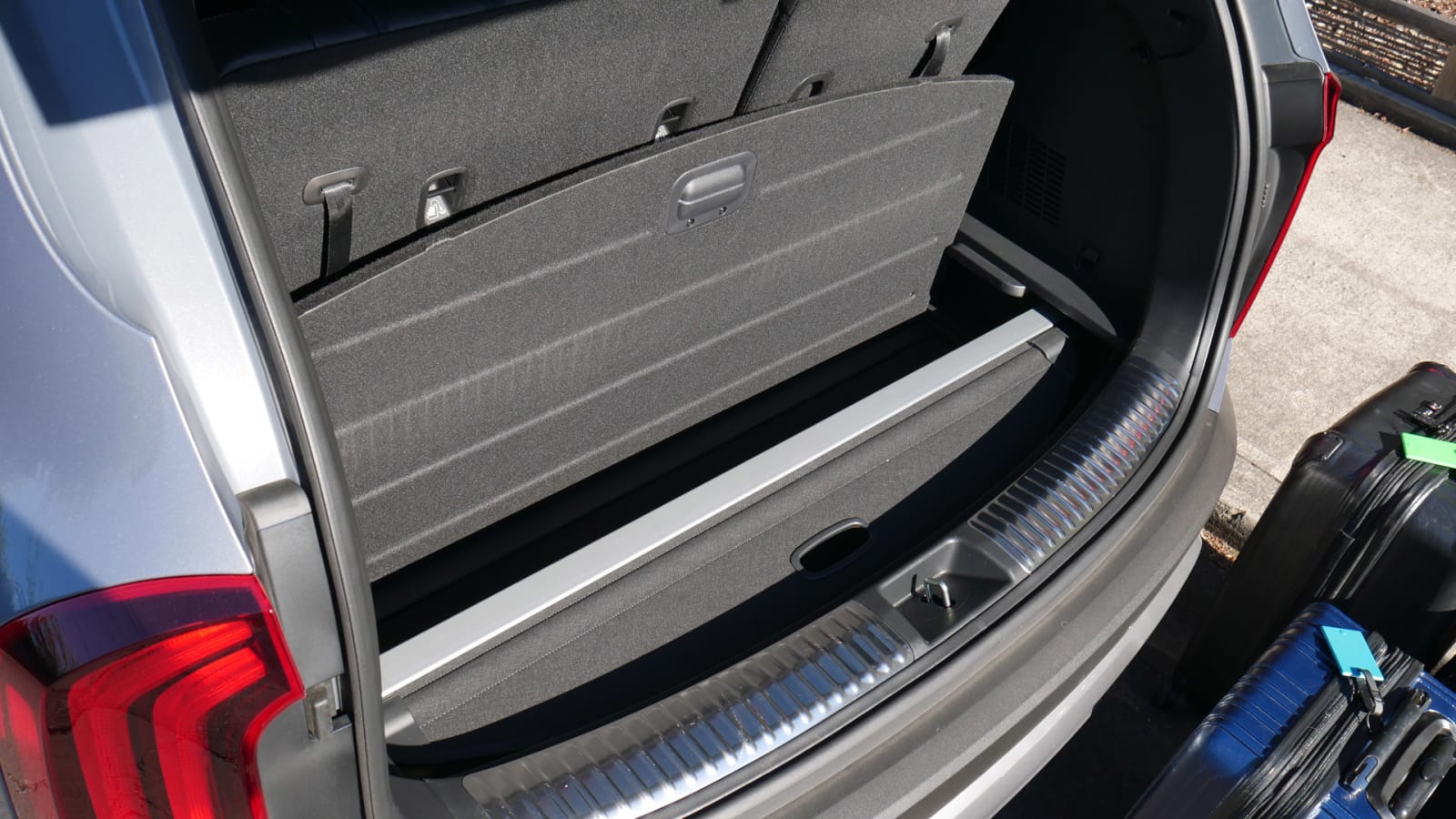 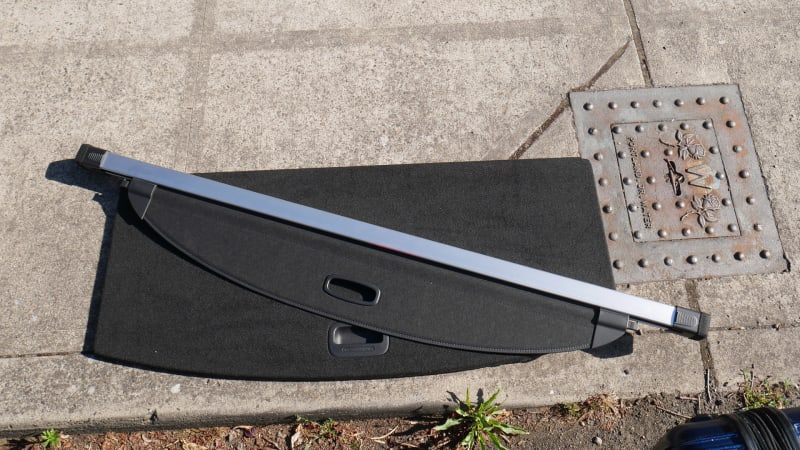 The Telluride’s cargo number includes underfloor space. However! Whereas the Palisade’s underfloor space wasn’t useful for increasing luggage capacity in my test, the Telluride’s is. Just remove the floor and the cargo cover stored underneath (a clever feature itself), and you’re now looking at max capacity. 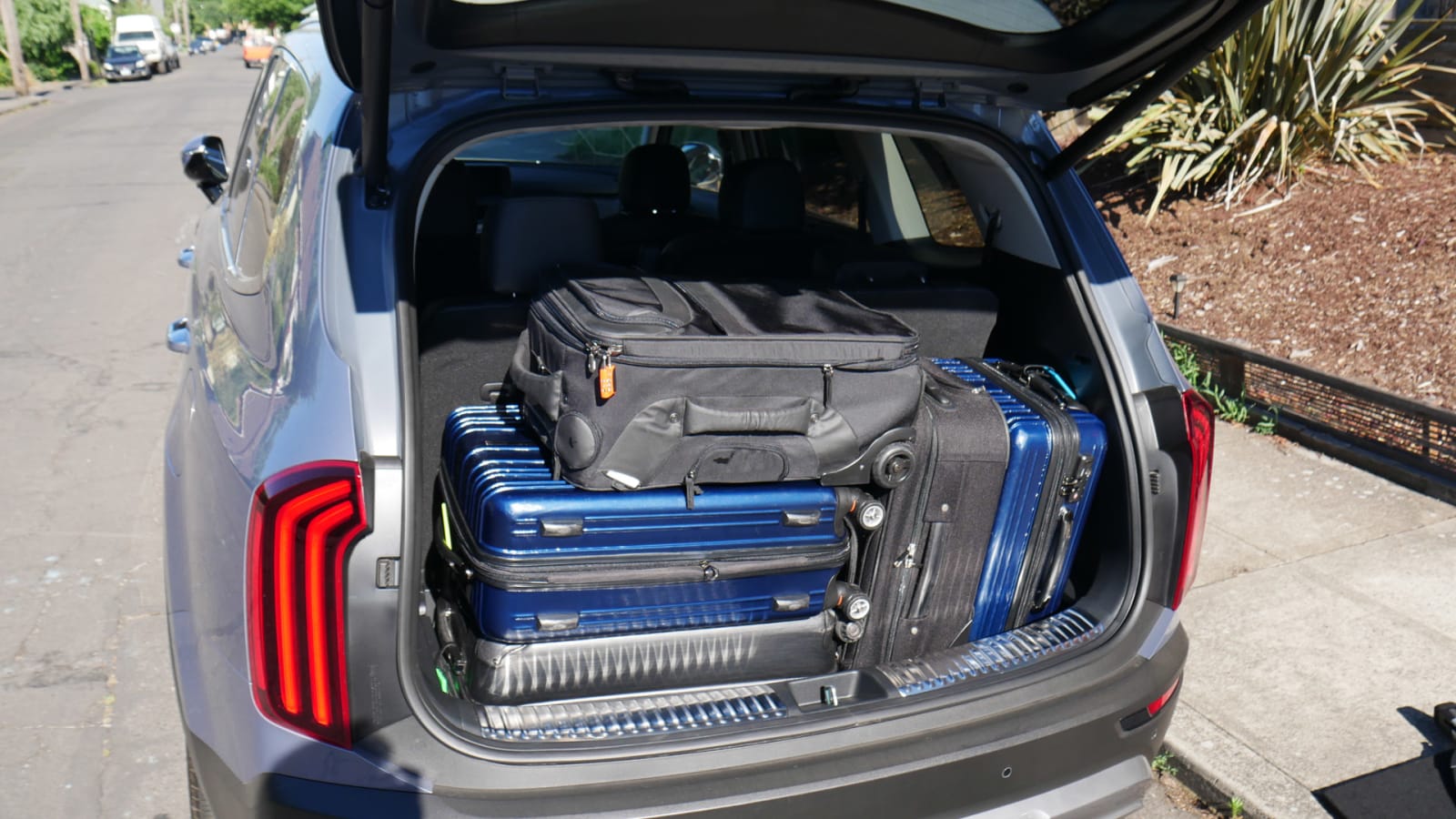 Admittedly, the power liftgate was giving these all a squeeze. Nevertheless, the five biggest bags managed to fit behind the third row. This is indeed better than everything, including the Atlas. The fancy bag didn’t fit, but then as you can see, there’s still room left over there above the two vertically stacked bags as well as in the lower left between bags and wall. I should also note that I set the reclining third-row seatback to a reasonably comfortable angle. If you put it bolt upright, you could fit more … and just deal with unhappy passengers.

So, this conclusion comes with a bit of an asterisk, but not a significant one. The Honda Pilot also achieves its impressive space behind the third row by removing a floor panel. Of course, the VW Atlas

does it au natural, but we’re not grading on a curve here. Telluride is the new three-row luggage test champ. I’ll start minting the trophy.

Porsche is preparing a global recall of the Taycan EV