Lucid Air base sedan will be called the ‘Pure’ 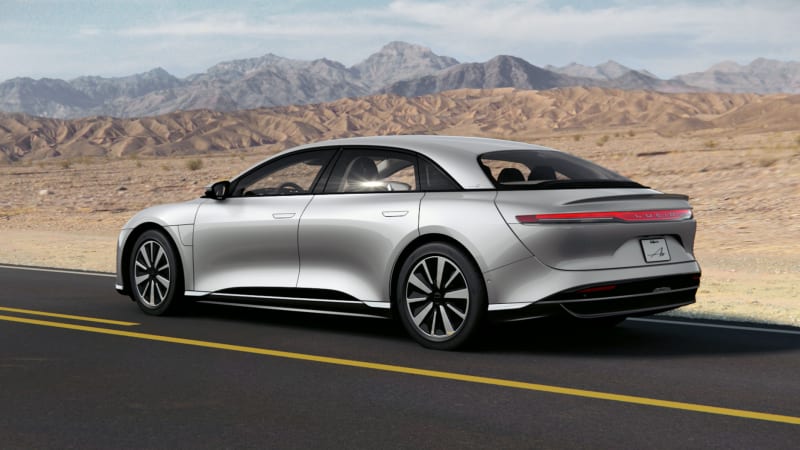 Lucid announced Tuesday that the 406-mile base model of its new Air electric car will be called the “Pure,” and hopefuls who would like to configure one can now find it in the company’s online configuration tool.

“Lucid Motors today announced the official name of its elemental Lucid Air model – the Lucid Air Pure. Starting at $77,400 (before the $7,500 U.S. federal tax credit) and now available to reserve for just $300, the Lucid Air Pure delivers the performance of a 480hp electric motor yet offers a projected range of 406 miles on a single charge,” the company said in its announcement.

When Lucid outlined its production-spec sedan back in September, the company announced that its production offensive would follow the typical top-heavy structure we’ve seen from such startups, leading with its heavy hitters. The Lucid Dream, which is the marquee launch model, packs a 1,080-horsepower dual-motor powertrain that will propel the 500-mile electric car to 60 MPH in under 2.5 seconds as it makes its way through the quarter-mile in just 9.9 seconds, making it the quickest four-door EV

Advertisement
on the planet.

While this is good news for those who aren’t in a position to spring for Lucid’s higher-end models, buyers will still have to wait quite a while to take delivery. Lucid will start building Dream models late this year. The rest of the lineup will follow in descending order of price, meaning the Pure isn’t expected to see the light of day until 2022, but you can reserve one right now for $300 if you’d like to raise your hand.