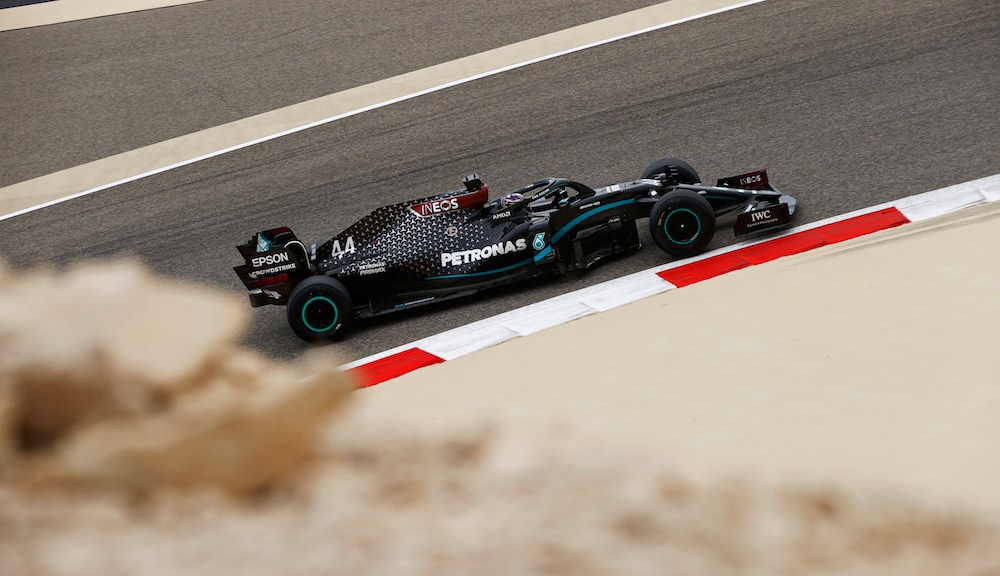 Pirelli’s 2021 tire compound has been criticized by a number of drivers after they were used during Friday practice at the Bahrain Grand Prix.

Last year’s attempts to develop a new tire for 2020 proved fruitless when teams and drivers voted against the new compounds, instead opting to keep the same tires for a second consecutive season. After getting to try prototypes earlier this year in a blind test, the teams were given finalized versions of the C3 and C4 tire in Bahrain to use, but Lewis Hamilton said they’re much worse than the current compounds.

“Oh God, I’m trying my hardest not to say anything…” Hamilton said. “Look, what I want to say is weekend-in, weekend-out every year we have a team here from Pirelli. I have the utmost respect for the guys that come here, load our tires up, bring them here and keep us safe. They do an amazing job.

“Unfortunately… I mean, we’ve had the same tire for the last two years. At the end of 2019 they brought a new tire, which they normally do, and it was quite a bit worse. Then they said, ‘OK we’ll just keep the tires we had last year,’ so they’ve had two years now to develop a better tire and we’ve arrived with a tire that’s three kilos heavier and it’s a second worse per lap.

“I know for the fans it doesn’t really make a difference, but from a driving point of view, we’re working with brands and partners who are at the forefront of technology and elevating and moving forwards. To be going backwards after two years of development, I don’t know what’s happening. It definitely doesn’t feel good, and it’s a worry. I would prefer to just stay on these (current) tires. If that’s all they’ve got, and that’s the best that they can do, which it clearly is, then we’d be better just to stay on this tire.”

Hamilton was not alone in his disappointment with the new tires — both of which were compounds that are the equivalent to ones being used for this weekend’s race — with Max Verstappen also not satisfied with the product he tested.

“It’s difficult to know what compounds we were running, but we were a bit all over the place, to be honest, in terms of grip and balance, so we will look into that and speak to Pirelli about it,” Verstappen said.

Verstappen’s teammate Alex Albon agreed with Hamilton’s assessment of the pace of the tire, placing it at markedly slower than the current compound.

“No, they are slow and they are not really grippy,” Albon said. “I reckon they are over a second off what we have right now, which doesn’t bode too well. We’ll see how it goes.”

Although he was less negative about the 2021 Pirellis, McLaren driver Lando Norris was another who did not feel they were an improvement.

“A little bit trickier to drive, but not a big difference,” Norris said. “They are not a night and day (difference). It is not like they are completely different tire. It is still a similar thing, but I find them a little bit more tricky.”