Polestar has designs to be one of the top all-electric car brands in the world by the end of 2025. The ambitious plans target a dramatic increase in worldwide annual sales by then, which translate to 290,000 cars per year. It sold 29,000 in 2021.

To get there, Polestar has laid out an aggressive launch schedule of three new all-electric models in the next three years. It’s the only type of car it will sell from now on, with the PHEV Polestar 1 nearing the end of its life. The company make no bones about setting its sights set on the likes of Porsche, which, incidentally, had an all-time global sales record in 2019 when it moved 280,800 units.

As if that wasn’t challenging enough, Polestar plans to achieve this goal while developing its own electric motor. The in-house design, Polestar reps told Autoblog, will not be shared with Volvo or any of its other corporate cousins in the Geely group. Polestar’s parent company, headquartered in China, has at least a dozen brands, including Lotus, Lynk & Co., the aforementioned Volvo, the company that makes London cabs, and many others you’ve likely never heard of. 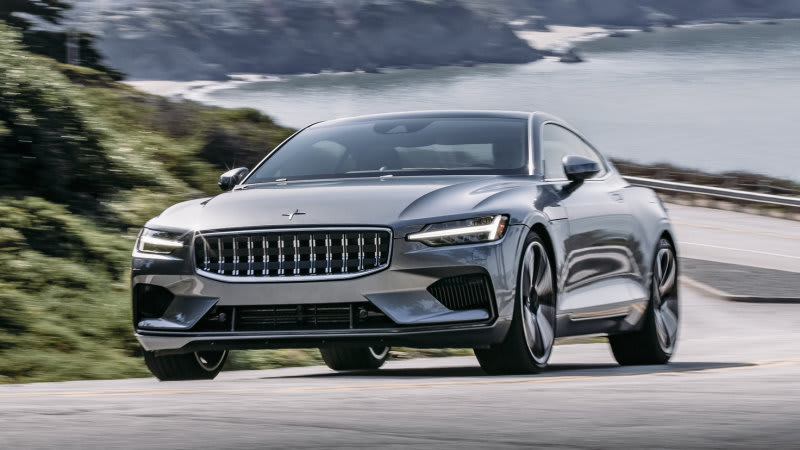 Essentially, Polestar is chasing a Tesla-like trajectory. Tesla started producing its first car, the Lotus-based Roadster, in 2009. It took nearly a decade, until 2018, to break a quarter million in sales with many times along the way where it looked like it would fail like so many other forgotten tech and automotive startups. Polestar didn’t start making its first car that wasn’t a souped up Volvo until the 2017 Polestar 1 (above). If it reaches its goal, it will have surpassed even Tesla’s stratospheric rise.

The next new model to launch will be the Polestar 3 (pictured below), a five-passenger crossover that has the Porsche Cayenne in its sights. Except, it’ll be a battery electric with over 370 miles of range. It should hit the market by the end of 2022. Following that will be the Polestar 4, a smaller crossover explicitly targeting the Macan. It, too, will have 370-plus miles in range and should arrive by the end of 2023. Crossovers are where it’s at, so it’s no surprise Polestar is joining that party.

If all that goes according to plan, the Polestar 5 will arrive by 2024’s end. It’s a large fastback GT sedan that’s slated to go up against — you guessed it — the Porsche Panamera and Taycan. It’s also targeting 370-plus miles, and will be a road-going version of the Precept concept. 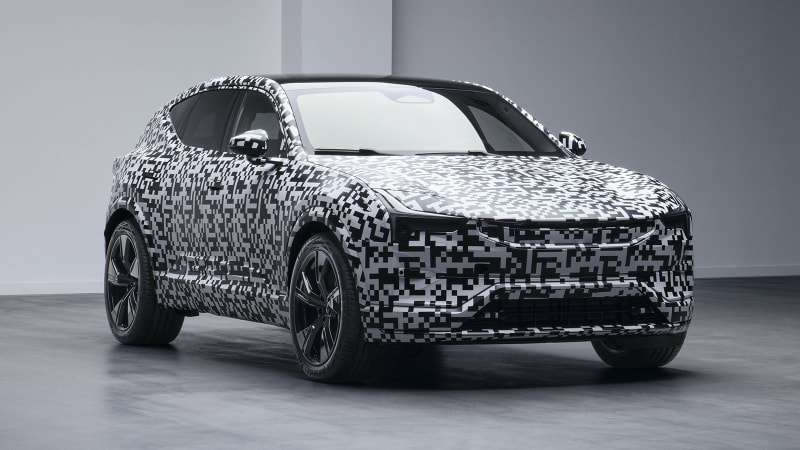 The Porsche comparisons are not ours. They’re Polestar’s, explicitly stated in a business plan it shared with us. The company says it is “going after Porsche in the areas of performance, design and innovation.”

So, rather than going with an off-the-shelf solution made by Bosch or some other supplier, Polestar’s developing its own motor.  Polestar outlined some of the preliminary specs of the P10, as it’s called. The estimated output of 603 horsepower (450 kW) will surpass those of the base Taycan and Tesla Model S, and will be put down via a two-speed dual-clutch transmission.

The reason for taking development in-house and making it exclusive to the brand is so Polestar can tailored it to the requirements of its cars. A Volvo, it reckons, won’t ever need 600 horsepower. The motor is designed for easy integration into a variety of cars, in both single or dual configurations.

Providing juice will be a battery system that can switch between 400 and 800 volts to match the charging infrastructure. It’ll be bi-directional too, able to pump energy back into the grid if needed. With 103 kWh charging, it can achieve 80% capacity in roughly 20 minutes. Unlike the motors, the batteries will be shared with Lotus and Volvo cars. Everything will be contained in a lightweight aluminum spaceframe architecture designed by ex-Formula 1 engineers in an R&D facility in Coventry, England, says Polestar. 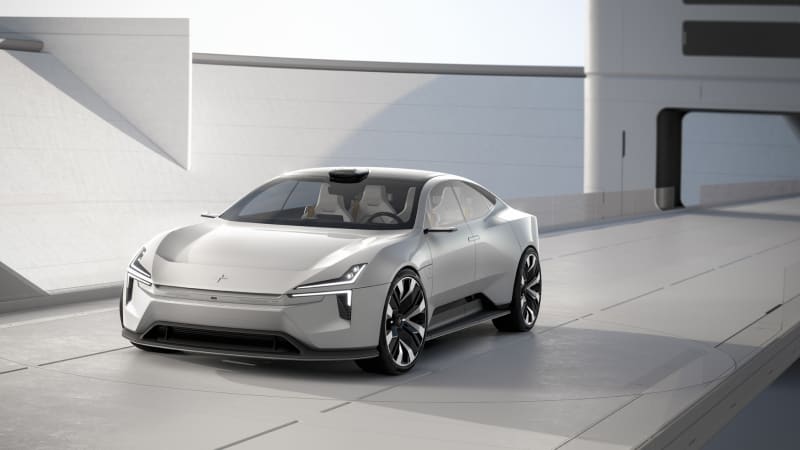 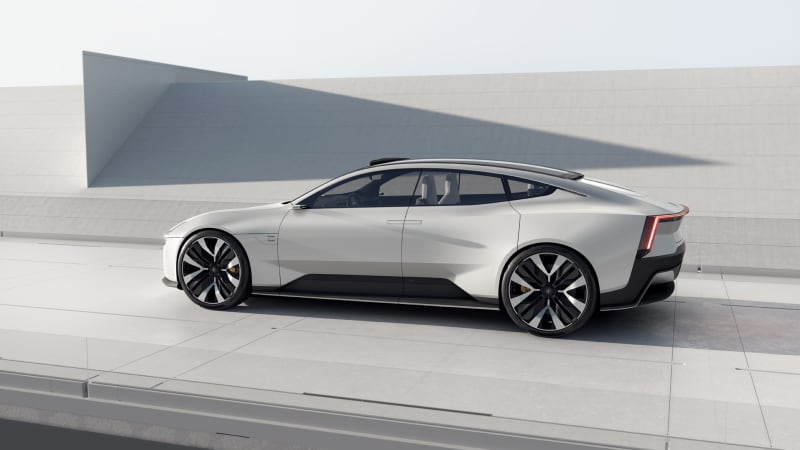 While high-reaching, Polestar’s plan has an advantage over Tesla. Elon Musk had to start from scratch, but Polestar can tap into Volvo and Geely’s manufacturing capacity. It can cut costs by using their procurement networks, logistics and supply chains, even payroll and HR staff.

If the muddle of brands in the Geely group confound you, a comparison can be drawn to the VW Group. It’s not a direct one-to-one, but there you have everything from Skoda to Bugatti. Polestar wants to be the Porsche of the family.

Polestar is currently in the process of adding markets such as South Korea, Australia, and Eastern Europe. When it reaches that goal of nearly 300,000 cars in 2025, it expects its market share to be about 40% Europe, 30% Asia, and 30% North America. Will it be able to grow tenfold in four years’ time? In this day and age nothing is certain, but Polestar is going to try its darndest.