DUBAI — The sisters of prominent Saudi women’s rights activist Loujain al-Hathloul said on Thursday they wanted real justice for her, and the lifting of a travel ban, the day after she was released from prison on a suspended sentence.

Hathloul, 31, has campaigned for women’s right to drive and to end Saudi’s male guardianship system. She spent nearly three years behind bars in a case that drew international condemnation, and remains forbidden to leave Saudi Arabia for five years.

“What we want now is real justice,” Lina al-Hathloul told an online news conference, speaking from Brussels. “That Loujain is completely, unconditionally free.”

She said her sister would fight the travel ban, and that their parents were also unable to leave the country.

Another sister, Alia, said Hathloul was now at the home of their parents, who were overjoyed to have her back. The first thing Hathloul did after speaking to her siblings, they said, was to go to the supermarket for ice cream.

Lina tweeted a picture of Hathloul on Wednesday, smiling but thinner than before, with a new grey streak in her hair.

The sisters said she had lost weight from the hunger strikes she had staged to protest against her prison conditions.

“She’s very strong,” said Alia, who also lives in Brussels. “I’m so proud of her ability to keep high hopes, to be very positive and to say ‘OK, I went through horrible things – but life continues’.”

Loujain al-Hathloul was arrested in March 2018 in the United Arab Emirates, where she was studying, and flown back to Saudi Arabia against her will.

She was one of at least a dozen women’s rights activists who were arrested as Saudi Arabia ended a ban on women driving cars, at least two of whom are still in prison, human rights sources said. 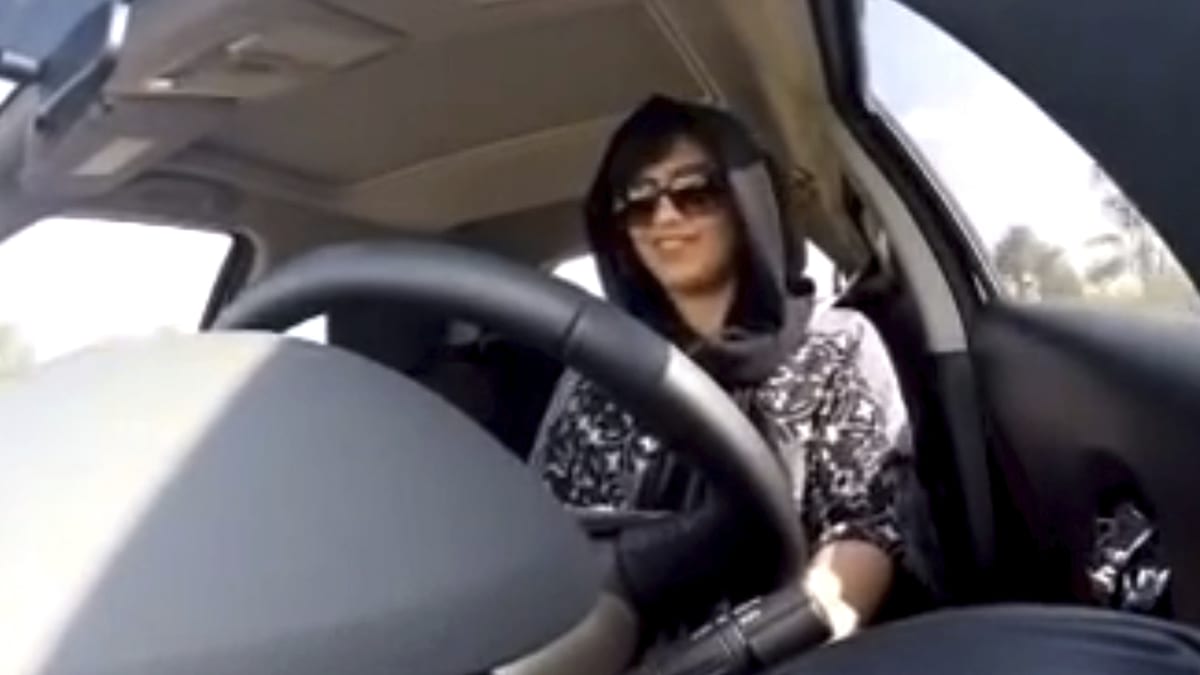 She was given a sentence of five years and eight months last December under broad cybercrime and terrorism laws, for activities including calling for an end to male guardianship and communicating with global rights groups, activists, foreign diplomats and international media. U.N. rights experts said the charges were spurious.

Hathloul served most of the custodial half of her sentence, which is suspended for a further two years and 10 months.

“She is very determined to use all means that exist within the legal framework in Saudi Arabia … in order to obtain her rights,” Alia said. “She was tortured and she cannot forget this very dramatic period in her life.”

Loujain told her siblings that she had not initially mentioned the torture during phone calls from prison because guards had held an “electroshock device” to her ear and threatened to use it if she mentioned her treatment.

An appeals court dismissed the torture claims on Tuesday, citing a lack of evidence, her family said.

Saudi officials have not commented publicly on Hathloul’s conviction, sentencing or release, and the government media office did not immediately respond to a request for comment on Thursday.

Asked whether Loujain would continue her activism, her sisters said her release was conditional, but that they could not elaborate.

Since her charge sheet, which the family made public last year, referred to her social media posts, she risked violating the terms of her release if she posted online again, Lina said.

The sisters were unsure if they are under a travel ban themselves, and said they would not yet risk returning to Saudi Arabia.

Trans Am returns to roots in opening season at Sebring